Post-Ordination:
Will serve at the Church of St. Ignatius Loyola in New York City while completing his Licentiate in Sacred Theology. 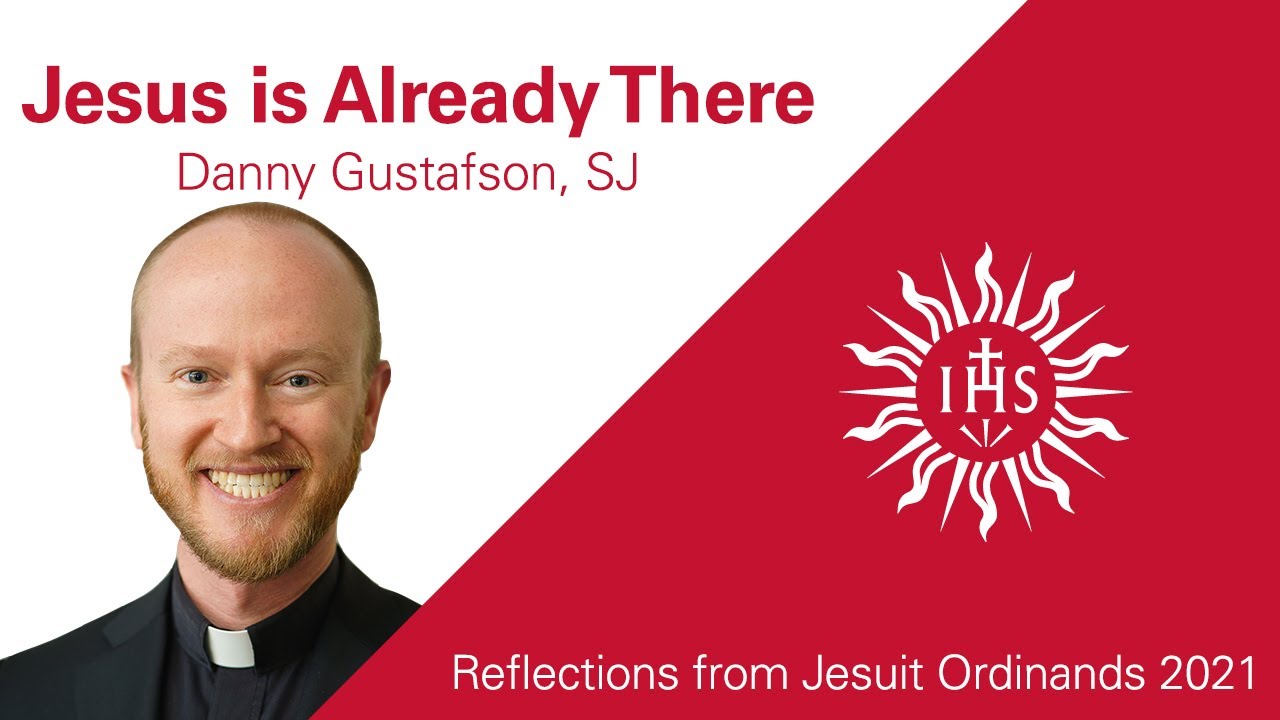 The last day of senior classes at Fordham Prep in May 2018. These students were in one of the sections of a senior religion class Danny taught on Ignatian spirituality and Jesuit history.

Biography:
Daniel N. Gustafson, SJ, was born and raised in Sioux Falls, South Dakota. With the intention of pursuing a career in politics, he attended Georgetown University in Washington, D.C. After internships in the U.S. House of Representatives and a political consulting firm, he concluded God was calling him in a different direction. Thanks to involvement in campus ministry and getting to know many of the Jesuits on campus, Danny applied to the Society of Jesus during his senior year of college and entered the novitiate after graduating with a degree in government and theology in 2011. During the novitiate, Danny served as a grade school tutor and hospital chaplain in Syracuse, New York, an orphanage volunteer in Bolivia, a nurse’s aid in the Bronx, New York, and a religion teacher and campus minister in Philadelphia. He completed his philosophy studies at Loyola University Chicago. While in Chicago he prepared immigrants for the U.S. Citizenship Exam and taught at Arrupe College, a two-year community college at Loyola. His two glorious years of regency were at Fordham Prep in the Bronx. Danny taught religion, assisted with retreats, coached tennis and accompanied students on immersion trips to Rome and Rwanda. During the summers he worked with REACH, a middle school program that empowers high-achieving young men from underserved communities. Theology studies brought him to the Boston College School of Theology and Ministry, where he has completed his Master of Divinity degree and the coursework for a License in Sacred Theology (STL), with a focus on church history. As a deacon, Danny served at Gate of Heaven and St. Brigid Parishes in South Boston. He will complete his thesis for the STL this fall, while ministering at St. Ignatius Parish in New York City. His first Mass will be at Fordham University Church.

What is your favorite book you’ve encountered since entering the Society?
I read “Brideshead Revisited” by Evelyn Waugh for the first time during first studies. It simply blew me away. Aside from Waugh’s excellent prose and the compelling plot, I appreciate that people have different interpretations of what this book is “about.” For me, this book is about the protagonist’s introduction to Catholicism, which comes through his encounter with a Catholic family. Ours is an embodied faith, and I, like the protagonist, have come to know it most deeply through the many wonderful people in my life.

What’s one interesting fact about yourself not everyone would know?
I’m on IMDB! One of my mom’s high school friends works in the movie business. After doing some acting and working on a few sets, he wrote, produced and directed a movie and cast it with locals from eastern South Dakota. We bumped into him at Mass one day when I was in middle school, and he said I would be a great fit for one of the characters in the movie. The next summer we spent about a month filming, mostly in Dell Rapids, South Dakota, the hometown of my mom and the director. The movie is called “Class President.” In an act of great fraternal trust and charity, I’ve shown it to a few close Jesuit friends over the years. They confirmed that I don’t have a future in Hollywood.

What was one particularly meaningful experience you had during your formation, and why was it meaningful to you?
For a few years, Fr. Casey Beaumier, SJ, has worked with small groups of scholastics, training them to prepare and direct preached weekend retreats. I was richly blessed to take part in this experience during my second year at Boston College. Along with four classmates, I prepared 11 retreat talks and shadowed Casey as he was directing a weekend retreat. The sense of camaraderie, mutual assistance, sharing of feedback, laughter and prayer that we enjoyed in preparing our retreat talks were Jesuit life at its very best. I got the chance to deliver my talks and direct a retreat at Manresa House of Retreats in Convent, Louisiana, in early March of 2020, right before COVID shut everything down. The retreatants’ faith, their generosity toward and trust in me, and the chance to journey together through St. Ignatius’ Spiritual Exercises made for one of the most life-giving experiences I have ever had. I’ll borrow a line from one of my classmates to summarize this experience: “As I finished that retreat, I felt like I’d really done something great for God.”

Tell your vocation story. One catch: You must use only six words.
Politics? Maybe not. Jesuits? Thank God.