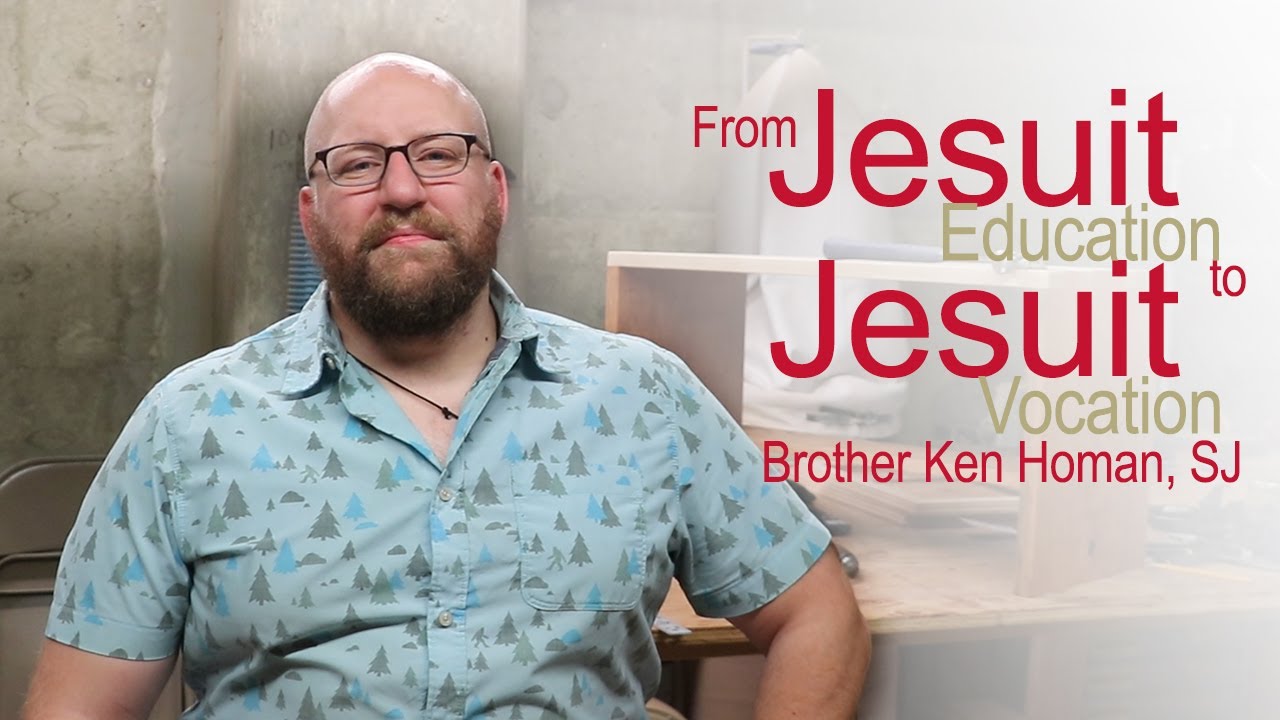 Ken Homan, SJ, is a Jesuit brother from St. Louis, Missouri, where he grew up with his parents and three older sisters. While attending St. Louis University High (SLUH), Ken traveled to the Ignatian Family Teach-In for Justice (IFTJ) where he first heard the call to be a Jesuit. He attended Creighton University for two years where he majored in history and theology and was involved in Amnesty International, ultimate Frisbee, the Center for Service and Justice, campus ministry, GreenJays, the Gender-Sexuality Alliance and the Cortina service-learning community. After two years at Creighton, he entered the Midwest Province of the Jesuits. Ken completed his two years of novitiate in St. Paul, Minnesota, concluding by taking vows as a brother. He attended Fordham in the Bronx for first studies, completing his master’s and bachelor’s. He wrote his master’s thesis on Jesuits and the labor movement in St. Louis’ 20th century. Ken spent the next three years teaching freshman Scripture and junior Catholic social teaching at Marquette High in Milwaukee, where he also coached wrestling and weightlifting, led the group to IFTJ, led retreats and chaperoned backpacking trips. Ken spent two years in Boston completing an Master of Theological Studies. He was an active member of the Boston College graduate worker union. Ken is now pursuing a PhD in U.S. history at Georgetown University. He is expanding on his master’s thesis by studying St. Louis’ Jesuits and labor from slaveholding through the present. He is a graduate assistant at the Kalmanovitz Initiative for Labor and the Working Poor. In his free time, Ken builds furniture, hikes and enjoys photography.

The Ignatian Family Teach-In was the first place I ever felt home, the first place I felt like I belonged, that I could be my truest self. It was there I felt called. I was drawn most by the martyrs of El Salvador, by their witness to faith and commitment to justice. When I entered the Jesuits, I had never heard of brothers. I grew up around plenty of Jesuit priests. As I discerned my own vocation more deeply, two things happened: it was clear that God was asking me to be a brother; and, the life and vocation of a brother appealed to me. I am called to the vows and fellowship/brotherhood of Jesuit life, and I am called to be close to and among the people of God, especially in that work for justice.

The most impactful moment was really a month. I completed an internship learning how to direct 8-day silent retreats. Feeling the awesome trust and faith that people put into God and shared with me was an incredible experience. Over the course of a month, I directed eight retreatants. Listening to their stories, their prayer and their dreams shaped me in new ways while reminding me of finding my own home in faith.

I’ve developed a love for hip hop since entering the Society. Several of my fellow Jesuits have EXCELLENT taste and an exquisite knowledge of the history. I love it because of its history, its voice for justice and its legacy.

Joyfully living is the best witness. 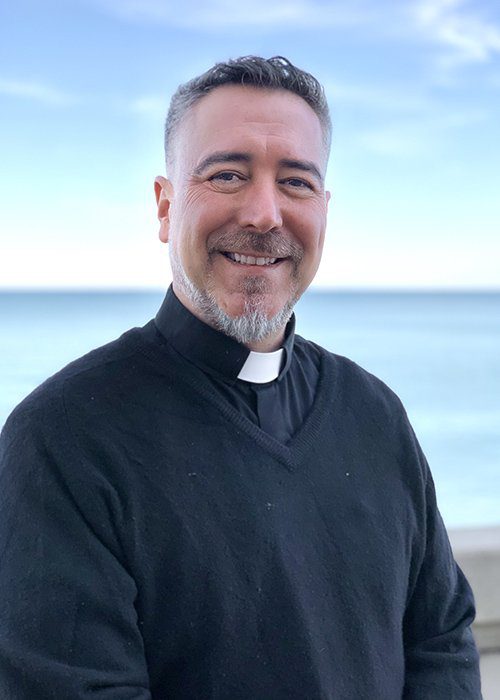 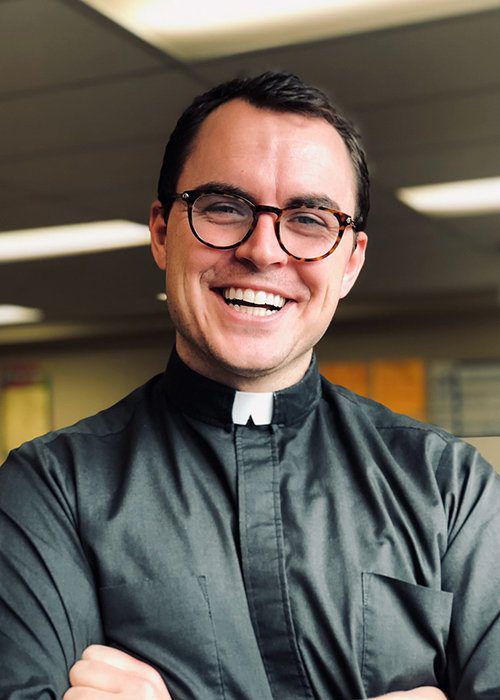