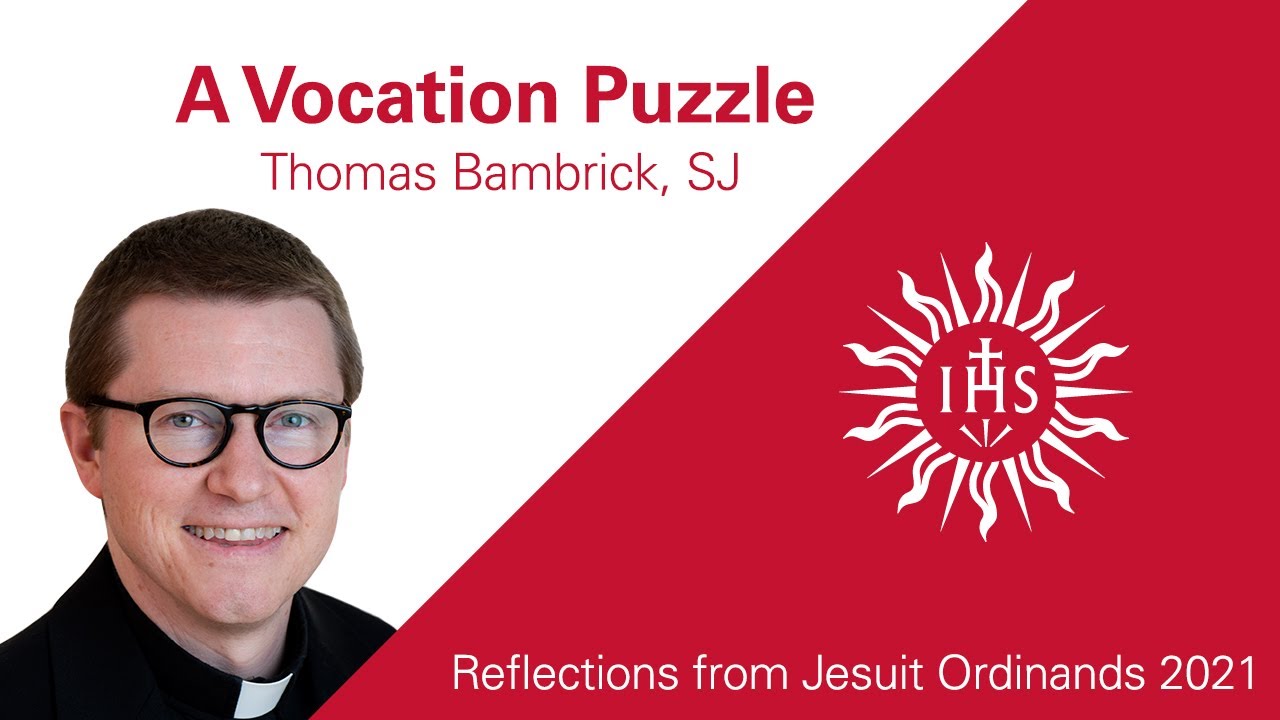 Biography:
Thomas A. Bambrick, SJ, was born and raised in Evanston, Illinois, the youngest of four boys. He met the Jesuits while a student at Loyola Academy in Wilmette, Illinois. He majored in English literature and Italian at Middlebury College, where he discovered his passion for education. After college, he served for two years in the Alliance for Catholic Education (ACE) program, teaching English at Bishop Byrne High School in Memphis, Tennessee, living in community and earning his master’s degree in education through the University of Notre Dame. He then joined the ACE staff for two years, serving as an assistant director for the program and as administrator of the National Task Force on Catholic Education. Drawn back to the classroom and to community living, he moved to Chicago, where he taught English at Cristo Rey Jesuit High School and co-founded a lay intentional community dedicated to simplicity, spiritual growth and social justice. After three years in Chicago, Thomas entered the Jesuits. As a novice, he engaged in ministry with immigrants and incarcerated youth in Minneapolis and with college students and those experiencing homelessness in Detroit. He then spent three years studying philosophy and theology at Fordham University in the Bronx, New York, during which time he also did pastoral work in a hospital and a retirement center. For regency, Thomas was a part of the founding staff at Cristo Rey Jesuit High School Milwaukee, where he taught theology and helped design the Ignatian formation program for students. Most recently, he completed a Master of Divinity at the Jesuit School of Theology of Santa Clara University in Berkeley, California. During these three years, he offered spiritual direction, served as a deacon at St. Patrick Parish in Oakland and was a member of the leadership team of the Jesuit Anti-Racism Sodality (JARS). After ordination, Thomas will serve as director of Jesuit Mission and Identity at Cristo Rey Jesuit High School Twin Cities.

Who’s your favorite saint, and why?
Peter Faber, SJ (Pierre Favre, SJ). He was a great spiritual director and friend. He encountered people with an open heart and helped them to see how God was already at work in their life and where God was inviting them.

What’s one interesting fact about yourself not everyone would know?
I am an NCAA national champion. I was a member of the 2000 NCAA Division III National Champion Middlebury College Lacrosse Team.

What was one particularly meaningful experience you had during your formation, and why was it meaningful to you?
Serving as part of the founding staff at Cristo Rey Jesuit High School Milwaukee was a profoundly meaningful and grace-filled experience for me. My colleagues on the staff taught me what it means to collaborate and struggle together on a common mission, and my students taught me about God’s abundant compassion and love. They helped form me into the person, Jesuit and priest I am today.

What brings you joy?
A good hug! I also experience great joy when I have the privilege of seeing how God is at work in someone’s life and helping them identify and follow where God is leading.