Let us pray in thanksgiving for the life of Fr. Eugene M. (“Dutch”) Dutkiewicz, SJ, who died on January 24, 2021, at St. Camillus Jesuit Community in Wauwatosa, Wisconsin. He was 89 years old. May he rest in peace.

Dutch was born in Milwaukee on June 4, 1931. After graduating from Marquette University High School (1948), he entered the former Missouri Province of the Society of Jesus at St. Stanislaus Seminary in Florissant, Missouri, on August 15, 1948. Dutch became a member of the former Wisconsin Province when it was formed in 1955. He was ordained on June 15, 1961 at the Church of the Gesu in Milwaukee, made tertianship during 1962-1963, and pronounced final vows at Campion High School in Prairie du Chien, Wisconsin, on February 2, 1966.

During regency, Dutch taught chemistry at Campion High School (1956-1958). After ordination and tertianship, he worked in secondary education for almost two decades. In 1963, Dutch returned to Campion where he taught math and was an assistant principal (1963-1969). He then moved to Omaha where he was principal (1969-1980) and taught math (1981-1982) at Creighton Preparatory School.

In 1982, Dutch left secondary education and focused his administrative skills on internal governance and care of the Society. He was the minister of the Weston Jesuit Community in Cambridge, Massachusetts (1982-1985), before being missioned to the former Wisconsin Province office where he was socius for one year (1985-1986) and treasurer for almost three decades (1985-2012). In addition to being Treasurer, Dutch was the Provincial Assistant for: Finance (1998-2010); Pastoral Ministry (1998-1999, 2010-2012); and Retreat Ministries (2010-2012). In addition to all of these jobs at the province office, Dutch was the superior of St. Camillus Jesuit Community (1999-2005). After ending his time as treasurer, Dutch was the revisor of province houses and works (2012-2015) before being missioned to St. Camillus to pray for the Church and the Society in 2015.

Dutch was a pleasant and holy man, with simple tastes, who loved the Church and the Society of Jesus. He was always willing to do what ever was asked to help foster the work of the Society. A practical man and a worker bee, Dutch was involved in a number of construction projects, including building Campion House (in Omaha) and renovating the former Wisconsin Province office (in Milwaukee). When it came time to close Campion Jesuit High School—and after the students, faculty and administrators had left—Dutch was missioned to oversee the province’s interests, determine the disposition of accumulated property, determine the physical academic consolidation required, etc. Without batting an eye, from the second floor side entrance to Campion Hall, he surveyed more than nine buildings and their accumulated history, rolled up his sleeves and said: “Well, let’s get to it!” In short order the whole project was finished. Part of the brilliance of this was that Dutch never looked back but forged ahead with wisdom and efficiency.

Dutch did not know a lot about finances when he began what became a 27-year appointment as treasurer, but he was willing to ask for help and guidance. A quick learner, Dutch not only used his well-earned knowledge for his job at treasurer, but helped others understand the intricacies of money management. He gave good financial advice to a succession of provincials and a multitude of local superiors and directors of works. All in all, a good man and a good Jesuit, steady and strong but also understanding and fully imbued with the ideals of the Society regarding temporal administration.

Dutch was not a man of many words but he was a great companion to many because he truly cared about and listened to others. Many remember and comment on his generosity in care of others—supplying the firewood for a number of Jesuit fireplaces!

Dutch was cremated and, when the St. Camillus Jesuit Community can gather together as one, there will be a funeral Mass. 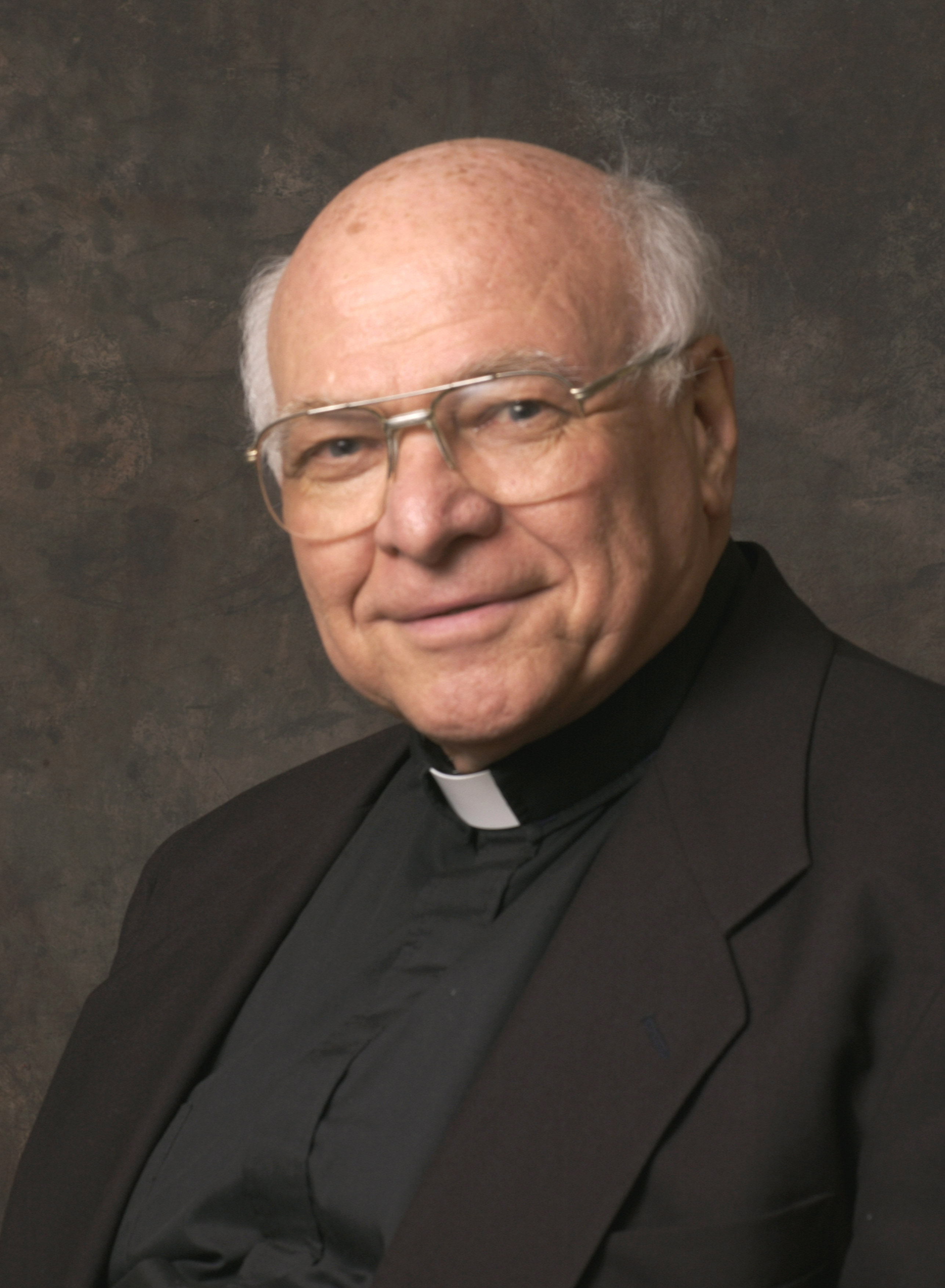