Father Joseph Gavin died peacefully on the morning of 6 October 2019, at René Goupil House, Pickering. He was in his 85th year and in his 65th year of religious life. Joseph was born on 30 August 1935, in Lansdowne, Ontario, the son of Charles Gavin and Leona Leeder. He was taught by Jesuits at Regiopolis High School in Kingston, and entered the Society at Guelph on 30 July, 1954. Following two years of Juniorate, he travelled to Mount St. Michael’s in Spokane for philosophy. Regency began in 1961 at St. Paul’s High School in Winnipeg. Three years later Joseph went to Columbia University in New York for studies in history. He began theology in 1965 at Regis College, Willowdale and was ordained there on 1 June 1968.

For the next four years Joseph studied history at McGill University in Montreal, one of those years he spent in London and Durham, England. In 1972 he did tertianship in Canada. The following year (1973) he was appointed a professor of history at the Gregorian University in Rome. Two years later he continued as professor of history at Regis College, Toronto. In 1978 Joseph moved to Campion College, Regina, where he was installed as its President, a post he held until 1986. A sabbatical followed in England and in 1987 he journeyed to Africa where he taught young Jesuits in Zambia. Joseph’s next stop in 1988 was Loyola College, Montreal, where he lived until 2011, when he became superior of Ogilvie Residence in Ottawa.

Joseph was quite active during his many years in Montreal. He was the founding Director of the Peace Institute, Province Director of Gregoriana, Inc, a fund-raising venture for the international Roman institutions, a professor at Concordia University, and a regular part-time professor at the Gregorian University in Rome. For ten years starting in 2005, Joseph spent several months annually teaching at Campion College. Blessed with much energy and wisdom, he was appointed Superior at Loyola in 2004, guiding the community until 2011. He also enjoyed doing pastoral ministry in the Archdiocese of Montreal, especially at Holy Cross Parish in Rosemere.

In Ottawa Joseph guided a multi-national community and was well-loved by its members. He continued to do pastoral ministry. During the year of 2013 he suffered from pain in his right foot which occasioned a move to the infirmary in Pickering where he lived for many months. He did return to Ottawa after medical treatment seemed successful, but in 2015 severe infection occurred in this foot and on 12 August it was amputated above the ankle. With great determination he did therapy and walking very well he was able to return to Ottawa in 2016 and even drive again. Joseph’s return to Pickering was the result of a disastrous fall outside on Canada Day 2019 which severely injured his neck. With a neck brace he was optimistic for a full recovery. But he was also diagnosed with lung cancer. Again, with courage and determination he chose to take immunotherapy. Just three weeks before his death Joseph began to experience constant pain and heart trouble and it became clear that a recovery was not possible.

The Nash Memorial Lecture Series was founded in 1979 by Joseph to honour Fr. Peter Nash, the first president of Campion College. The annual series attracted many well-known Jesuit and lay lecturers. Joseph was a major contributor to the three volumes of the Dictionary of Jesuit Biography and the three volumes of the Jesuit History Series. A lasting memorial was written by Joseph – Volume 1 in the Jesuit History Series, Teachers of a Nation – Jesuits in English Canada 1842-2013. The publisher, Novalis, describes the volume as “well-researched, thought-provoking and deftly written.”

Would you offer one Mass for the repose of his soul. Members of the Ottawa Community are asked to offer two Masses. 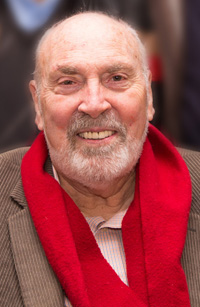