Jesuit Father Jonathan Haschka died on Oct. 3, 2019, at St. Camillus Jesuit Community in Wauwatosa, Wisconsin.  He was 74 years old, a Jesuit for 56 years, and a priest for 44 years.

Born in Milwaukee on March 18, 1945, Jonathan attended Visitation Grade School in Minneapolis and Campion High School in Prairie du Chien, Wisconsin.   He entered the Society on Aug. 14, 1963, and had the usual Jesuit course of studies at Jesuit College, St. Bonifacius (MN) and St. Louis University.  Jonathan was ordained on June 20, 1965, made tertianship in Omaha and pronounced his final vows on April 22, 1982.

Jonathan did regency at Creighton Prep in Omaha.  After ordination he earned an M.F.A. degree from the University of Georgia and taught sculpture at Creighton University (1977-1985).  After serving three years as minister in the St. Paul Novitiate Jesuit Community and three years as minister in the Marquette University Jesuit Community, Jonathan began twenty years of service as a minister, local superior, and pastor in Africa — in Nairobi, Kenya (1991-2001) and Mwanza, Tanzania (2002-2011). He returned to the Wisconsin Province to serve as superior of the St. Camillus Jesuit Community (2011-2015) and remained in that community until his death.

Jonathan was a zealous Jesuit priest with the instincts and imagination of an artist.  He produced numerous works of art during his years teaching sculpture at Creighton University.  He also brought an unusual amount of energy and creativity to his long years of service as a minister, formator, and superior both in his home culture and in Africa.  Jonathan loved spending time with his Jesuit brothers at Waupaca.  He bore patiently some years of poor health that put limits on his ministry.  Jonathan lived a simple but never a dull life.

Jonathan is survived by four brothers, including David Haschka, S.J. 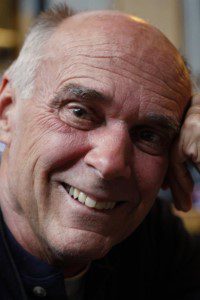