Born in Mankato, Minnesota on March 3, 1932, Fr. Hottinger attended Ss. Peter and Paul Grade School and Loyola High School in Mankato before entering the Society at St. Stanislaus Seminary, Florissant, Missouri on August 17, 1950. He had the usual Jesuit course of studies at St. Stanislaus, Saint Louis University, and St. Mary’s College. Fr. Hottinger was ordained on June 11, 1963, made tertianship 1964-1965, and pronounced his final vows on August 15, 1966.

After teaching during regency at Marquette University High School in Milwaukee, Wisconsin, and Campion Jesuit High School in Prairie du Chien, Wisconsin, Fr. Hottinger’s subsequent years of active ministry were all pastoral in nature. From 1965 to 1981 he served as associate pastor and pastor at St. Benedict’s Church in Omaha, Nebraska. Between 1981 and 1987 he ministered to Native Americans at Our Lady of Sorrows in Kyle, South Dakota and at St. Isaac Jogues in Rapid City, South Dakota. Finally, from 1988 to 2008 Fr. Hottinger was an associate pastor of Ss. Peter and Paul Church in his home town of Mankato and continued until 2014 to do pastoral ministry in Mankato even after the Society no longer staffed Ss. Peter and Paul. Failing health led to his moving to St. Camillus, where he remained active in pastoral ministry almost to the day of his death.

Fr. Hottinger will be remembered by thousands of parishioners, many of them poor, for his kindness and pastoral zeal. He had a booming voice, worked hard and enthusiastically, but was a gentle pastor and a faithful Jesuit priest and companion. Fr. Hottinger was remembered in an article in the Mankato Free Press, entitled A Life Remembered: Hottinger Known as Gentle, Caring Priest. 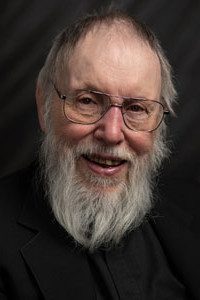