On November 25, in the early afternoon, Fernand Jutras passed away at the Richelieu infirmary. He had been dealing with a degenerative muscle disease for several years now. This is why he had asked the Provincial, in 2016, to join the Richelieu community in order to receive the care he needed. In the early evening of November 24, he suffered a heart attack. When brought to hospital, it was discovered that he also had pneumonia. Fernand expressed the wish not to receive any extraordinary care. He preferred returning to the Richelieu residence to pass away peacefully, surrounded by his peers at the infirmary.

Fernand was born in Nédelec, in the county of Témiscamingue (Quebec), on December 9, 1940. He was the eldest of five children. After having completed his high school and collegial studies at the Sacred Heart College in Sudbury, he entered the novitiate in St. Jérôme on August 14, 1960. Though he seemed rather timid and shy, he was quite assertive with his classmates and discovered that theater enabled him to express himself and to overcome his natural shyness. As part of the Marian Congregation for four years, he developed a habit of personal prayer and took the time, over those years, to reflect upon becoming a Jesuit.

Once he completed the novitiate, Fernand did two years of philosophy at the Collège de l’Immaculée-Conception, in Montreal, and then spent the next two years at Laval University, where he earned a bachelor of arts degree. He then did a year of regency at his alma mater, the Sacred Heart College of Sudbury, before starting theology in 1967. After his first year of studies at the Faculties of the Society, in Montreal, he continued his formation at the Faculty of Theology of the Université de Montréal. He was ordained to the priesthood with seven other classmates on May 16, 1970.

Before becoming a priest, Fernand had thought long and hard about the commitment he was about to make. He had written the following to the Provincial, Fr. Florian Larivière: “In this day and age, the priesthood does not seem very reassuring. Only a faith based on knowing that God’s Church will always need priests and that it will be open to new possibilities regarding this role, can offer one some certainties…” From 1971 to 2016, he carried out different ministries and professional activities, always in Montreal, remaining faithful to the apostolic mission he had given himself. “Putting catechism at the forefront,” that is thoughtfully conveying the principles of Christian faith, enlightened his apostolic journey at the Immaculée-Conception Parish, with young couples preparing to wed, and at the Rosalie-Jetté Centre for single mothers.

In 1984, his apostolic life took a new turn. Fernand agreed to join the editorial team of the magazine Relations, where he was the editorial secretary for several years. He also worked at the Centre for Justice and Faith, where he was twice the interim director. He was in his office every day by 7:00 a.m. and rarely left before 4:30 p.m. In 2000, he left the Centre to replace Fr. Marcel Laberge as provincial treasurer and fulfilled those duties until 2014.

While committed to his apostolic and professional duties, Fernand also agreed to be the superior of several communities, including the novitiate, from 1979 to 1983. He was also a consultor to the Provincial from 1989 to 1995. On the occasion of the jubilee of his religious life, the Superior General at the time, Fr. Adolfo Nicolás, stated the following in his congratulatory letter: “You always lived those years under the sign of availability by generously responding to the requests of your superiors and by wholeheartedly fulfilling your duties, with the desire to do your best and to use the many talents that the Lord bestowed upon you.”

There will be a viewing in the chapel of the Notre-Dame Residence, in Richelieu, on Saturday, December 7 before the funeral, which will be held at 2:00 p.m. His superior, Michel Corbeil, will preside the Eucharist and Élisabeth Garant, the director of the Centre for Justice and Faith, will give the eulogy for Fernand Jutras. 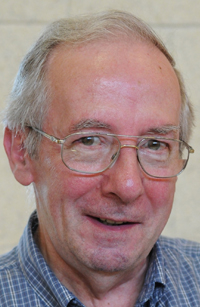