Jesuit Father George V. Kennard, 94, died Feb. 27, 2014, at Regis Infirmary, Sacred Heart Jesuit Center in Los Gatos, Calif. after a brief illness. He was a Jesuit for 76 years and an ordained priest for 64 years.

Fr. Kennard was born in Sioux Falls, S.D., on March 24, 1919. The family moved to Kewanee, Ill., and eventually to Los Angeles. Fr. Kennard had long desired to be a priest and entered the Jesuit novitiate at Los Gatos in 1937. Studies took him to St. Louis University, where he obtained his bachelor’s and master’s degrees. It was here that he developed his lifelong interest in philosophy and where he would later return to teach. After a stint at teaching at St. Ignatius College Prep and the University of San Francisco, Fr. Kennard studied theology at Alma College, Los Gatos, and was ordained a priest in 1950.

Upon completion of studies, Fr. Kennard taught philosophy at Loyola University, Los Angeles, 1952-57 and Santa Clara University, 1957-60. At both universities, he was involved in a plethora of interests and activities. He pursued graduate studies in philosophy at the University of California, Berkeley.

His varied interests in political, social and philosophical problems took him in many, often controversial, directions. He lobbied for social action in fair housing practices, preached against racial discrimination, and was involved in ecumenical dialog. He was a musician and jazz aficionado who once wrote the liner notes for a modern jazz LP (Shelly Manne and His Men, v.5, released 1957) and played trumpet in the university pep bands at St. Louis and Santa Clara.

In his retirement years, Fr. Kennard delighted in playing keyboard at community barbeques. He kept up with trends in theology and presented a philosophical paper on Vatican II at a 2013 symposium in Philadelphia. He remained active until a few weeks before his death, playing tennis with friends, and travelling around the Santa Clara Valley by bus and bicycle.

Fr. Kennard was predeceased by a brother, Vincent, and is survived by a sister, Constance, of Bend, Ore. 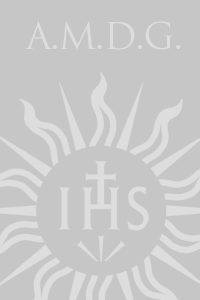