Jesuit Father Gilles Morissette died in the evening of May 12, at the infirmary of Richelieu. He had experienced health problems for many years. In January 2017, he came to live in Richelieu because his physical condition had deteriorated and he required daily care.

Fr. Morissette was born in Cap Santé, in the county of Portneuf, Quebec, on February 18, 1939. After completing his high school and college studies at the Collège des Jésuites de Québec, followed by a year of social science studies at Université Laval, he entered the novitiate in Saint-Jérôme on August 14, 1962. He had been preceded in the Society by two of his brothers, Bernard and Martin. Bernard exercised his apostolic ministry in Brazil, but he ended his days in Richelieu in 2009. Martin left the Jesuits after his first studies in 1963.

Once he had completed his novitiate, Fr. Morissette studied philosophy for two years at the Collège de l’immaculée Conception in Montreal and then did two years of regency at the Collège du Sacré-Cœur in Sudbury. He began his studies in theology in 1967 at the Faculties of the Society of Jesus in Montreal, then continued them at the University of Montreal; he completed his theological training by studying privately under the direction of Father François Bourassa. He was ordained a priest in Montreal, along with seven other confreres, on May 16, 1970.

Fr. Morissette had expressed, even before he was a priest, his desire to go on a mission. In his letter to his provincial in 1966, he clearly stated what was in his heart: “I am very interested in the apostolate among the neopagans, recommended by the 28th and 29th General Congregations and so dear to John XXIII. I know that in Quebec itself, it will be a very accessible ministry in a few years’ time: the number of practicing Catholics is decreasing and I could aspire to devote myself right here, but it would appear to me to be a concession to an easier life. The passage into a foreign environment forces me to strip away all the accessories that a given civilization carries… Thinking of mission, I have always had black Africa in my mind: I have always been fascinated by this world that is so close to life, rich in an age-old tradition… this world that vibrates with everything that is alive.”

Fr. Morissette was unable to realize this desire, which he insisted, however, on expressing once again to a provincial during the 1970s. However, the project of being a missionary was realized here in Quebec with ordinary workers, in the various places where he was involved for nearly 15 years, from 1971 to 1988, always in very modest jobs. It is in this work environment that he felt closer to God and experienced what he had wished when receiving priestly ordination: being an instrument of God. By simply being close to people, he wished that “they could grasp that this God is incarnate and that he speaks in everyone’s life”.

Before taking up the position of novice master, from 1989 onwards, he had been superior of small communities. He had also accepted to be the superior of the community of Bellarmin House in 1983, “to promote the establishment and harmonious development of the Centre justice et foi”, as he himself had expressed to the provincial who had asked him to fulfill this mission. He was, in a way, an itinerant Father Master: during the nine years he was responsible for the formation of novices, he lived with them in three different places in Montreal: 1308 Sherbrooke Street East, the parish of the Immaculée-Conception and Villa Saint-Martin.

From 1998, he lived in Montreal for a few years before moving to Quebec City, mainly at Maison de la rue Dauphine, from 2003 to 2017. He would live with health problems (diabetes, and prostate cancer), which gradually undermined his physical health. He devoted much of his time to spiritually accompanying people “who have been placed on his way” and to offering the Ignatian Exercises.

Fr. Morissette expressed himself more in writing than in words. Throughout his life in the Society, he offered himself with great openness to his superiors by writing about his experiences and thoughts. On the occasion of his jubilee of religious life in 2012, Father General, in his letter of congratulations, addressed these words to him: “You have been very interested in Ignatian spirituality, you have cultivated this interest throughout your years in the Society; and, similarly to the first companions of Saint Ignatius, you have drawn a model and inspiration for your apostolic life”.

His brothers Martin and Hermann, his sisters Louise, Odile (Léandre Cloutier), Céline, Denise (Sister of the Good Shepherd of Quebec) and nephews and nieces survive him. 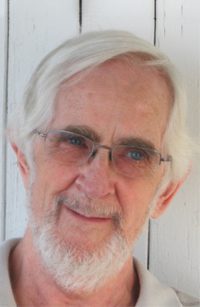