Fr. Nevins was born on March 28, 1932 in Chicago. He entered the Chicago Province of the Society of Jesus as a brother on Sept. 2, 1951 at Milford, Ohio. Fr. Nevins requested priestly ordination, and after Theology studies, was ordained on June 12, 1980 at Madonna della Strada Chapel on the campus of Loyola University Chicago. He took final vows on Aug. 15, 1962 in Oak Park, Illinois.

Before entering the Society, Fr. Nevins graduated from Campion High School in Prairie du Chien and completed a year of study at Marquette University. He received bachelor’s and master’s degrees in Theology School of Applied Theology at Berkeley (1969-1972). He also received a Master’s of Divinity from Loyola University Chicago (1981).

As a Jesuit brother, Fr. Nevins served the Society internally as registrar of West Baden College in Indiana (1953-1958) and as secretary to the Chicago provincial (1958-1969). In 1973 he changed his focus to pastoral ministry. He worked on the pastoral visitation team at Holy Family Church in Chicago (1973-1977) and participated in the Archdiocese of Chicago’s permanent diaconate training program as a special student (1975-1977). After ordination, Fr. Nevins was a chaplain at various hospitals: Cook County Hospital (Chicago), Children’s Hospital of Michigan (Detroit), St. John Hospital (Detroit), Good Samaritan Hospital (Cincinnati), John H. Stroger Hospital (Chicago). He also was associate pastor at Holy Family Church (1986-1988). He moved to St. Camillus in 2012 to care for his health.

Fr. Nevins was a gentle, kind, soft-spoken man who always had a smile for those he met. He was a magician and ventriloquist and used his talents to teach about God’s love and to bring joy to others — especially children in hospitals. Fr. Nevins’s ventriloquist dummy, Shamus, was an Irish monk who wore a green habit. 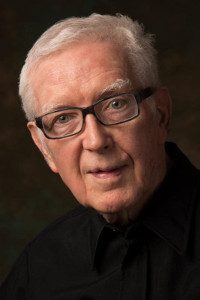