Jesuit Father Robert J. Ochs died on May 4, 2018, at Colombiere Center in Clarkston, Michigan. He was 88 years old.

Fr. Ochs was born on Jan. 22, 1930, in Wichita, Kansas. He attended his first year of high school in Sioux City, Kansas, before moving to Chicago and finishing high school at Loyola Academy in 1947. Fr. Ochs earned a Bachelor of Science in Mathematics from Loyola University Chicago in 1951. He studied at the Université catholique de Louvain in Belgium before entering the Society of Jesus at Milford, Ohio, on Sept. 15, 1952. Fr. Ochs was ordained on July 26, 1961 in Innsbruck, Austria and pronounced final vows on April 22, 1972 at Augustana Church in Chicago.

In the Society, Fr. Ochs earned a master’s degree in philosophy (1958) from West Baden College in West Baden Springs, Indiana and a Licentiate in Sacred Theology (1962) from Jesuitenkolleg in Innsbruck (Austria). After studying a year at the University of Chicago and a year at the Sorbonne (Paris), Fr. Ochs earned a Ph.D. in theology from Institut Catholique de Paris (1969).

Fr. Ochs taught math and French at University of Detroit Jesuit High School for his regency. Upon completion of doctoral studies, he was a professor of theology at the Jesuit School of Theology in Chicago for two years (1970-1972) before teaching spirituality for one year with “Seekers after Truth” in Berkeley, California (1972-1973). After further studies in theology (1973-1976), Fr. Ochs was an adjunct professor of theology at the Jesuit School of Theology at Berkeley (1976-1981). Fr. Ochs was a researcher and writer from 1981 until he moved to Colombiere Center in December of 2017 to care for his health. During those years his attention to the workings of the Spirit and his intense engagement with ideas never diminished.

Fr. Ochs published two books: “The Death in Every Now” (1969) and “God Is More Present Than You Think” (1970). Fr. Ochs studied the Enneagram system of personality and is significantly credited with bringing it to Catholics in the USA — first to the Midwest Jesuits and then to students at Berkeley. The Australian Institute for Enneagram Studies website has this to say about Fr. Ochs: 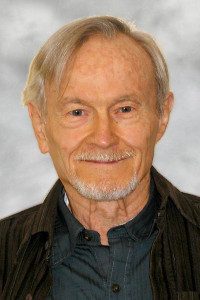