We pray for the following grace:

Let us pray for the grace of courage to live into our vocations, individually and as the people of God.

While the crowd was pressing in on Jesus and listening to the word of God, he was standing by the Lake of Gennesaret. He saw two boats there alongside the lake; the fishermen had disembarked and were washing their nets. Getting into one of the boats, the one belonging to Simon, he asked him to put out a short distance from the shore. Then he sat down and taught the crowds from the boat.

After he had finished speaking, he said to Simon, “Put out into deep water and lower your nets for a catch.”

Simon said in reply, “Master, we have worked hard all night and have caught nothing, but at your command I will lower the nets.”

When they had done this, they caught a great number of fish and their nets were tearing. They signaled to their partners in the other boat to come to help them. They came and filled both boats so that the boats were in danger of sinking.

When Simon Peter saw this, he fell at the knees of Jesus and said, “Depart from me, Lord, for I am a sinful man.”

For astonishment at the catch of fish they had made seized him and all those with him, and likewise James and John, the sons of Zebedee, who were partners of Simon.

Jesus said to Simon, “Do not be afraid; from now on you will be catching men.”

When they brought their boats to the shore, they left everything and followed him.

All you holy women and men, pray for us!

Pope Francis continually urges us toward our own capacity to co-create the world with God.

“Some respond to the suffering of a crisis with a shrug.  They say, “God made the world this way, that’s just how it is.” But such a response misinterprets God’s creation as static, when it’s a dynamic process.  The world is always being made… God wants to bring forth the world with us, as partners, continually…”

“In the Genesis account, God commands Adam and Eve to be fruitful.  Humankind has a mandate to change, to build, to master creation in the positive sense of creating from it and with it.  So what is to come doesn’t depend on some unseen mechanism, a future in which humanity is a passive spectator.  No: we’re protagonists, we’re – if I can stretch the word – co-creators.  When the Lord told us to go forth and multiply, to master the earth, he’s saying: Be the creators of your future.” (Pope Francis in Let Us Dream, pg. 4)

Bless us with the courage to answer your call to a life of love and mercy in the specificity of the challenges of our time.  Give us also the humility to do this with people who we think are unworthy or that do not agree with us. 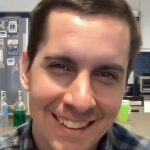 Paul is the author of “Audacious Ignatius” and “Sorin Starts a School: The Foundation of Notre Dame.”  He speaks and writes in the service of lay formation at at paulmitchell.blog.