A cannonball strike kept Saint Ignatius stuck in bed. Thank God for that.

She got to the part when the very worldly soldier and pre-conversion Ignatius is stuck convalescing in bed after getting hit in the leg with a cannonball at the Battle of Pamplona. The follow-up conversation with her mother went something like this:

“Do you think Ignatius was happy or sad to be stuck in bed?” the kiddo asked. 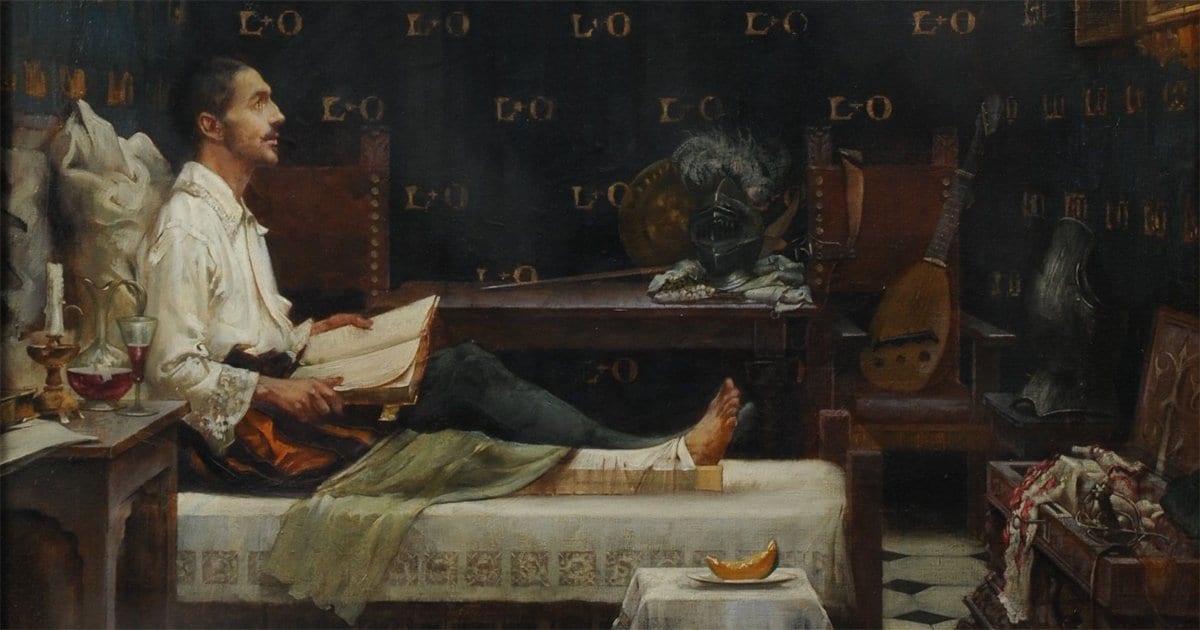 But our daughter had noticed the book’s beautiful illustration of Ignatius pondering the lives of the saints from his bed. In the picture Ignatius is smiling. She studied it for a moment.

“I think he was happy,” she replied, matter-of-factly. 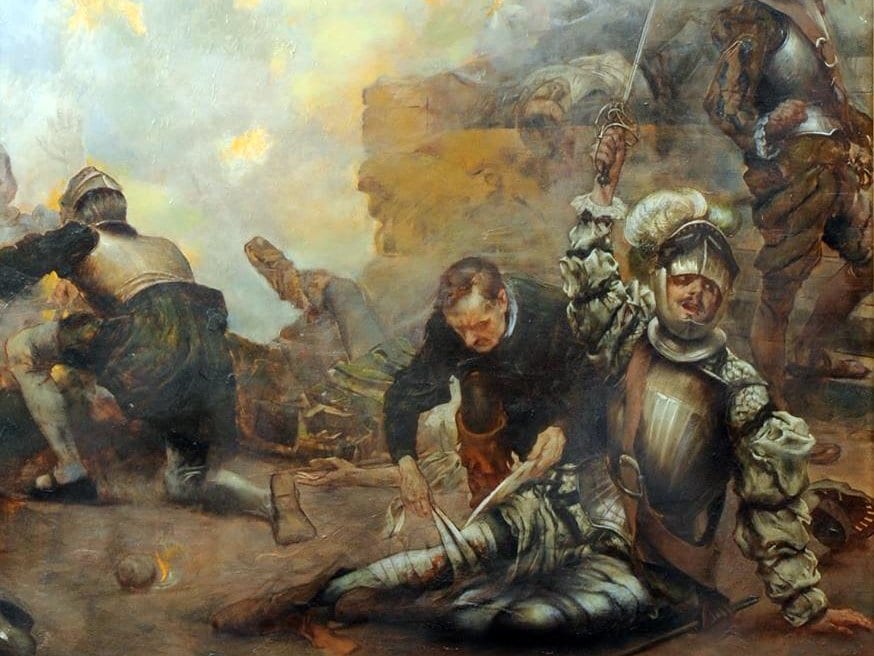 I wonder if our daughter read her own life into those pages. Like many of us, and like the injured Ignatius, she’s not going anywhere: no school, no dance class, no library, no playground. As her favorite thing to do is go on outings, the quarantine is a big source of boredom and disappointment for her.

But there’s real joy for her mixed in with the frustration: She gets to spend more time with her mom and me, who are still her favorite people. Her toddler sister is growing older and learning how to be a real playmate.  Just as in Ignatius’ experience, there is some goodness here to find. This little interaction has led me to wonder what wisdom we can find today in the aftermath of Ignatius’ fateful run-in with the cannonball, which happened on May 20, 1521 – exactly 499 years ago. (The worldwide Jesuits will be celebrating this event’s big 500 next year in a special way.) Three ideas come to mind.

Ignatius spent time in convalescence letting his imagination wander. He imagined going back to a life of daring chivalry. He also imagined himself following in the footsteps of the saints. The former dream left him dissatisfied and desolate; the latter filled him with peace. He trusted that God was speaking to him through this human experience and this trust led him down a new path. I love this part of the story. It reminds me to pay attention to my own thoughts and feelings in the middle of this pandemic and to see them as important places for God to be found already at work in my life. Also, it assures me that time wandering around my neighborhood with my brain switched “off” of work and family life, just giving my imagination space to stretch out, is valuable time!

Ignatius’ conversion didn’t just happen with the snap of God’s providential fingers. It wasn’t like the cannonball hit his leg, he sat up on the battlefield and said, “Well, I’m ready to found a religious order now!” It wasn’t a “lightning strike on the Road to Damascus” sort of moment. Ignatius’ conversion took plenty of time and required lots of discernment. (The convalescence time was only the start of this process, which took years across multiple countries.) When I’m feeling frustrated or exhausted by living in this world-historical era, I can remind myself that spiritual growth can be slow and circuitous. The important thing is to keep going, keep practicing a posture of openness to the Spirit’s movement in my life.

“The creativity of the Christian needs to show forth in opening up new horizons, opening windows, opening transcendence toward God and toward people, and in creating new ways of being at home. It’s not easy to be confined to your house,” Pope Francis told journalist Austen Ivereigh in an interview about the pandemic. “Take care of yourselves for a future that will come. And remembering in that future what has happened will do you good.”

Maybe the Holy Father was thinking of Ignatius’ cannonball story when he shared that reflection. From Ignatius’ time spent in stillness, time in prayer and reflection and imagination, grew one of the most potent forces for good in the history of the Catholic Church. In times where things are flipped upside down and routines fundamentally altered, there might be more space than usual for creativity to break out. (Pope Francis sure seems to think so: The word “creativity” shows up nine times in various forms throughout Ivereigh’s interview.) What newness might the Spirit be calling forth from your life in these days? What might God help emerge from whatever suffering we are facing?

St. Ignatius of Loyola, unofficial patron of those of us stuck at home and champing at the bit to get out into the world, pray for us. 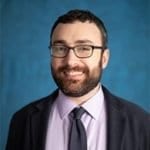 Mike Jordan Laskey is senior communications manager for the Jesuit Conference in Washington, D.C. He is the author of “The Ministry of Peace and Justice” (Liturgical Press) and lives with his family in Maryland. Follow him on Twitter at @mikelaskey.