A Guide to Virtual Advocacy

July 7, 2020 — Cinthia Padilla-Ortiz is no stranger to advocacy meetings. As a DACA recipient and community activist, she has met with state and U.S. Congressional representatives from her home state of Tennessee and has lobbied for immigration reform on Capitol Hill. But coronavirus has forced these typical avenues for advocacy online.

“The internet — it’s worked its magic,” says Padilla-Ortiz, who recently met with Senator Cassidy from Louisiana over Zoom. While these virtual meetings pose challenges, many advocates also find them more accessible.

“Our politicians are not living the lives that most of us live. Honestly, most politicians don’t have access to people [on the margins],” says Tim Severyn, who is the social mission director for Bellarmine Chapel in Cincinnati. Severyn, along with several other Jesuit works in Ohio, met with Senator Portman’s staff over conference call to discuss COVID-19 response legislation.

In the past, Severyn traveled to in-person advocacy meetings in Cincinnati, Columbus and D.C. But, this time-consuming travel often excluded marginalized communities and even fellow social ministry staff. Hosting the meeting online, however, allowed a broader group of people to attend. “We can hear each other, and in a way that we haven’t in the past,” Severyn added. 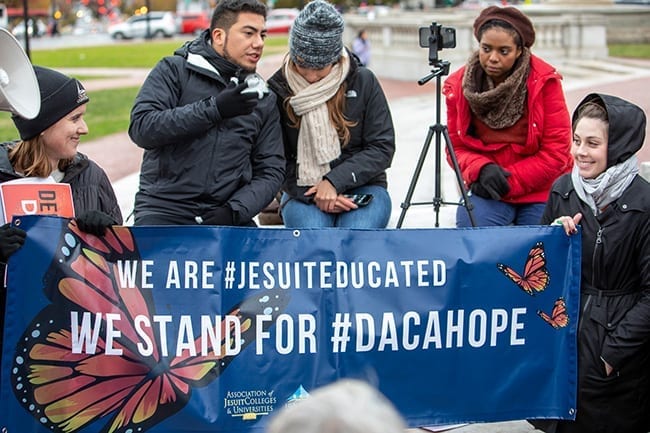 
Every year, the Ignatian Solidarity Network (ISN) hosts a parish advocacy day in Washington, D.C. This year, it too went virtual with 23 advocates across five states, making the day more accessible to parishioners who usually don’t attend advocacy day in person. ISN also worked to make the meetings accessible to parishioners who speak Spanish by facilitating a meeting with staff from New Jersey Senator Bob Menendez’s office conducted entirely in Spanish.

“It was very empowering and afterward, [our Spanish-speaking parishioners] were urging to have another visit,” says José Arnulfo Cabrera, ISN’s director of education and advocacy for migration. He says sometimes Spanish-speaking immigrants, even citizens, don’t realize that they have the right to advocate with their representatives. Arnulfo Cabrera hopes to host more Spanish-language meetings so immigrants in particular can voice their concerns.

For Padilla-Ortiz, the opportunity to meet with representatives online is crucial. As a DACA recipient, current legislation and judicial decisions have a direct impact on her ability to live and work in the U.S.—the only country she has ever known.

When I spoke with Padilla-Ortiz, she was anxiously awaiting the Supreme Court’s ruling on DACA. If the court had ruled in favor of ending the program, she would have lost her working papers, making her ineligible for the Louisiana bar exam this July. It also would have left her in imminent danger of deportation.

This uncertainty left her frustrated. Brought to the U.S. when she was only a baby, Padilla-Ortiz feels proud to be an American. As a recent graduate of Loyola University New Orleans Law School, she believes strongly in American concepts of justice. That she might be denied a part in that lineage felt, frankly, unjust.

So, when the Supreme Court ruled in favor of maintaining DACA, Padilla-Ortiz was overjoyed. “Words can hardly express the joy and relief I am feeling now knowing that the DACA program will continue,” she said.

But, while the June 18 ruling alleviates her immediate stresses, Padilla-Ortiz and over 700,000 other DACA recipients still lack permanent legal status. “I want to see that [the Senate is] ready with something that’s more permanent,” she told me.

During the call with her senator, which was organized by the Jesuit Social Research Institute, Padilla-Ortiz stressed the need for the Senate to pass the Dream Act of 2019, which would provide a pathway to legal citizenship for DACA recipients. While the bill has already passed the House of Representatives, Senate leadership has refused to bring the Dream Act to the floor for a vote. Without permanent legislation to protect her, Padilla-Ortiz still faces an uncertain future.

Padilla-Ortiz also feels a responsibility to represent the many migrant communities who fear public advocacy. “They don’t want to talk because they feel so isolated,” Padilla-Ortiz says. “They’re not part of a larger community where they will feel safe. That’s why it was so important for me to be able to talk to the senator,” she adds.

According to Severyn, these small connections between Congressional representatives and constituents have the potential to “open the door to transformation.” When people from social ministries engage in advocacy, they form an essential link in the chain between Congress, legislative policies and the communities directly impacted.

In the meeting, Severyn and his colleagues demonstrated how vulnerable communities — migrants, people who are incarcerated and those experiencing poverty — suffer in this pandemic. They also point to the ways that supportive policies, such as broader social assistance guarantees, can immediately improve outcomes for these communities. 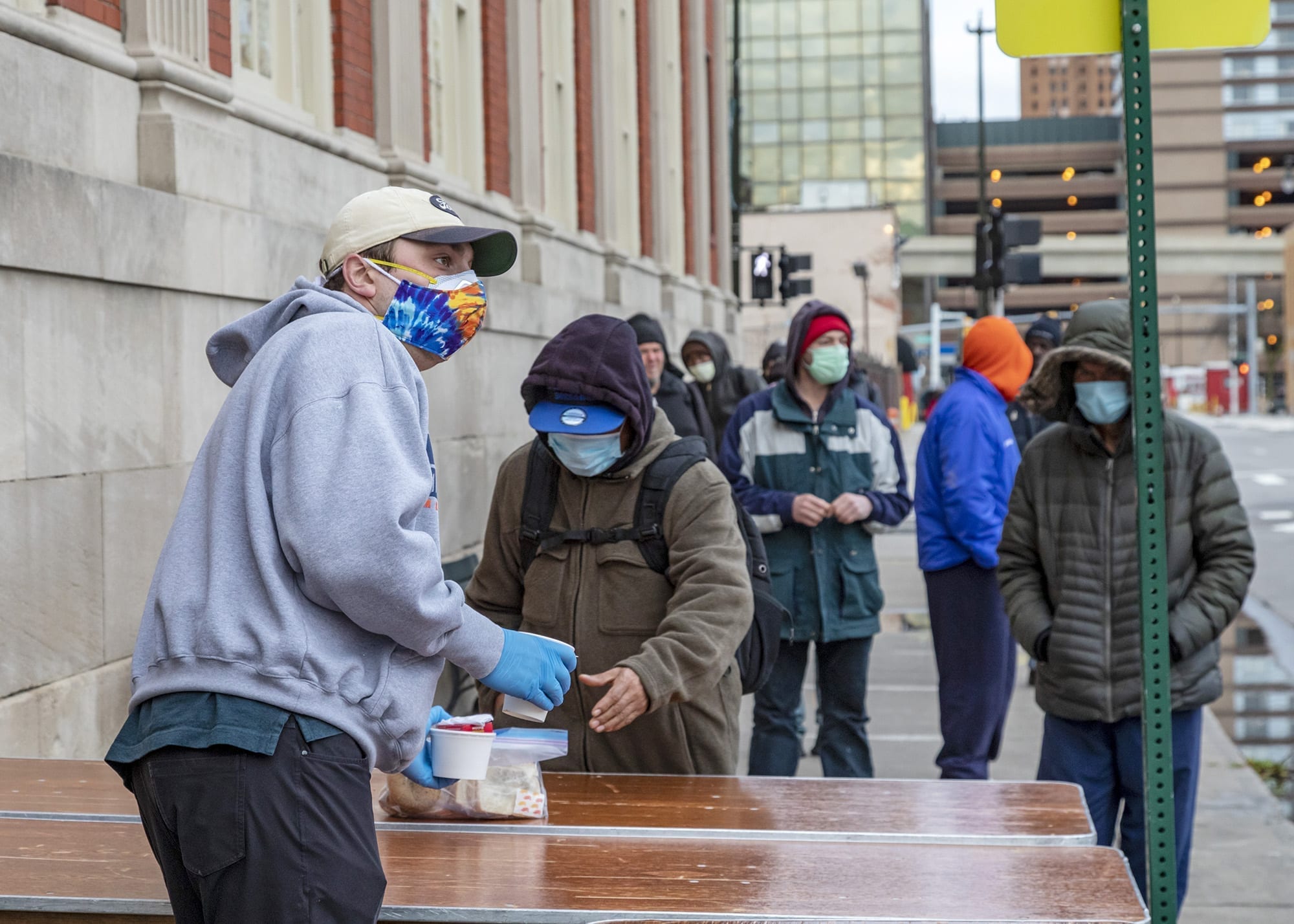 Jesuits help staff the Pope Francis Center in Detroit, which is serving extra meals amid coronavirus.


“The senator holds a lot of political power and influence in our country right now,” says Fr. Luke Hansen, SJ, who joined the call with Severyn. Hansen is a chaplain in the Center for Faith and Justice at Xavier University. “In the moment we’re in, it’s really important and powerful to speak with Senate staffers about who God is most concerned about — the most vulnerable.”

If you’re interested in engaging in virtual advocacy — whether calling your representative, sending an email or scheduling a virtual meeting — the Jesuit network has some tips to help your advocacy.

Include diverse perspectives in your advocacy group

Ask questions and be ready to change course

Incorporate advocacy into your prayer life 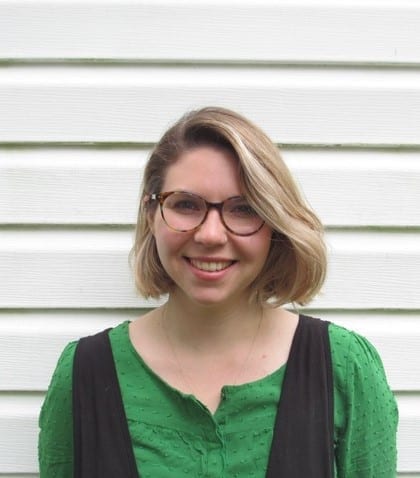 MegAnne Liebsch is the communications associate for the Jesuit Conference Office of Justice and Ecology.