Heroes of the Ignatian Tradition: Ignatius of Loyola

This Advent, Ignatian writers from across the Jesuit Conference are sharing twenty-five days of reflections on Ignatian heroes. You can receive these reflections directly in your inbox by signing up here. 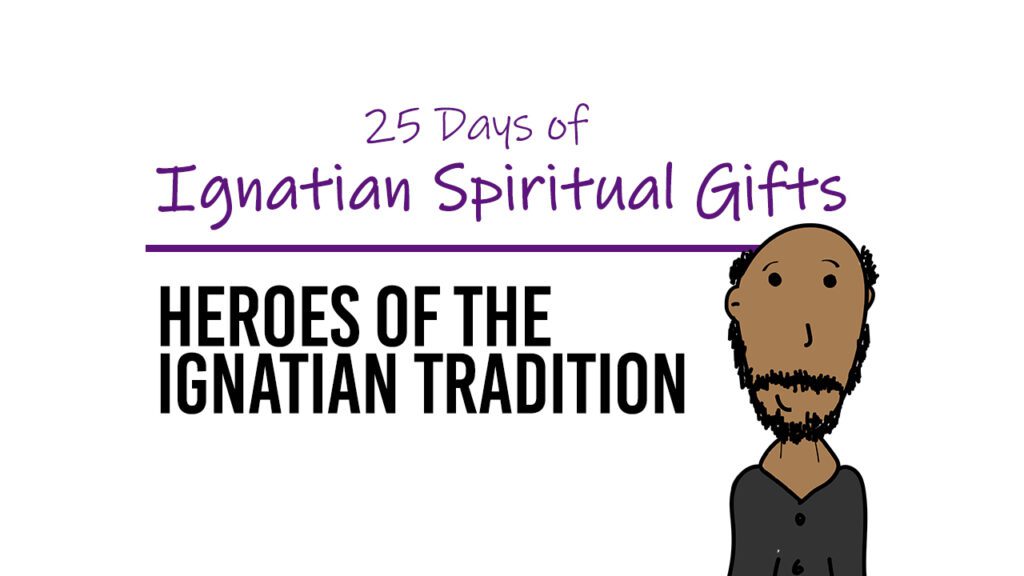 So much of “doing Advent” for American Catholics is navigating the bounty of food on the holiday party circuit. There is a Christmas carol to be written about this, which could go something like: “What do we eat/now that we’re off Zoom? Why do we cheat/when we are paying for Noom?”

The cultural encouragement to excess during the holiday season is its own moral question, of course, and it’s one that always returns me to the adage “You are what you eat.” This makes sense to me both physically and spiritually — especially during Advent. But whenever I think of the adage, my mind also darts right to St Ignatius of Loyola. Why is this?

Ignatius shows us how to “eat” in at least three ways. The first is in an intellectual way: feeding the mind. Reading is no less a form of nutrition than food, and texts nourish or diminish us based on the quality of their substance. Most of us are aware of Ignatius’ famous cannonball moment in May of 1521, but it was the books he read in his nine-month convalescence that had the greater impact on his recovery. Before his injury, Ignatius had an inordinate attachment to the pulp romances of the day, but the sister-in-law who helped nurse him back to health, Magdalena, had decidedly different tastes and commitments. She brought him “The Life of Christ” by Ludolph of Saxony and the “Flowers of the Saints,” a Spanish version of “The Golden Legend” compiled around 1260 by Jacobus de Voragine. Ignatius could not refuse these texts – physically, he was immobile and at the mercy of his caregivers – and these books changed him from the inside out.

The second way of Ignatian eating is both conventional and cautionary: feeding the body. In the new era of his conversionary zeal, Ignatius irreparably damaged his stomach. His transformative months in Manresa in 1522 were also marked by a disordered version of austerity — consuming a meager diet of herbs all week and a little meat and wine on Sundays. Ignatius died many years later due to an epigastric fever, a condition that many scholars connect to the nutritional deficiencies introduced by his Manresa diet.

The first two ways of Ignatian eating combine to form a third way — an Advent way: the integral way brought to being through prayer and the work of the soul. Ignatius evolved; and, during Advent we, too, are called to evolve — to “prepare the way of the Lord” so as to be ready for the nativity of the incarnate Christ and to invite him into the heart of our being. What better way to prepare for this momentous event than to reflect on how we “are what we eat” during this period of waiting. Perhaps we fast from screens, bad habits, and even mulled wine and cocktail sausages. Let us instead feast on prayer, face-to-face conversations with loved ones, a good book or two, and the gifts that God brings through quiet contemplation. By filling ourselves with good nourishment, we ready our minds and souls for the Encounter: greeting the Christ child with the gift of our selves entire.

Reflection: On what do I feed? Where are the positive “calories” coming in — intellectually, spiritually, physically? Where are the negative calories coming in? What patterns of consumption do I need to adopt to live in true freedom so I might greet the Christ child with my whole self? 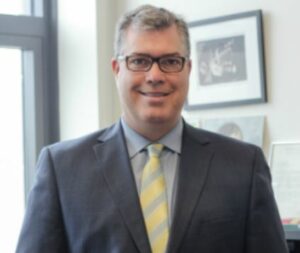 Michael P. Murphy is director of Loyola’s Hank Center for the Catholic Intellectual Heritage. He earned his doctorate in Theology, Literature, and Philosophy from the Graduate Theological Union, Berkeley, an MA in English from San Francisco State University, and undergraduate degrees in English and Great Books from the University of San Francisco. His first book, “A Theology of Criticism” (Oxford), was named a “Distinguished Publication” in 2008 by the American Academy of Religion.