January 21, 2022 — This morning, Fr. Brian Paulson, SJ, president of the Jesuit Conference of Canada and the United States, delivered this homily at the Ignatian Family Mass for Life at St. Aloysius Church in Washington, D.C. Over 200 students from Jesuit schools around the country were in attendance.

Here is the text of Fr. Paulson’s homily:

Our readings for this day offer us a rich context for our reflection on Christian discipleship and the promotion of life from the moment of conception until the moment of natural death. 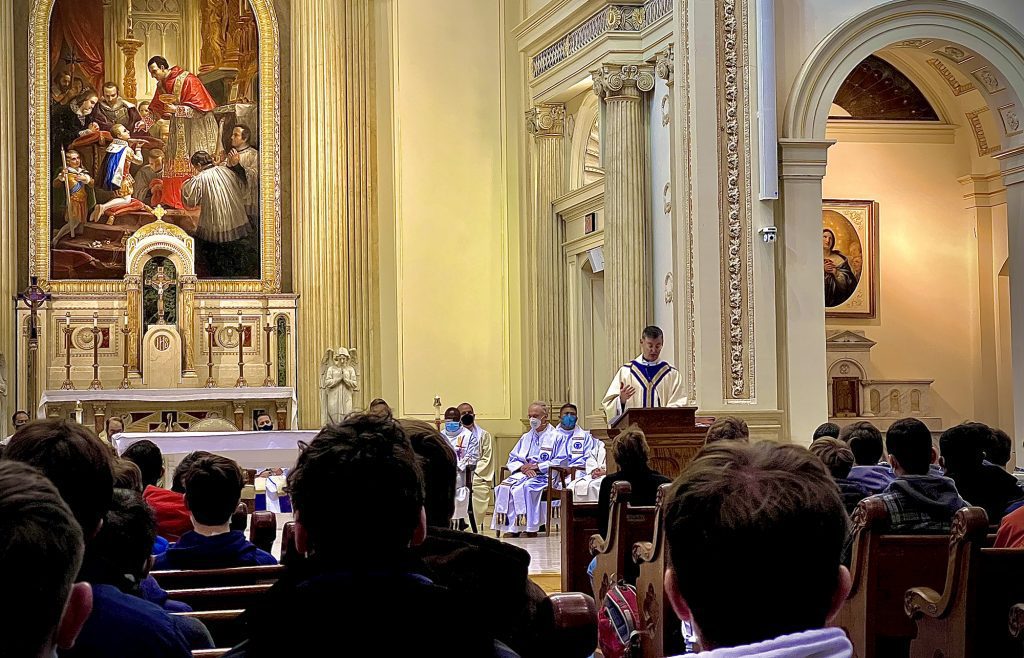 Mark’s Gospel recounts with great simplicity the call of the 12 apostles. Each and every one of us is here today because we too are disciples of Jesus Christ. If we are to boast of anything, we boast in our Lord, as St. Paul liked to say! Like each of the apostles, we too are sent to preach the good news. We are here because we have received our baptism into Christ’s life, death and resurrection — we have received our baptism into the paschal mystery, by which we have literally “passed over” from spiritual death marked by sin to spiritual life — new life in Christ — a baptism which comes down to us from the first 12 apostles. Each one of us is called to be a man or a woman for others in imitation of Jesus Christ — in imitation of Jesus, the God-man, who poured out his life in love and service for others. What an awesome privilege it is to be a disciple of Jesus, to be fed by the Word of God, to be fed by the Eucharist at the table of the Lord, and to be fed by the Christian community gathered around the Word of God and the table of the Lord! Thank you again for coming today and feeding one another’s discipleship — building up the mystical body of Christ which is the Church. We are so blessed to be disciples of Jesus! 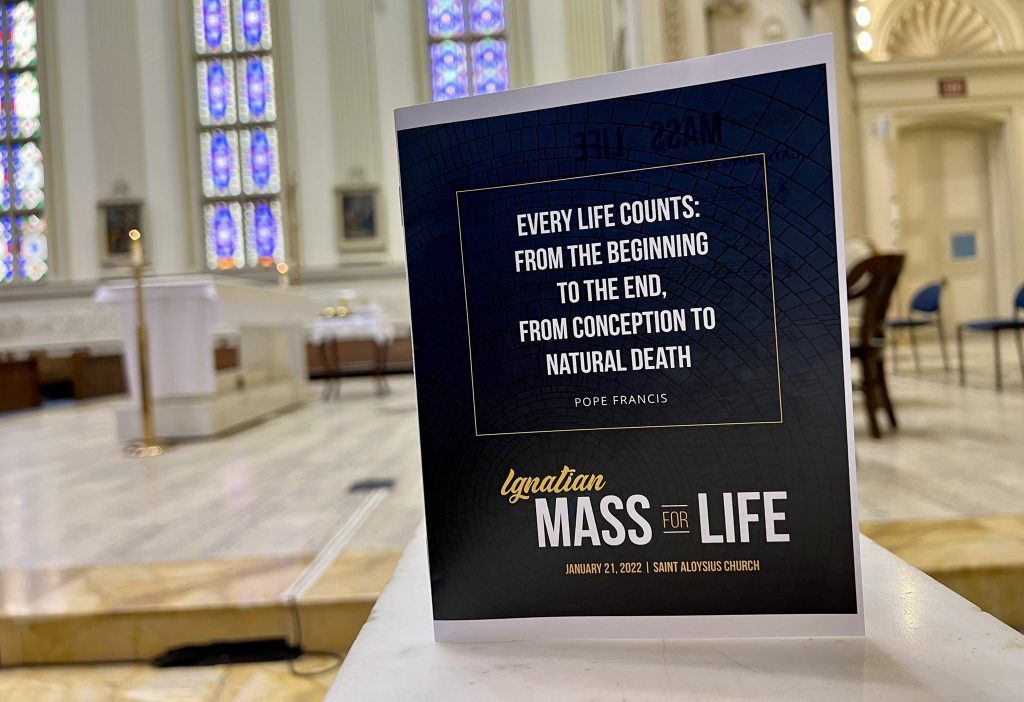 In our first reading today from the prophet Samuel, the future King David spares the current King Saul’s life. It’s a merciful, pro-life decision by David, who only a few days ago in our readings used his slingshot and a stone to kill Goliath — the Philistine. According to the ethic of the time, the “law of the talon” — “an eye for an eye and a tooth for a tooth” — young David would have had the right to self-defense against Saul. Saul was out to kill David because Saul knew that he had lost favor with the Lord and that David, his son-in-law, would eventually succeed him as king. In the eyes of the Lord, Saul had squandered away his moral authority and squandered away his standing with God as the first king of Israel. In his place, the young, ruddy and handsome David, the shepherd boy, had been called and anointed by God, through the prophet Samuel to be the eventual successor of Saul as king. As fate would have it, David was also a dear, close, intimate friend of Saul’s son Jonathan who did his best to protect David from Saul’s jealousy and anger. As Saul was chasing David around the countryside to try to kill him, Saul went into a cave to relieve himself. Then David went into the same cave. David had Saul cornered in the cave, but he chose not to kill him. Instead, he cut off a part of Saul’s cloak, to show that he, David, got “that close” to Saul, but David did not kill him. 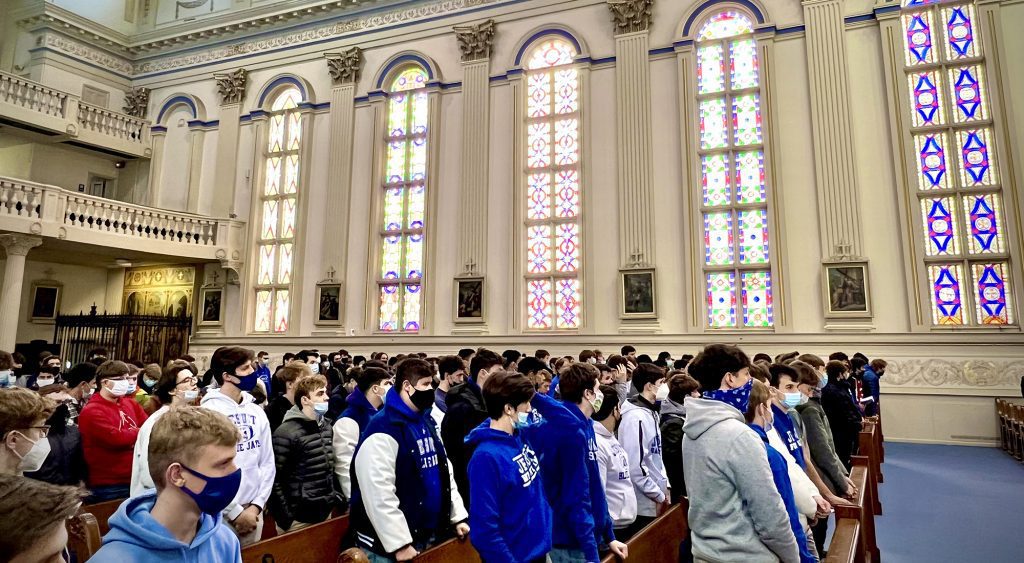 That merciful gesture showed extraordinary restraint on the part of David who would have had every right to kill his opponent according to the customs of the time. At the end of the day, amidst all the violence of that time in Israel as they fought with the Philistines and the Amalekites, David’s restraint is a ray of merciful light in an otherwise turbulent time in the kingdom of Israel.As human beings, morally and religiously, we should ask ourselves how far we have actually come from the “law of the talon” — “an eye for an eye and a tooth for a tooth.” In fact, at times our use of force as a nation seems disproportionate to the evil we are trying to fight. Any logic which justifies violence and revenge among the living only breeds more violence and more revenge. And that same violence among the living likely numbs us as a culture and perhaps unconsciously diminishes our reverence for human life of the unborn in the womb, the reason why we are gathered in this church today. Look at the violence in so many urban neighborhoods marked by gangs and violence, like Chicago, New York, Los Angeles, not to mention the violence in so many other areas of our world. Jesus did not accept the law of the talon. Instead, in his Sermon on the Mount, Jesus counsels us to turn the other cheek when our brother or sister wrongs us rather than exacting revenge. This is called a “hard lesson” by Scripture scholars — turning the other cheek. But it’s very often the Christian thing to do in response to violence and evil. Refusing to return violence for violence is often the first step to healing and reconciliation in a broken family or community. 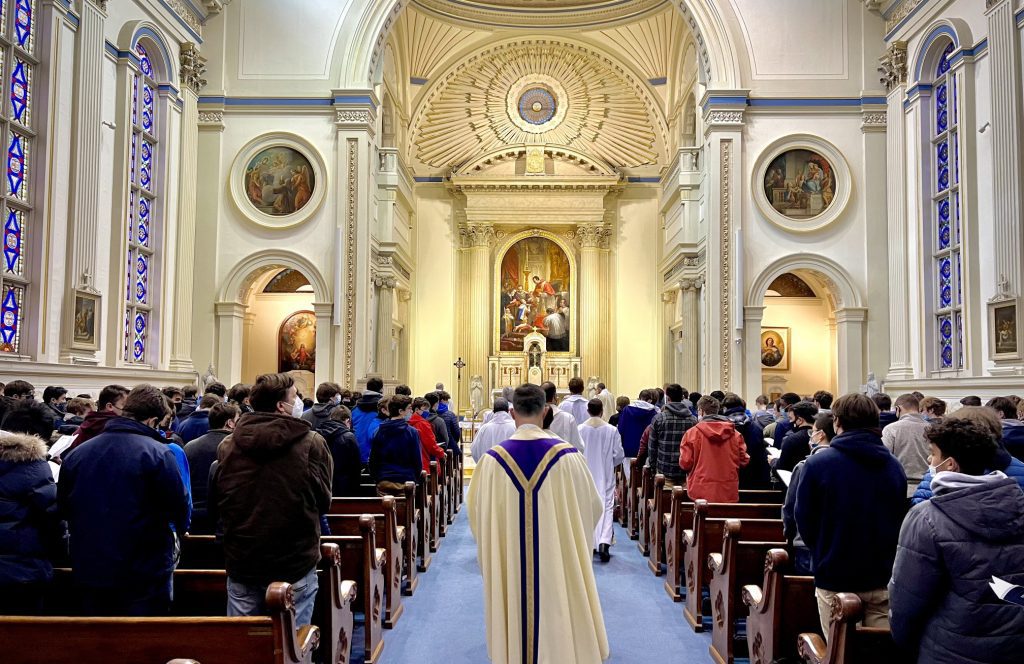 Earlier this week we celebrated Martin Luther King Day. Martin Luther King deeply internalized these nonviolent messages of Jesus in his leadership of the struggle for civil rights in the 1950s and 1960s. Martin Luther King was inspired both by Jesus 2,000 years ago and by the Hindu leader Gandhi in India only a few decades earlier in the 20th century, both of whom preached by word and by example the importance of turning the other cheek in response to hatred and violence. This is the logic and hope of the cross of Jesus: that by embracing a nonviolent response to violence, even unto death, paradoxically we will discover a path to more abundant life through the power of the risen Lord — if not in this life, then in our next life, we pray, which we hope is eternity with God at the heavenly banquet which never ends. For a Christian, the cross is our symbol of victory, because through the cross we pass from death to new life.

The late Cardinal Joseph Bernardin was the Archbishop of Chicago, where I’m from, for the first 15 years or so of my Jesuit life. Cardinal Bernardin promoted with great eloquence this vision of a consistent ethic of life — a seamless garment of life, if you will, speaking up early and often not only against abortion, but also against poverty, war and violence of any kind — against anything which puts human life at risk. He was instrumental in helping the U.S. bishops craft two important, inspiring teaching documents in the 1980s: “The Challenge of Peace,” regarding the morality of war and nuclear armaments, and “Economic Justice for All,” a moral examination of the American economy. Behind those two documents is the same insight, which is the same insight behind all of Catholic social teaching: Every human life is sacred, because human life is made in the image and likeness of God and therefore is of infinite worth and deserves to be protected. 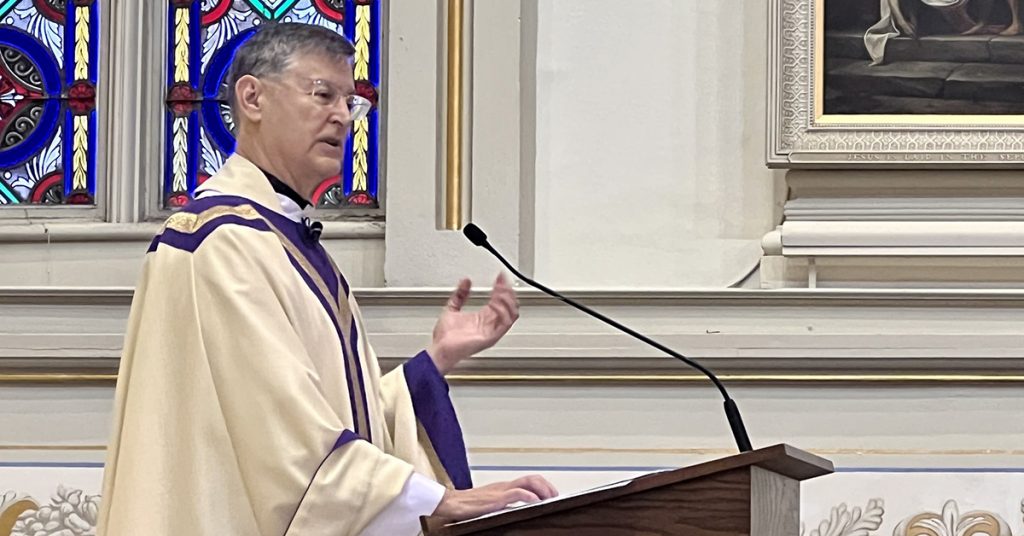 We gather on the eve of the anniversary of Roe v. Wade to March for Life — to shine a bright light on the sin and the tragedy of abortion. With an estimated 865,000 abortions last year in the United States, we know that we as a country — we as citizens of the United States of America — we are better than this. We are making progress: In 1990 there were estimated to be over 1.6 million abortions in our country. The rate of abortion has fallen by about 50% over the past 30 years. The courts play a role in this, for sure, but the wider social context in which women make decisions to end pregnancies is also a critical factor in our desire to create a culture of life. Sadly, tragically, we realize that too many women still make the decision to end their pregnancy. In most cases, I suspect it is because they fear the lack of resources — the lack of financial and human and emotional resources to support a child. Sadly, tragically, too many women make a decision to seek an abortion because they do not believe that the father will be there for them — the woman does not believe that the father will be there for her as a mother with a child — and she fears that she will have to go it alone. While abortion is first and foremost a tragedy for the unborn baby who loses his or her life, abortion is also a tragedy for the mother and father who will carry the wound of that loss forever. This death is also a tragedy for the community which will never be able to experience the gifts of the child who was not given the opportunity to grow up and become a contributing member of society.

As a society, we can and we should take care of all pre-born babies and support women who become pregnant and are tempted to terminate the life of their unborn child. As Cardinal Bernardin taught us, we recognize that our commitment to care for the life of a pre-born baby in the womb needs to be matched by our commitment and passion to promote the dignity of all vulnerable people both before birth and through the course of their lives, in all times and in all places, because every human being is sacred and made in the image and likeness of God. 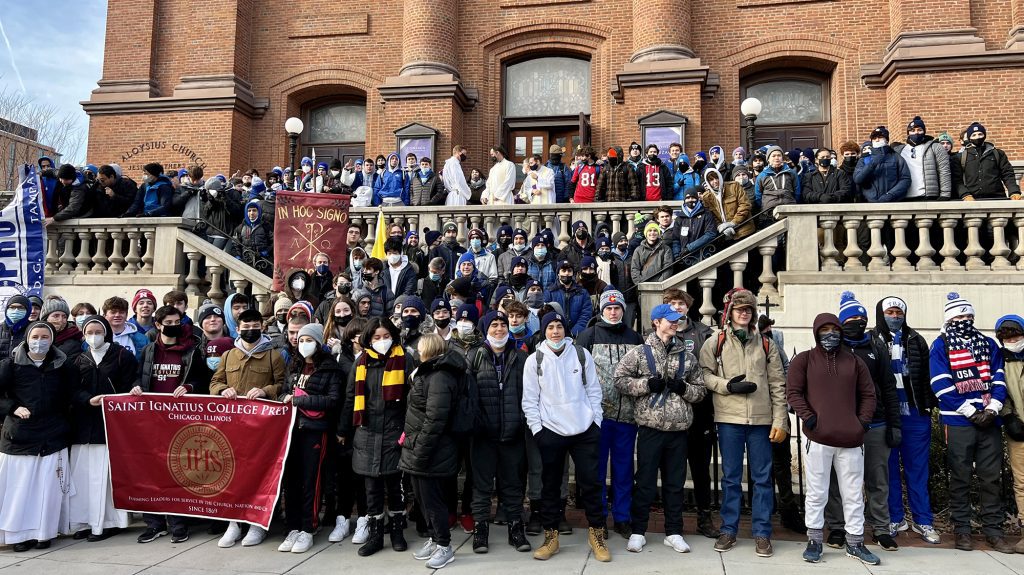 On this anniversary of Roe V. Wade, may we as individuals, as Christians, as a Church, and as Americans, recommit ourselves once again, to promote a culture of life, from the moment of conception to the moment of natural death. May we advocate among our political leaders for a strong social safety net for all families, and may we support pregnant mothers and all families with small children, so they realize that they are not alone, and that with the help of God’s grace and many other people, they can choose life so that all may live.