Now Discern This: Awe On The Interstate 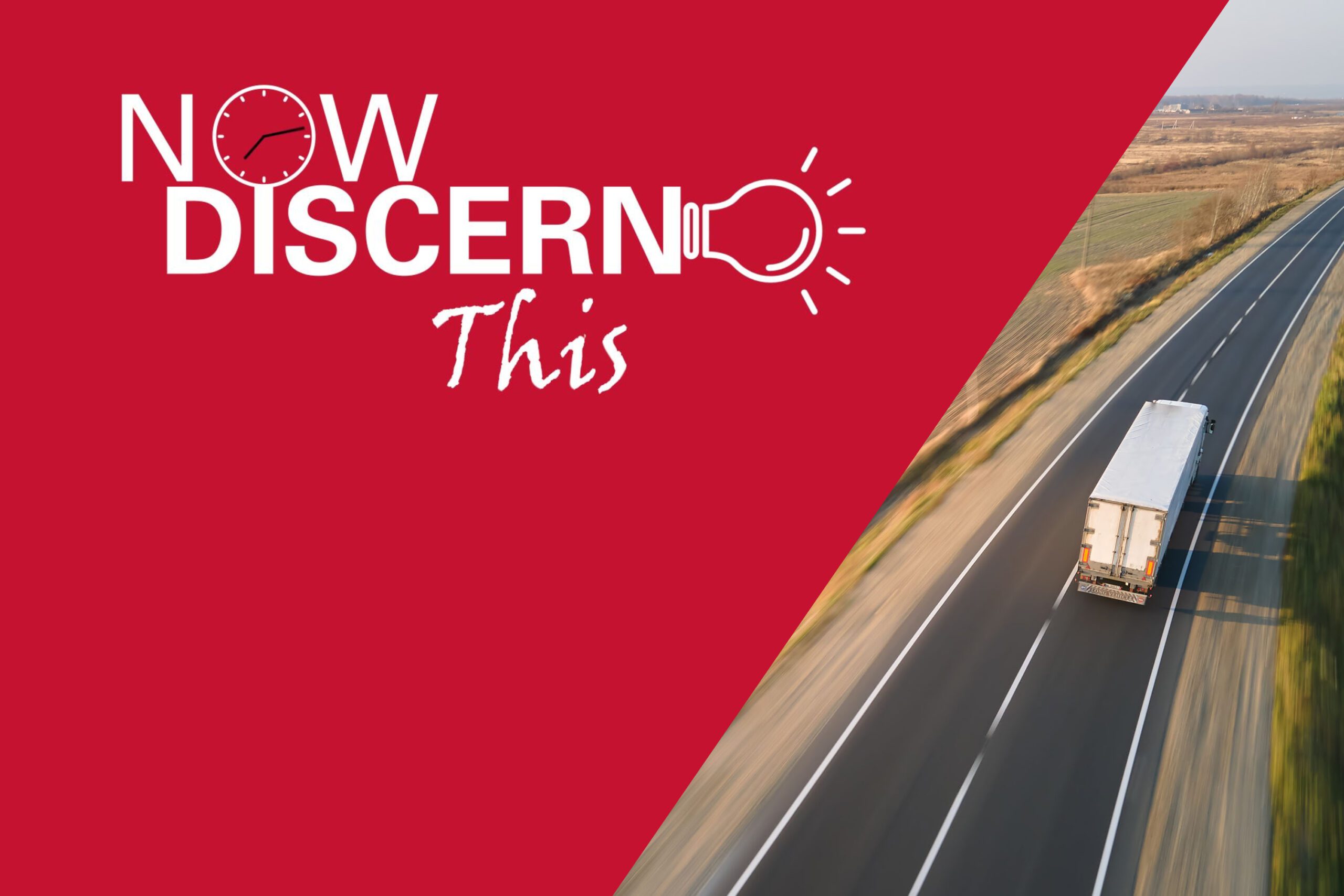 My driver’s son was killed on Memorial Day.

He was hit by a car. Left behind a few kids, a job, a life. A father struggling to make sense of it all. A father now worrying all the more for his grandkids. A father who makes part of a living driving for Lyft, driving goobers like me to the airport.

I learned all this roughly ten minutes into the ride to catch my flight.

I’m not the sort who likes to make small talk in the backseat of someone else’s car. I typically nod and mumble “hello,” ask how the day’s been going and then drift into silence.

But on that particular day — having been picked up from my home, my own children visibly waving goodbye from our porch — I had little time to sink into quiet. My driver had questions and stories and observations. Really, he did the talking. I nodded along, a carefully placed “Wow” and “Really” and “I can’t believe that” interjected at opportune moments.

Within those ten minutes, I began to see why my driver — let’s call him Carl — was feeling chatty: I think he needed someone to talk to. He needed someone to recognize that heavy, heavy burden he was carrying, even if just for a few moments on I-695. And it wasn’t just his son we talked about. We ran the gamut: traffic flows and city problems and the education of the next generation and whether or not Covid was really behind us and the ills that faced his community.

I’m decidedly not — and said so.

“Nah. People come in here, sit down, don’t even make eye contact. They just look at their phone.” He shook his head. I could see his eyes in the rearview mirror. “I always ask people their name, where they’re going. One guy, he didn’t even answer. Just mumbled something. So, I asked again, louder.” At this point, his language turned a bit salty, his demeanor taking on a slight edge. “You can at least say your name.”

I leaned in, elbows on my knees, sorting through possible responses. “You never know what folks are going through, I guess.”

Carl shook his head, his voice loud again. “But look what I’m going through. My son just died. Would you know that?”

The conversation went in a new direction, but I couldn’t shake that sense of guilt. I could’ve just as easily been that person, the one who mumbles a response and stares at his phone. It was really the magnanimity of that driver that pulled me out of myself.

“You see there?” Carl interjected. “I’d drive my son to work every day. That’s the exit.” He pointed. “That’s how we’d go.” A beat. “I don’t like coming down this way anymore.”

Fr. Greg Boyle, SJ, challenges us, says something to the effect of: Let’s together stand in awe of the burdens folks have to carry rather than in judgement over how they carry them. I think something of that came over me in that Lyft that day: awe.

But something else, too. We’re not meant to stand on the sidelines, to stand in silence. We all have our stuff, those reasons for not engaging, for sitting quietly in the back seat. I’m first in line.

But I hear in my head Carl’s voice: “But look what I’m going through.” And all the words left unsaid: What about me? What about MY stuff? If I can make the effort to reach out, so can you — and we can muddle onward together.

Who are we called to accompany in awe this week? Whose name are we invited to speak aloud? With whom might we share our own — and in so doing, our burdens, our struggles, our hopes?