Miracles On and Off the Court: How Saint Peter’s University Serves First-Generation College Students Like Me

The banner was displayed to celebrate the university’s men’s basketball team, which shocked the world in the NCAA Tournament, beating Kentucky, Murray State and Purdue to make the Elite 8. No other 15 seed had ever made it to his stage — a surprising feat, extraordinary in nature, that almost seemed to require divine intervention. Isn’t that the definition of a miracle?

As a proud graduate of SPU with a double major in philosophy and theology, I have experienced a miracle or two myself. I was born in Ecuador and migrated to the United States with my family in the early 1990s, settling in central New Jersey. I grew up with similar experiences to other non-native English speakers, trying to acclimate to a new social and cultural environment. I didn’t even think of attending college until May of my senior year of high school.

I was waitlisted at one public university and was denied admission to a Catholic one. I didn’t break a thousand points on the SAT. Despite that, Saint Peter’s College (before it changed its name to Saint Peter’s University) not only admitted me but gave me an academic scholarship based on my high school GPA. I would become the first in my family to attend college in the U.S. 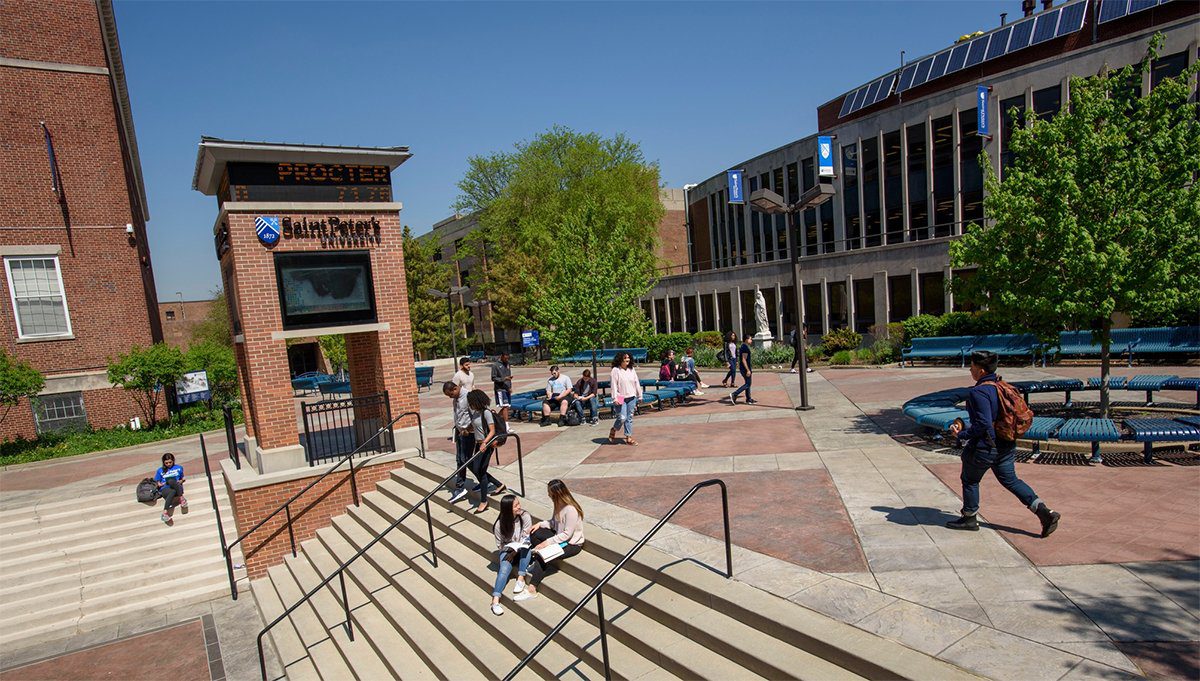 When I enrolled at Saint Peter’s, the college had a motto: “Education, one student at a time.” The faculty and staff truly lived up to this vision. Without the education, formation and the one-on-one mentoring I received from faculty such as Dr. Susan Graham and Fr. Edmund Majewski, SJ, and staff such as Mary Sue Callan-Farley, I would not have been prepared for graduate studies. Not only did they always go out of their way to help me improve my writing, research and presentation skills, but they also instilled in me the confidence I needed to persist as an undergrad and maybe even continue my education in graduate school. Sure enough, I went on to complete a master’s and a doctoral degree.

I understand now that this marketing tagline was an expression of what it means to be Jesuit educated, rooted in an Ignatian worldview: to see God in all people and to care for the whole person. Saint Peter’s University lives up to this Jesuit ideal in a unique way: seeing God in the diversity of people and caring for the whole person, particularly the most vulnerable.

Many of us who have walked across Kennedy Boulevard from our residence halls to the university classrooms were first-generation college students, from low socioeconomic backgrounds. For over 20 years, SPU has served Hispanic/Latinx students and has earned the federal designation of “Hispanic Serving Institution,” which means the university has an undergraduate population that is at least 25% Hispanic, of whom at least half are Pell Grant eligible. Today, SPU’s  diverse undergraduate population is 47% Hispanic, 18% Black and 8% Asian.

The education we received at SPU provided pathways for upward economic mobility that we wouldn’t have achieved otherwise. I am now vice president for Mission, Values and Inclusion at Edgewood College, one of the few Latinos to hold this position, and set on a path to become a college president in the years to come. I could never have imagined this path as a freshman in college, and I owe this opportunity to the education and the doors that were opened because I attended Saint Peter’s.

So what really is the miracle on Montgomery Street? A Cinderella run during March Madness? Educating first-generation college students? Graduating a diverse group of leaders, decade after decade? As the historic run ended for our men’s basketball team, head coach Shaheen Holloway summarized what we experienced as SPU students: “They came in here, no one believed in them but the people in our locker room, and made history.” Miracles are continuing to happen to young people at the university on Montgomery Street because a group of educators believes in them. I’m so glad the nation got to witness what all of us graduates know about Saint Peter’s. 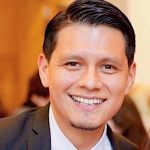 Dr. Milton Javier Bravo, SPU class of 2007, is vice president for mission, values and inclusion at Edgewood College, a Dominican Catholic college in Madison, Wisconsin. He is an educator, Latino theologian and member of the board of directors for both Hope Border Institute and the Academy of Catholic Hispanic Theologians of the United States. Follow him on Twitter at @MiltonJBravo.