Together, these haunting words make up the Anima Christi, a prayer especially beloved in the Society of Jesus. They also form the foundation of a striking new video featuring Jesuit brothers, celebrating the closing of the Year of Consecrated Life.

Each shot was filmed in a different location and conveys each brother’s own unique vocation and character. But collectively, they present a deeply moving image of the diversity and personality of the largest order of priests and brothers in the Catholic Church.

(For more insight about Jesuit brothers by the brothers who are featured in the video, click on their photos in the column on the upper right.) 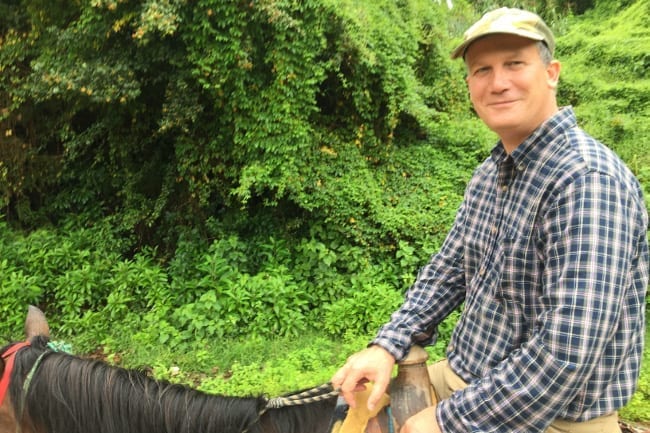 Br. Jim Boynton, SJ, vocation director for the states of Michigan, Ohio, southern Indiana and Kentucky, appears in the video. Above, he explores Mayan ruins in Chiapas, Mexico, by horseback.

“The first thing you see is the forest, and the camera focuses on these beautiful old trees. They belong there, like the brothers belong in the Society,” says Jesuit Brother Michael Breault, director of the film. He worked with the editor, Erik Lohr, and others from the Jesuit-run film, video and multimedia company Loyola Productions to create the two-minute video to commemorate the Year of Consecrated Life, which ended on Feb. 2, 2016. “I wanted something expressionistic, emotional; something that displayed the commitment, variety of work and the passion of the Jesuits in it.”

Breault, director of National Vocation Promotion at the Jesuit Conference, hopes that “people at Jesuit institutions can use this video as a tool to promote Jesuit vocations.” During National Vocation Promotion Month in November 2015, Breault also created a Jesuit vocation promotion toolkit, received with enthusiasm from schools, parishes, retreat centers and other Jesuit apostolates across Canada and the U.S. The toolkit and downloadable flyers, posters, brochures, and other resources are available at vocations.jesuits.org (scroll down to the bottom right of the page).

With the toolkit and now this new video, vocation promoters are better equipped to ask the vital question, “Have you ever thought about being a Jesuit?” Studies show that interested young men must hear the question three times before they make an inquiry. The short film is Breault’s latest effort to make that question easier for anyone to ask. “All Jesuit institutions are obliged to promote vocations, so this video is a way to fulfill that task,” he says. 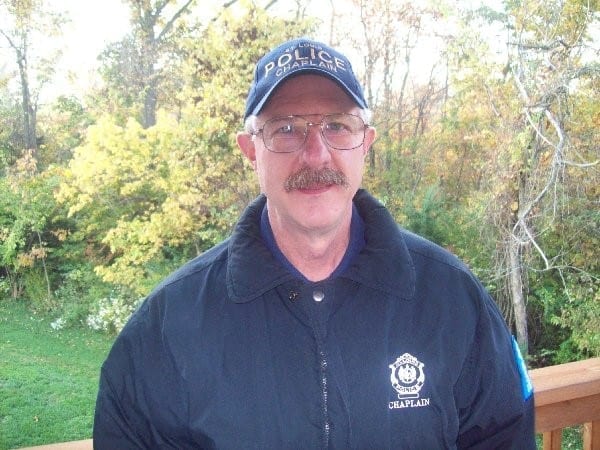 Breault continues to look for new ways to inspire vocations to the Jesuits — and particularly to the brothers.

“Doing vocations work, I often hear people saying, ‘Oh, there are Jesuit brothers? I thought the Jesuits only had priests.’” The new video aims to remedy that misconception. “Not only are there brothers, but they are the backbone of the Jesuits,” Breault explains, referring to the fact that becoming a brother instead of a priest was more common in the earlier days of the Jesuits than it is now, and that they played integral roles in the formation of the Society. 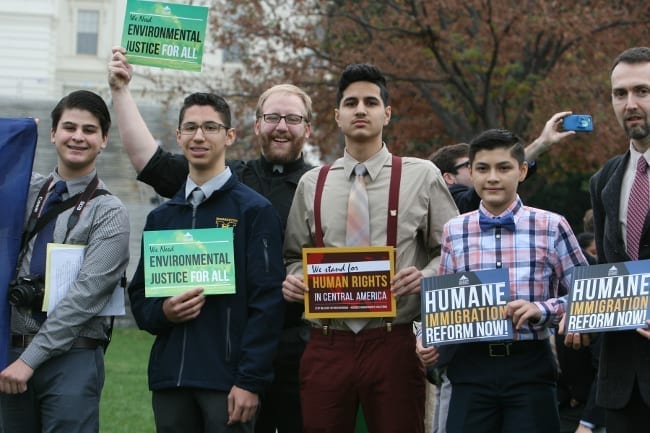 Br. Ken Homan, SJ, with his students from Marquette University High School at the 2015 Ignatian Family Teach-In for Justice.

Jesuit Brother Ken Homan, who is featured in the video, says, “Brothers have a history of real hands-on work, which I very much love and appreciate. But as the Jesuits continue to shift in terms of numbers and in what the world needs of us, that role as a brother has shifted.”

Jesuit brothers are free to fully dedicate their lives and their service to others and to God in the Ignatian tradition. “That’s why they are called ‘quintessential Jesuits’: they have devoted their lives expressly to the mission of living the vows of the Society of Jesus and that is their sole occupation,” Breault says.

Although Jesuit brothers pronounce vows of poverty, chastity and obedience as members of the consecrated religious, they are still considered laypeople. “In terms of the church hierarchy, religious brothers and sisters have more in common with average people than they do with priests,” notes Breault. 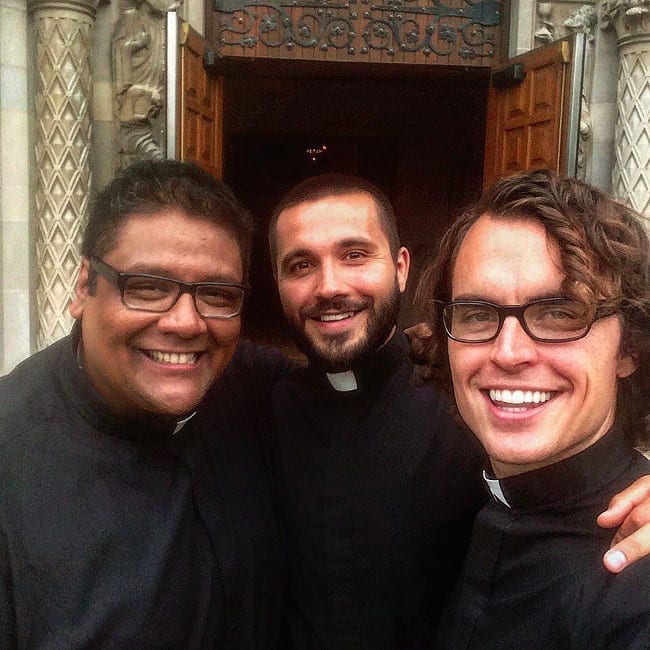 The brothers agree. “As a brother I see myself as a bridge of sorts” between laypeople and the Jesuits, says Jesuit Brother Matt Wooters, also in the video. “I have heard from peers, clients, Catholics and non-Catholics alike, that people feel like they can let their guard down and be themselves around me because I am their brother. If I can be that space for people, meeting them where they are and accompanying them there, I can ask for nothing more.”

(Click on each photo in the column at the upper right of this page, for more insight about Jesuit brothers by the brothers who appear in the video. Visit the Jesuit brothers homepage by clicking here.) 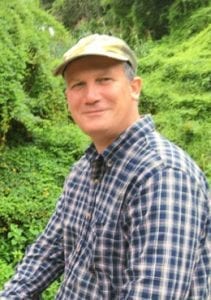 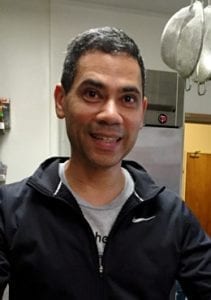 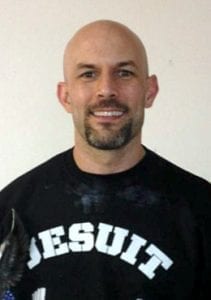 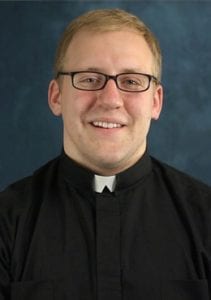 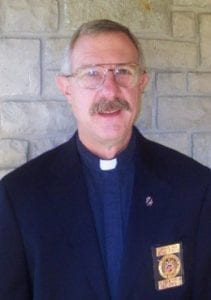 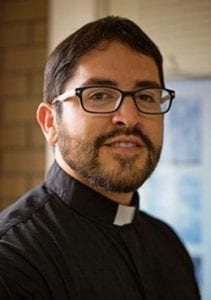 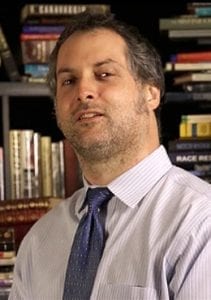 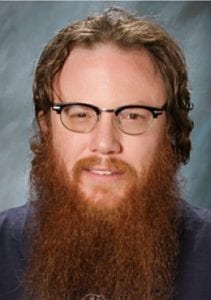 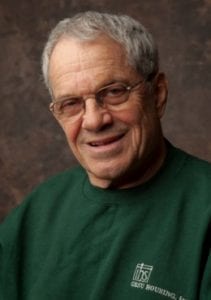 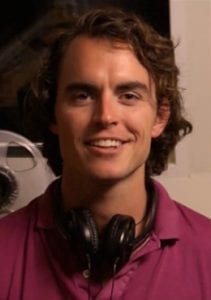