July 7, 2022 — Here’s the latest news from the Jesuits in Canada and the United States.

Pope Francis has appointed Cardinal Michael Czerny, SJ, to a five-year term as prefect of the Dicastery for Promoting Integral Human Development. Cardinal Czerny succeeds Cardinal Peter Turkson, who led the social development dicastery from 2016 to 2021.

Pope Francis has named Fr. Mark Lewis, SJ, the next rector of the Pontifical Gregorian University in Rome. Fr. Lewis has taught church history at the Jesuit-run university since 2017 and has served as academic vice rector since 2019. He will take up his new post Sept. 1.

Fr. Gordon Rixon, SJ, has been named President Designate of Regis College in Toronto. Fr. Rixon joined the Regis College faculty in 1996 after working on the program staff at the Jesuit Center for Social Faith and Justice in Toronto.

Fr. Sam Sawyer, SJ, has been named 15th editor in chief of America magazine. He will succeed the current president and editor in chief, Fr. Matt Malone, SJ, later this year. “America’s contributions to a charitable, informed and faithful conversation at the intersection of the church and the world are more important than ever,” Fr. Sawyer said. “I am honored and humbled to help lead America forward alongside colleagues I admire.”

Fr. Michael C. McCarthy, SJ, former VP for mission integration and planning and associate professor of theology at Fordham University, has been named dean of the Boston College School of Theology and Ministry. He will succeed Fr. Thomas Stegman, SJ.

Fr. Ronald O’Dwyer, SJ, has been missioned as De Smet Jesuit High School’s president. He has served as De Smet’s interim president since January 2022. Fr. O’Dwyer previously served as assistant to the dean for Catholic School Initiatives and as an assistant professor at Saint Louis University.

On June 11, 17 Jesuits from the U.S. and Haiti were ordained to the priesthood at four different Masses across the United States. Meet our new priests. 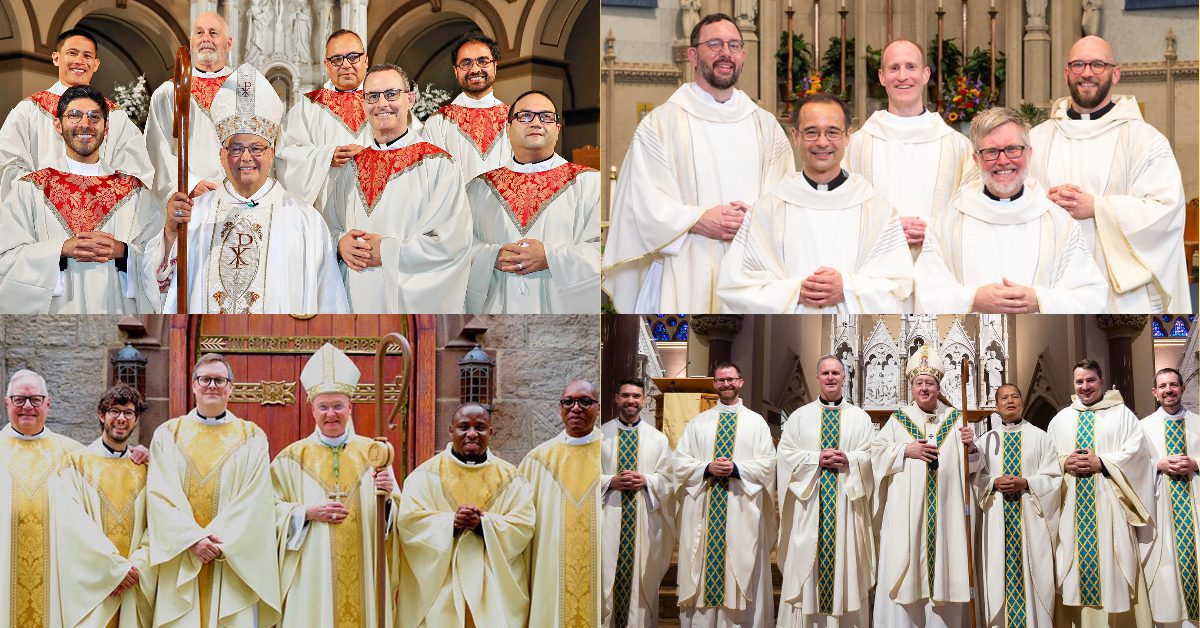 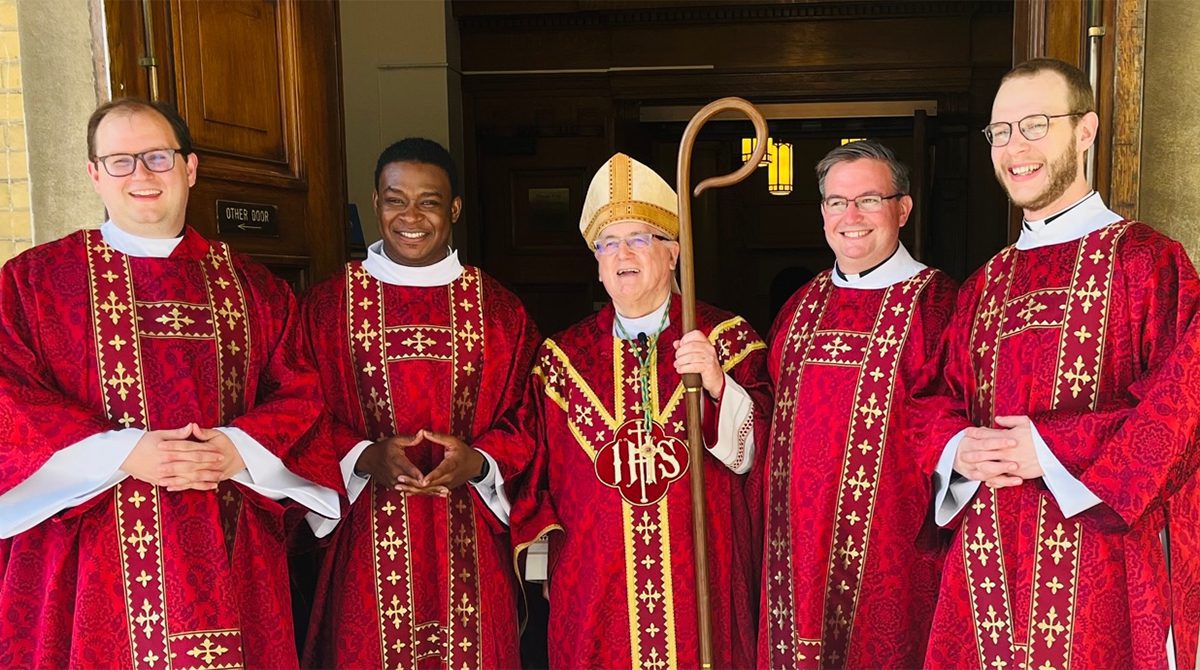 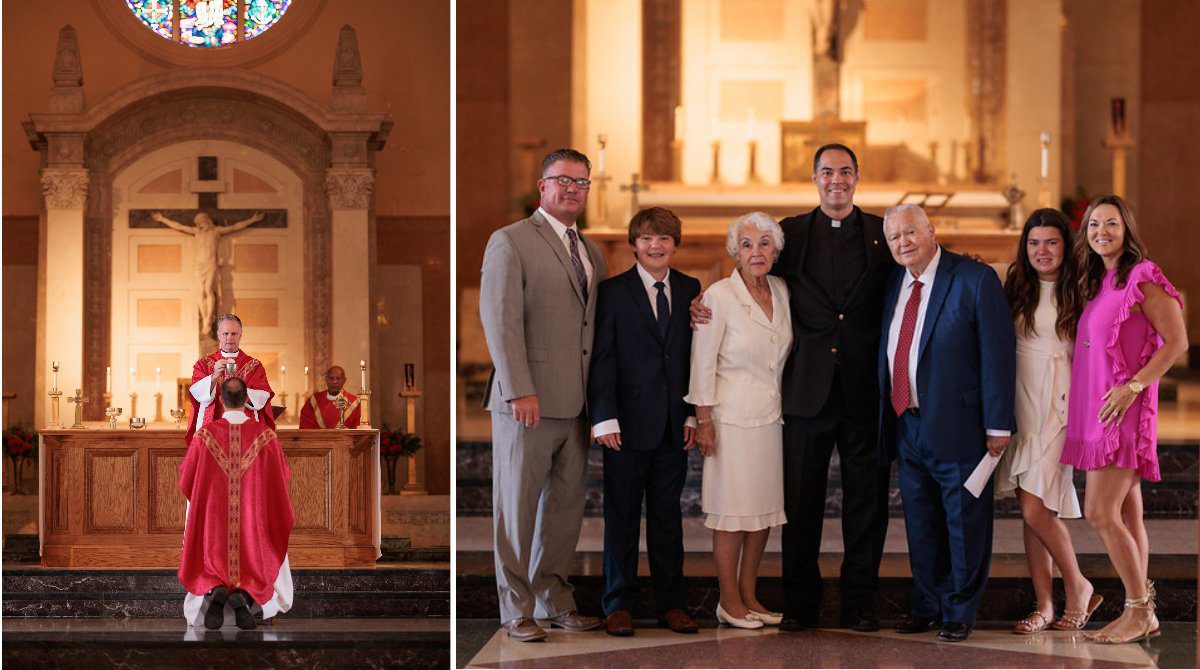 Fr. Paul H. Vu, SJ, professed final vows in the Society of Jesus on June 5 at the Chapel of the Sacred Heart at Loyola Marymount University. 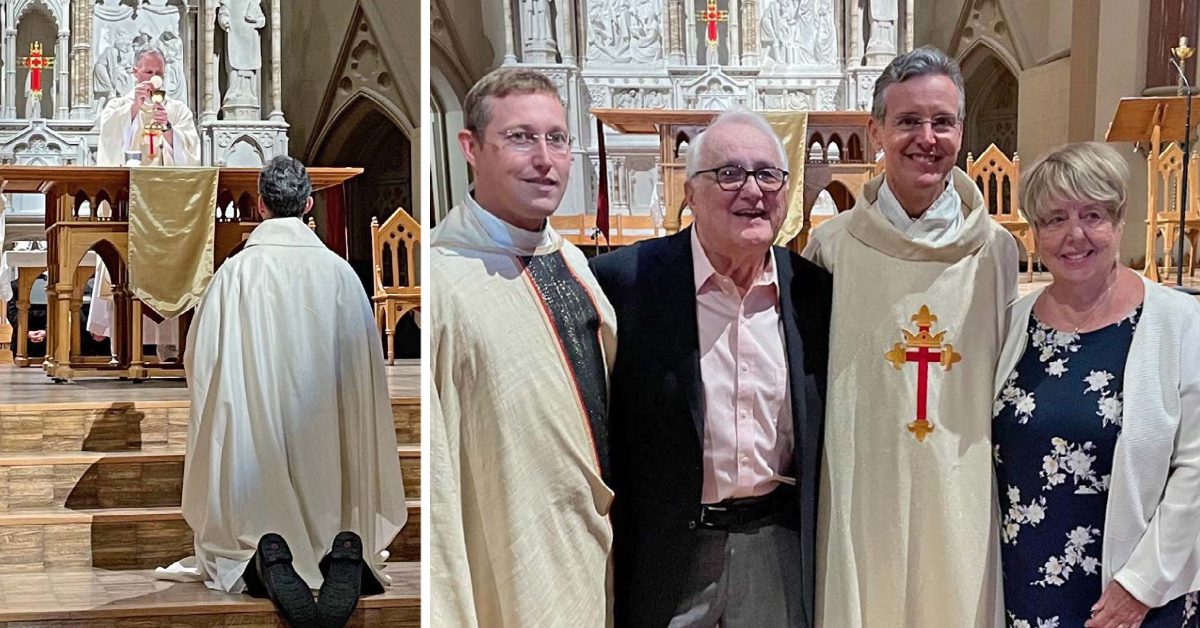 Fr. Martin Silva, SJ, pronounced final vows in the Society of Jesus on June 18 at Our Lady of Guadalupe Church in San Diego.

Fr. Joseph Brown, SJ, was honored with a three-day symposium in May at Southern Illinois University dedicated to his work and the themes that have characterized his ministry. Fr. Brown is a professor of Africana Studies at the university. 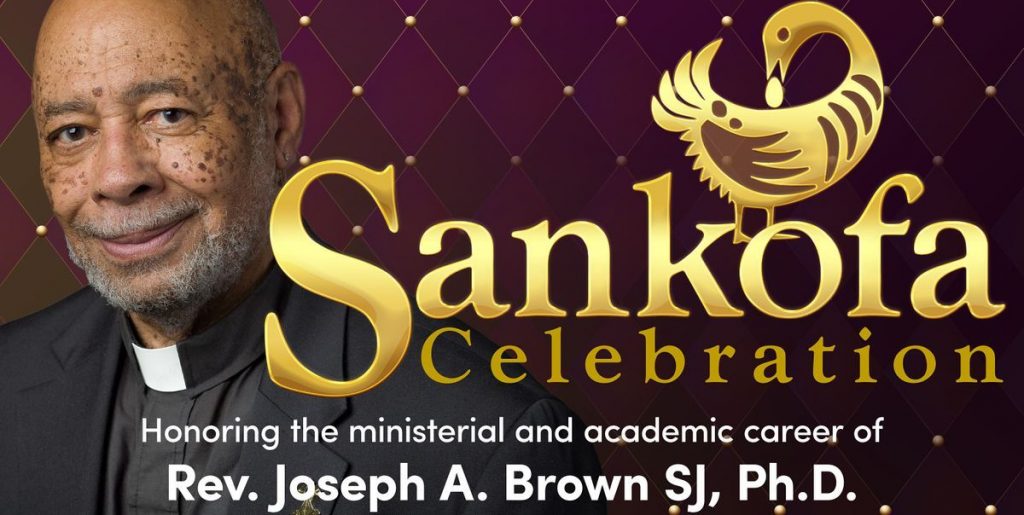 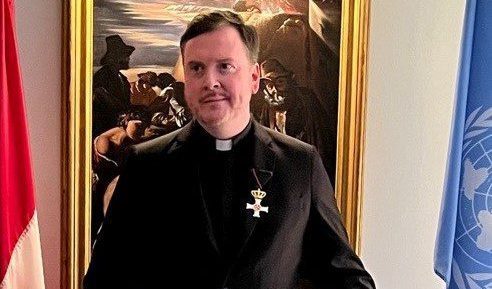 Fr. John Predmore, SJ, 60, completed the Boston Marathon on April 18, his first race ever. He pledged his run to benefit the Boston Healthcare for the Homeless and raised almost $40K. 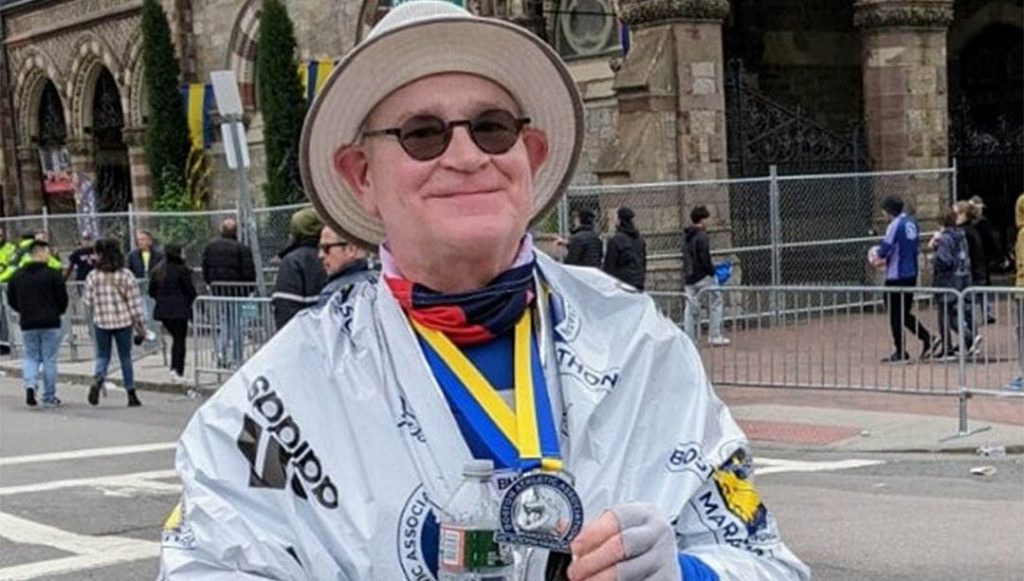 To mark the last day for Fr. Chris Devron, SJ, as Fordham Prep’s president, the establishment of the Rev. Christopher J. Devron, SJ, Scholarship was announced. This endowed scholarship will honor Fr. Devron’s legacy to providing equal access to a Fordham Prep education for all. 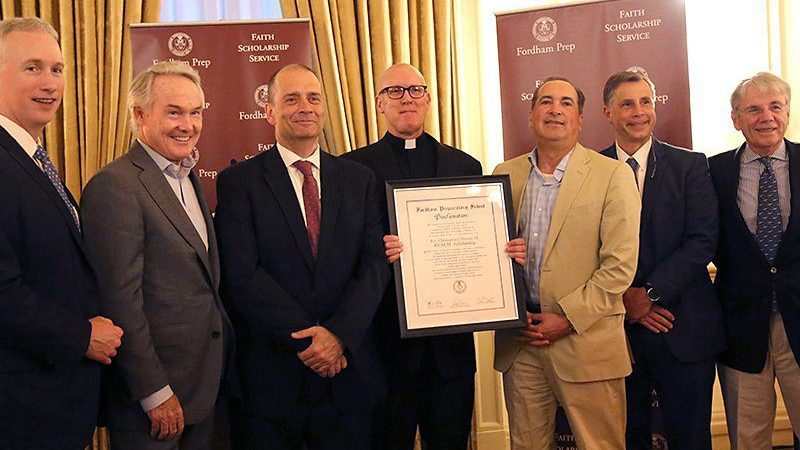 Fr. James Martin, SJ, won a Christopher Award for his book “Learning to Pray” at the 73rd Annual Christopher Awards. Founded in 1949 by Fr. James Keller, MM, the mission of The Christophers is to encourage people of all ages, and from all walks of life, to use their God-given talents to make a positive difference in the world. 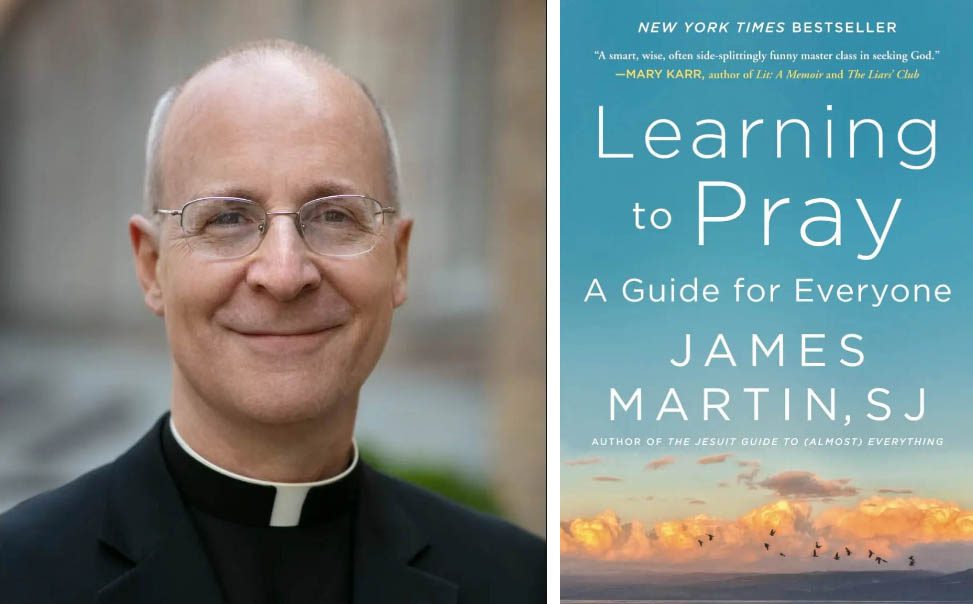