January 11, 2023 — Here’s the latest news from the Jesuits in Canada and the United States.

Fr. Christopher Fronk, SJ, has been named the 12th president of Walsh Jesuit High School in Cuyahoga Falls, Ohio, effective July 1, 2023. Fr. Fronk currently serves as VP for Mission and Identity at Walsh Jesuit. “To me, it’s a dream to take on the position and take us into the future. I want to build on (current president) Karl Ertle’s accomplishments while remaining focused on our mission. Everything flows from our mission.”

Fr. Michael Davidson, SJ, has been named director of the Montserrat Coalition in University Mission and Ministry at Boston College. The Montserrat Coalition serves students with the highest levels of financial need, providing access to retreats, sporting and theater events, service programs, and independent study, while also aiding in their academic, social and spiritual formation.

AJCU’s president, Fr. Michael J. Garanzini, SJ, said, “We are very excited that two extremely competent and gifted Jesuit educators have joined our team. They will be helping us build our capacity to form the leadership of our colleges and universities in the Ignatian tradition.”

Fr. Matthew Stewart, SJ, has been selected to serve as the next principal of St. Louis University High School, beginning July 1, 2023. Fr. Stewart, an alumnus of SLUH, is currently serves at the school as a member of the administrative team and director of campus ministry. He previously served as adjunct professor at Saint Louis University and associate director of the Alum Service Corps.

Fr. Chris Krall, SJ, assistant professor of theology and neuroscience at Creighton University, was officially commissioned into the Navy Reserves on December 5, 2022, and will serve as a naval chaplain.

Serving Migrants on the Border

Jesuit Fathers Brian Strassburger, Flavio Bravo and Louie Hotop were among faith leaders in Reynosa, Mexico, in December, offering migrants spiritual and practical help amid an influx of migrants at the U.S.-Mexico border. Read more.

The Jesuit community at Saint Louis University (SLU) celebrated the consecration of its new Chapel of Our Lady, Seat of Wisdom on October 25, 2022. Archbishop Mitchell T. Rozanski of St Louis consecrated the altar of the chapel, which contains four historical Christian relics, one of which is of St. Francis Xavier. The Mass was concelebrated by Fr. Thomas Greene, SJ, provincial of the Jesuits USA Central and Southern Province, and Fr. Timothy McMahon, SJ, rector of the SLU Jesuit community. View more photos. 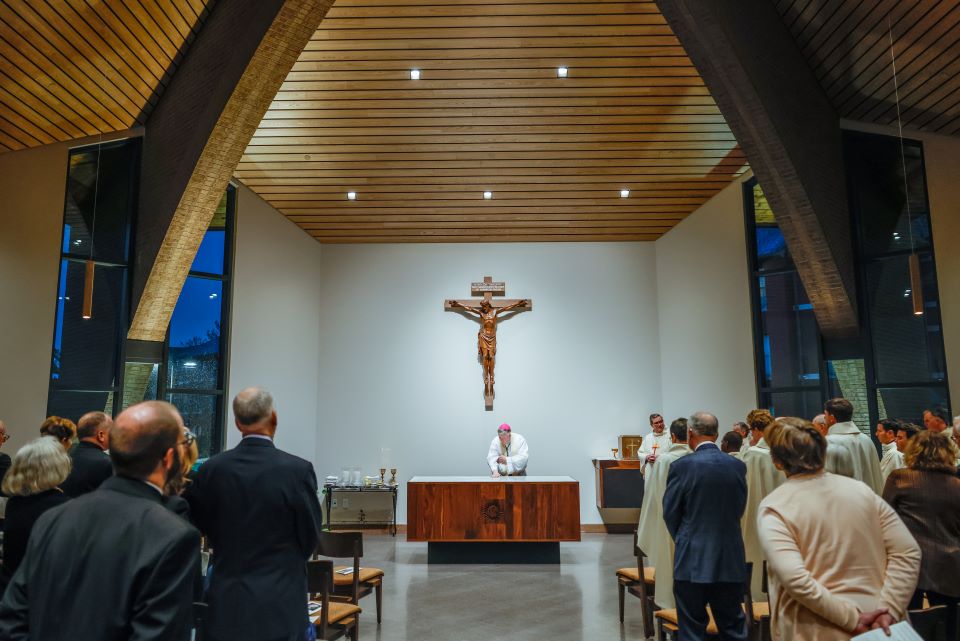 Serving Mass for the Pope

Michael Mohr, SJ (below left), who is currently studying at the Pontifical Gregorian University in Rome, served Mass for Pope Francis on the Solemnity of Mary Mother of God. 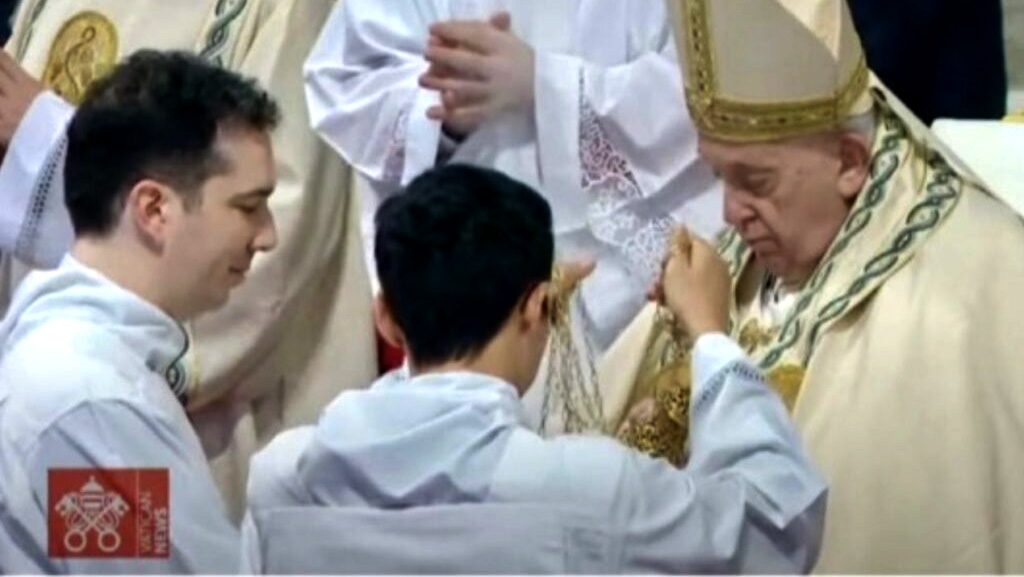 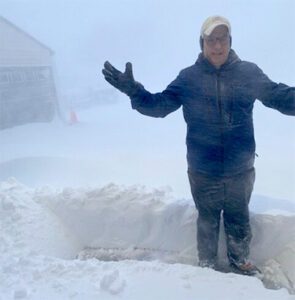 Fr. Fred Betti, SJ, associate pastor at St. Michael’s Church in Buffalo, New York, shared a reflection about how the people of St. Michael’s came together during the recent blizzard.

“Our Jesuit community decided that we would remain open and offer the church as a shelter and warming station for those in need. In turn our local neighbors and even the homeless helped us each day to try to keep our doorways shoveled and open despite the seven-foot snow drifts that buried our buildings and vehicles.”

Br. Jim Small, SJ, celebrated his 101st birthday on January 10. Br. Small, a member of the Midwest Jesuits, served for many years at Loyola Academy in Wilmette, Illinois. He painted whenever he had time, and many of his paintings were auctioned at fundraisers. He now lives at a senior Jesuit health care community, where he is artist in residence. 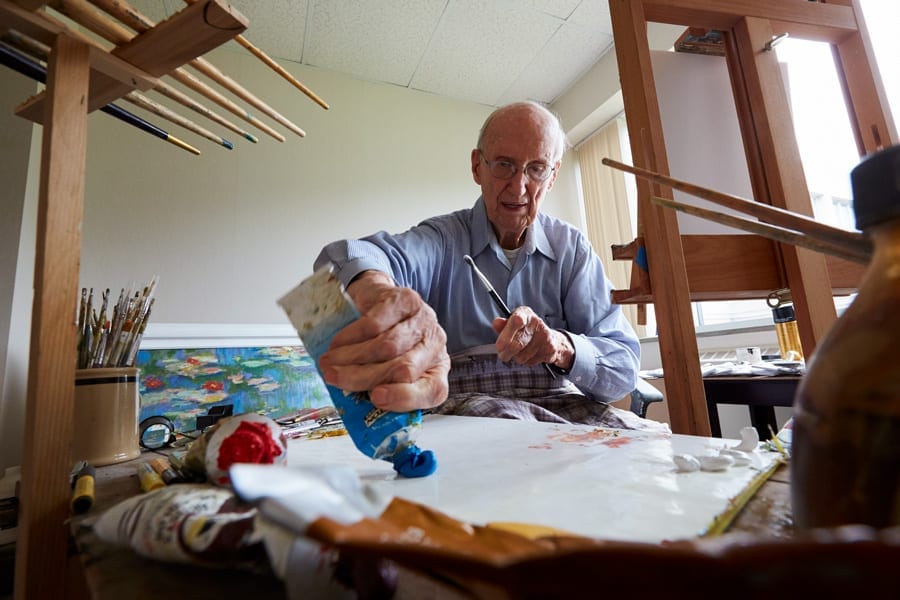 Fr. Martin McDermott, SJ, celebrated his 90th birthday on November 6, 2022. Fr. McDermott, a U.S. Jesuit, spent the day among the migrant community he has served in Lebanon for more than 40 years. 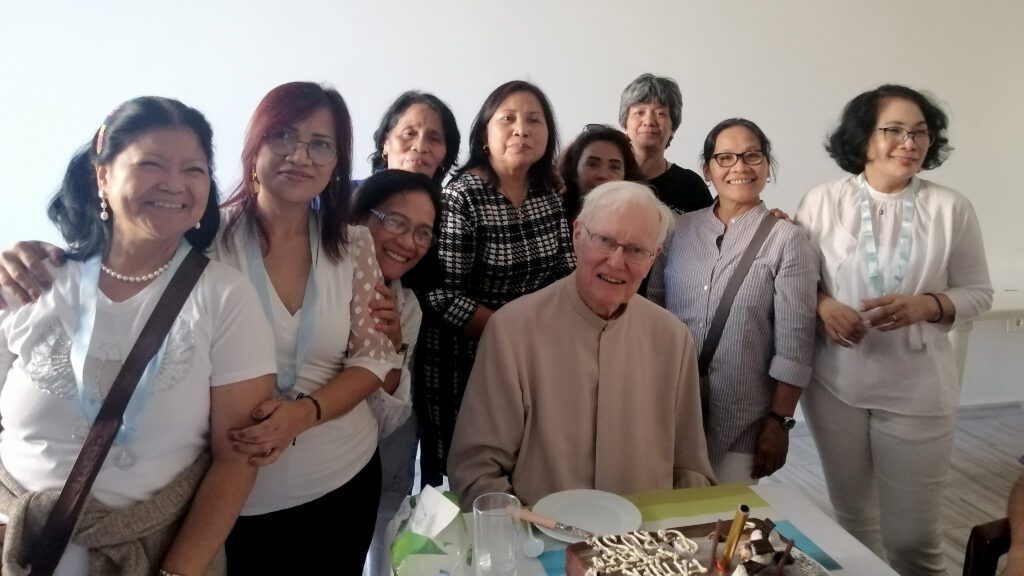 Fr. Sami Helewa, SJ, president of Campion College in Saskatchewan, Canada, received the Queen Elizabeth II Platinum Jubilee Medal for public service in education in a ceremony at the Governor’s House in Regina. “I am truly humbled by the recognition and am also happy for others who received the medal as well — great servants,” Fr. Helewa said. 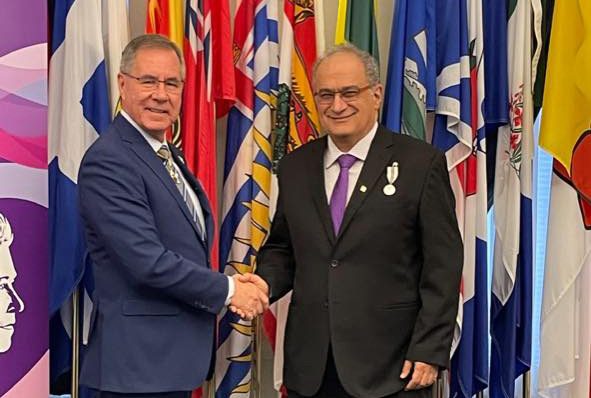 The first-year novices of Jesuits USA East began the monthlong Spiritual Exercises of St. Ignatius Loyola at the Gonzaga Eastern Point Retreat House in Gloucester, Massachusetts, in January 2023. Please remember them in your prayers this month. 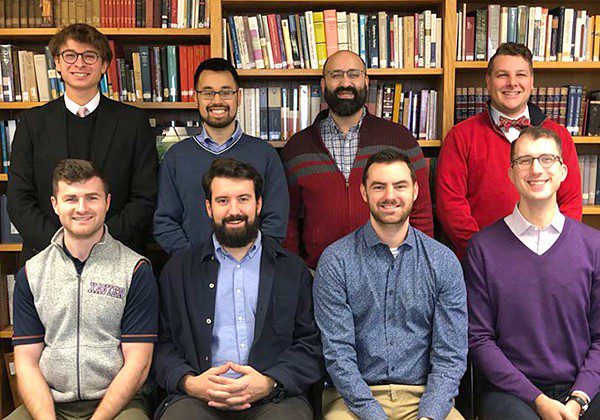 Five American Jesuits, along with two other Jesuits, were ordained as deacons on Oct. 22, 2022, by the Most Reverend Michael C. Barber, SJ, Bishop of Oakland, at the Cathedral of Christ the Light in Oakland, California. The Jesuits ordained there were: Alendro Da Costa, Daniel Dixon, Velenson Gomes, Justin Grosnick, Aaron Pierre, Aric Serrano and Simon Zachary.

These new deacons are currently studying theology at the Jesuit School of Theology of Santa Clara University in Berkeley, California. Read more. 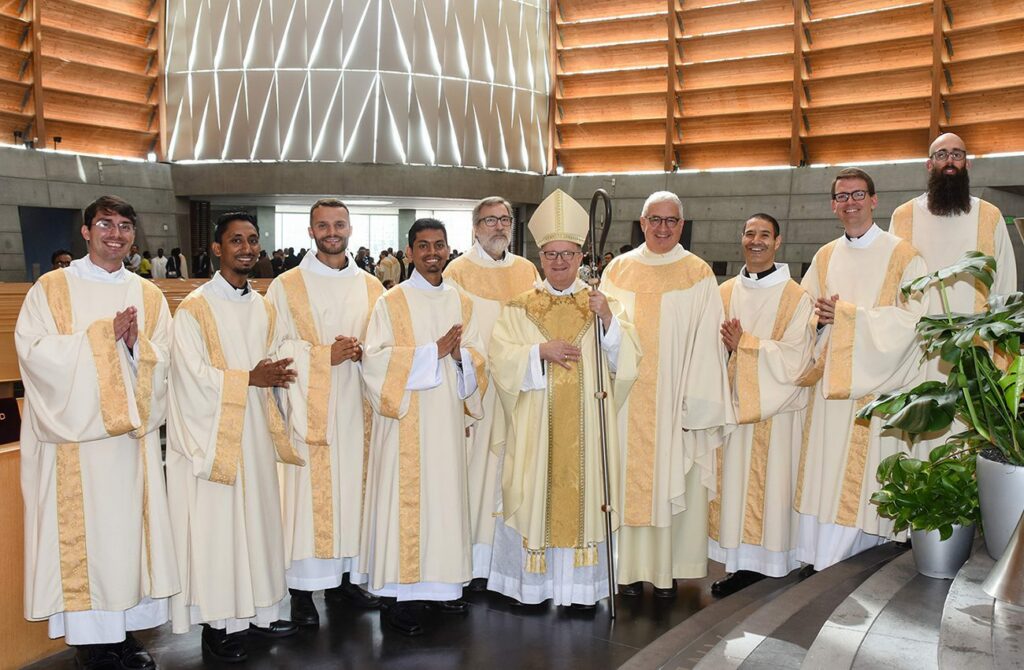