April 7, 2022 — Here’s the latest news from the Jesuits in Canada and the United States. 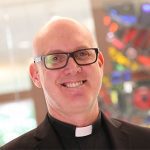 Fr. Christopher Devron, SJ, has been named the 25th president of Regis High School in New York City. Fr. Devron is currently president of Fordham Prep, a role that he’s held since July 2013. He will conclude his tenure at Fordham Prep on June 1, 2022, and start his new role at Regis this summer.

“In 2001, I came to Regis, in my first assignment as a Jesuit priest, as a classroom teacher, campus minister and founding director of the REACH Program,” said Fr. Devron. “I am thrilled to return to 84th Street to serve this special community of students, faculty, administrators and alumni.” 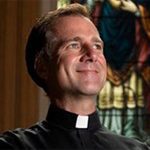 “I am dedicated to continuing to build the strong type of culture that enables us to be grounded in the values that are most important to our community,” Fr. Daffron said. 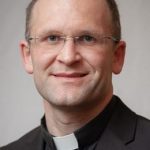 Fr. Travis Russell, SJ, has been named the next president of Verbum Dei High School in Los Angeles. Fr. Russell, who currently serves as senior policy advisor the Jesuit Conference of Canada and the United States Office of Justice and Ecology, will succeed current president Fr. Stephen Privett, SJ, in June.

Fr. Russell spent time at Verbum Dei High School from 2014 to 2016 as a teacher and director of Adult Faith Formation. “I am grateful for this opportunity to come full circle and return to Verbum Dei and work with its talented faculty and staff to pursue our collective mission of shaping future leaders,” said Fr. Russell. 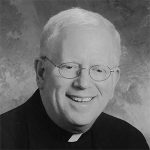 Pope Francis has appointed Fr. James Conn, SJ, as a consultor of the Congregation for the Evangelization of Peoples (Propaganda Fide). Fr. Conn is professor emeritus in the Faculty of Canon Law of the Pontifical Gregorian University and serves as superior of the Casa Santa Maria, the Roman residence for U.S. priests pursuing graduate degrees at the various ecclesiastical universities and institutes. 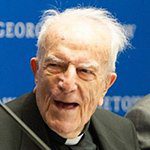 Fr. Les Orsy, SJ, 100, was awarded the Knight’s Cross of the Hungarian Order of Merit, civilian branch, by János Áder, president of Hungary  in Washington, D.C., on March 10. The award was in recognition of his decades of pastoral ministry, his internationally recognized work as a theologian and his role in strengthening the relationship between Hungarians living abroad and their motherland.

Fr. Joseph Schad, SJ, was awarded a St. Augustine Medal in recognition of his hospital ministry during the pandemic on March 19 at a special liturgy presided by Bishop Frank J. Caggiano. Fr. Schad is a chaplain at St. Vincent’s Medical Center in Bridgeport, Connecticut. 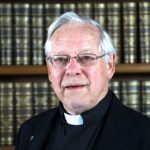 Fr. Richard Boyle, SJ, an astronomer at the Vatican Observatory, discovered the existence of a new object, named “2021 XD7,” in the outer solar system past Neptune. “2021 XD7” is a “trans-Neptunian object,” which is any minor or dwarf planet in the solar system whose orbit is outside the orbit of Neptune, the system’s outermost planet. Fr. Boyle, who specializes in observational astronomy, made the discovery using the Vatican Advanced Technology Telescope on Mount Graham in Arizona.

Manuel Chavira, SJ, was ordained to the diaconate on April 5 at Saint Ignatius Catholic Church in Portland, Oregon. Most Reverend Kenneth Steiner, Auxiliary Bishop Emeritus of Portland, was the ordaining prelate. 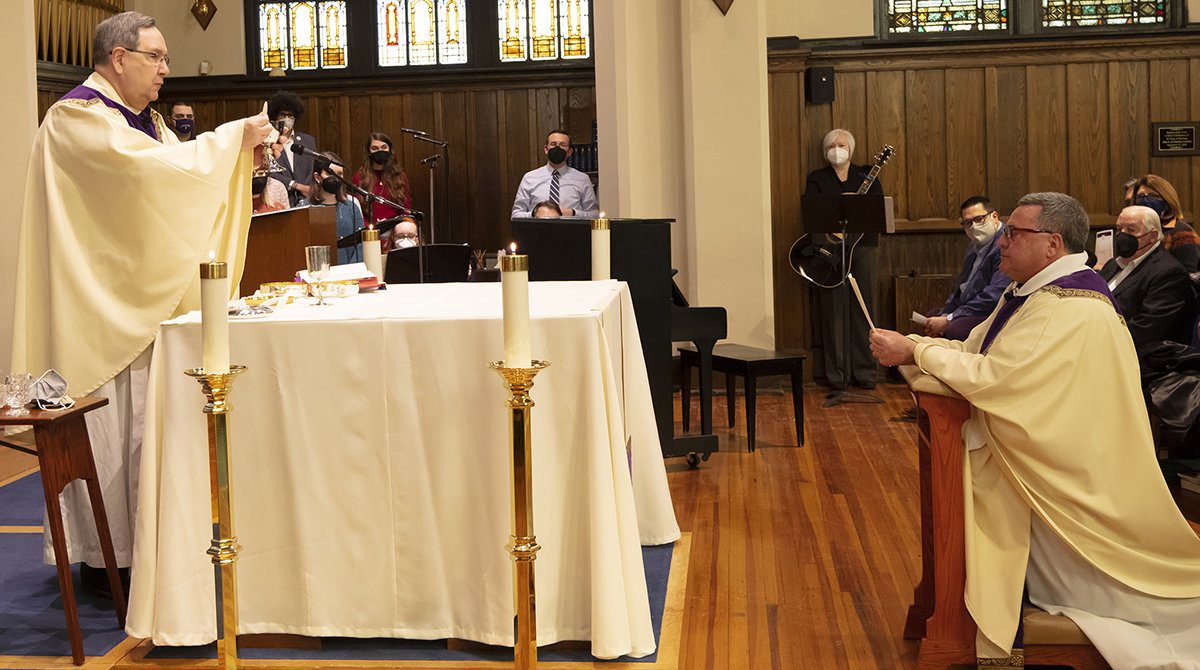 Br. Robert Macke, SJ, and Fr. Victor Cancino, SJ, pronounced final vows in the Society of Jesus on February 2. Father General Arturo Sosa, SJ, received their vows during a Mass at the Church of the Gesù in Rome.

Fr. Cancino reflects on the significance of final vows: 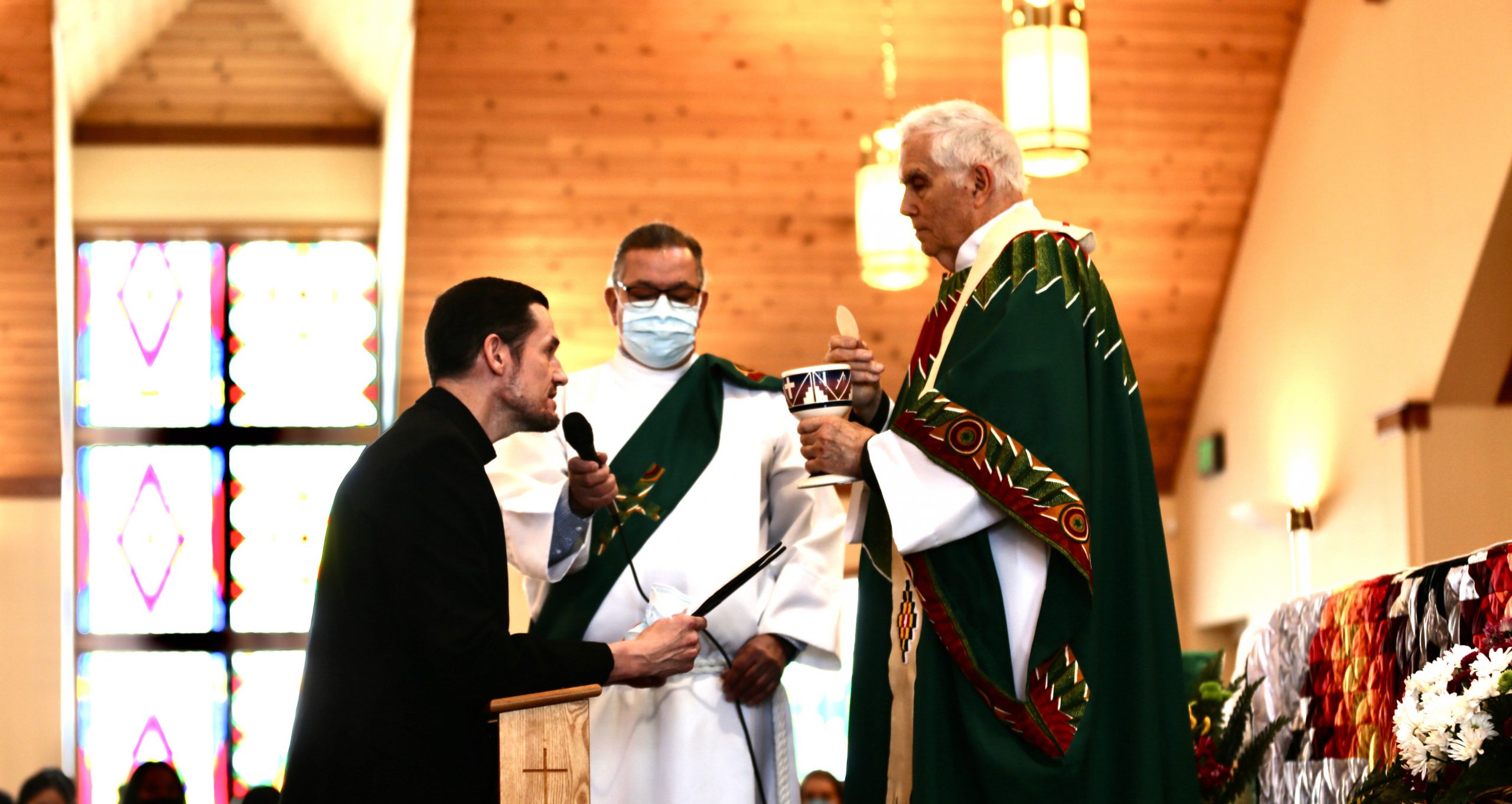 Fr. Trung Pham, SJ, pronounced his final vows in Society of Jesus on March 19 in the Chapel of Saint Ignatius at Seattle University.