Jesuits Invest in Corporations, Fight for Better Business Practices from the Inside

Working through shareholder activism, the Jesuits West Province recently helped pass a shareholder resolution to hold GEO Group, one of the largest for-profit prison and detention center operators in the U.S., accountable for human rights and treatment of detainees.

Working in partnership with investors and members of the Interfaith Center on Corporate Responsibility (ICCR), the Jesuits requested that GEO “report annually…on how it implements” its human rights policy in its facilities, which include 69 in the United States.

Jesuits West was one of a number of religious organizations that bought a small number of shares in GEO nine years ago with the intention of influencing corporate policy and standards, a tactic known as shareholder activism. The passing of the resolution for GEO is just one example of how shareholder activism can be used as a powerful tool in the Society’s social justice work.

Here, Pat Zerega, a member of the board of directors of ICCR, and Nick Napolitano, chair of the Jesuit Committee on Investment Responsibility (JCIR), explain more about shareholder advocacy. 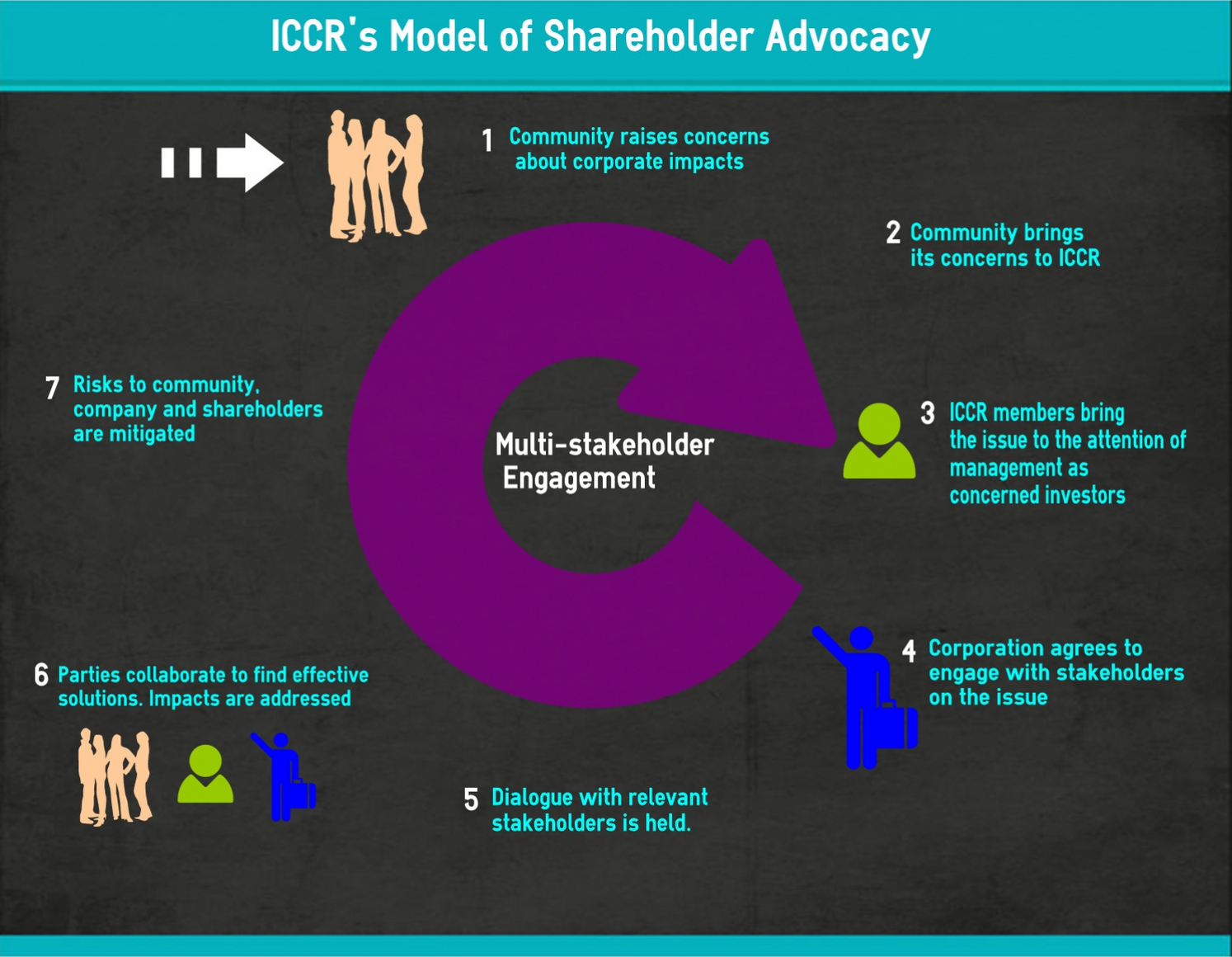 In a sentence or two, what is shareholder advocacy, exactly?

Shareholder advocacy uses the investments of the Jesuit provinces to promote changes in corporate practices to work toward social and economic justice, a sustainable Earth and for the common good. It is a method of putting our faith values to work with our investments.

What different strategies are involved?

Engagement can range from signing on to letters from the faith community to filing resolutions, attending annual shareholder meetings or engaging in corporate dialogue.

Why do communities of faith get involved with this practice?

Historically, the work goes back to 1971 when the Episcopal Church filed a resolution concerning apartheid in South Africa and General Motors’ presence in the country. The concern has always been that the funds of the church are connected to making money through investments in a company whose business operations present a faith-justice issue.

Often our faith communities have direct input from the ground through our partner churches, our own ministries, members of our religious congregations and/or organizations we work with on a regular basis. Our hope is that we can bring a voice into the corporate sphere — in board rooms and with senior executives — that is not currently being heard and to see corporate change from that presence. 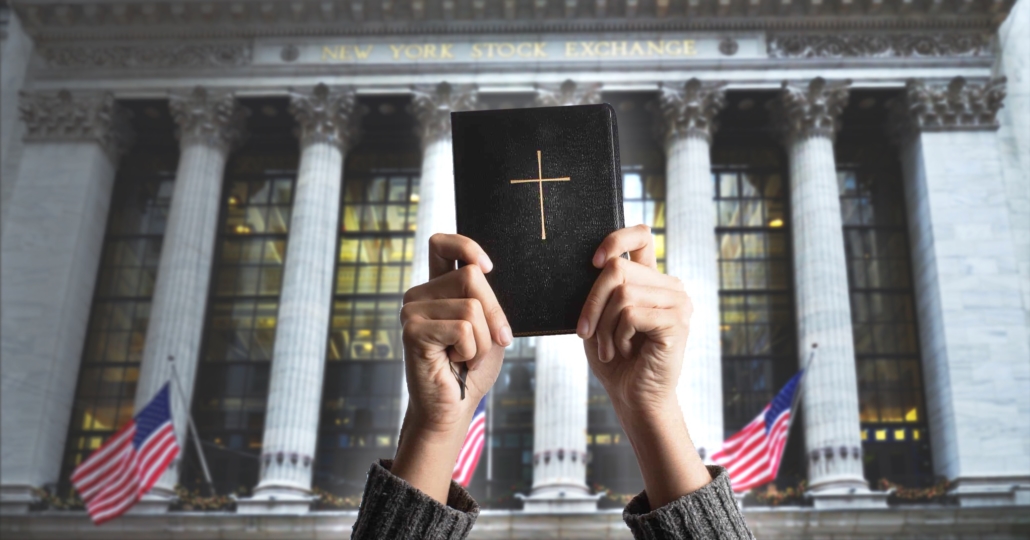 Each engagement is different. Some companies have long-standing involvement with our partners at ICCR, and we can get the name of the right person to talk with and dialogues can begin immediately.

Other companies are new to us and we write a letter requesting engagement on a particular issue. If that doesn’t work, we file a shareholder resolution. This will often bring the “right people” to the table to begin engaging with the work.

Certain “asks” of a company are fairly easy to achieve such as adding language to a policy or developing a training program such as those on human trafficking, and they can basically be achieved in one shareholder season with a second to verify implementation. Other dialogues, however, go on for decades where a variety of issues are introduced. Especially as we see multinational corporations with giant supply chains, it seems some of these will be going for many years.

The engagement category that JCIR prefers to work in is one where a significant ask is made, engagement may be 6-8 years and when the company has demonstrated they are aware of and prepared to address the issue, the work is sunset.

Boycotts need a large number of people to make an economic impact on the company. They also do not get a voice inside the boardroom/management table. Ethical concerns about investments are typically dealt with by screening companies (sometimes called a “no-buy list”).

We invest the minimum amount in these companies required by the SEC to file a shareholder resolution ($2,000). We often hold these investments in a separate SRI advocacy account, so any profits from these engagements do not contribute to the general endowment.

Are companies afraid of you?

Companies in today’s world have usually established ways of addressing shareholders. They may have developed sustainability programs that report out to shareholders on ESG (environmental, social and governance) issues; have “listening officers” to listen and talk with the community, including social media; and a process for investor relations to address such questions.

Once in a while, there will be a new company where shareholders can model good engagement and teach the company how to address these concerns.

Can everyday folks not affiliated with the JCIR / ICCR formally support the efforts? How?

Since most individual’s personal retirement investments are in managed mutual funds, there are not opportunities for most individuals to join directly in our dialogues. However, each of us can send an annual Proxy Voting guide produced by the ICCR to our mutual fund managers and instruct them that that these are important issues that you want them to vote in support of.

Any Jesuit institution that has an endowment is welcome to partner with us in this work, and that would be a way for a Jesuit parishioner, faculty/staff or student to get involved. Several Jesuit institutions across the U.S. do hold mirror advocacy portfolios and co-file with us on resolutions.

Individuals can stay updated on our work by signing up for our e-newsletter.

We invite people to pray in support of this work and that companies see the mutual benefit (to their bottom line and the common good) in pursuing environmental, social and governance standards.