Now Discern This: Why We Repair Our Hidden Parts 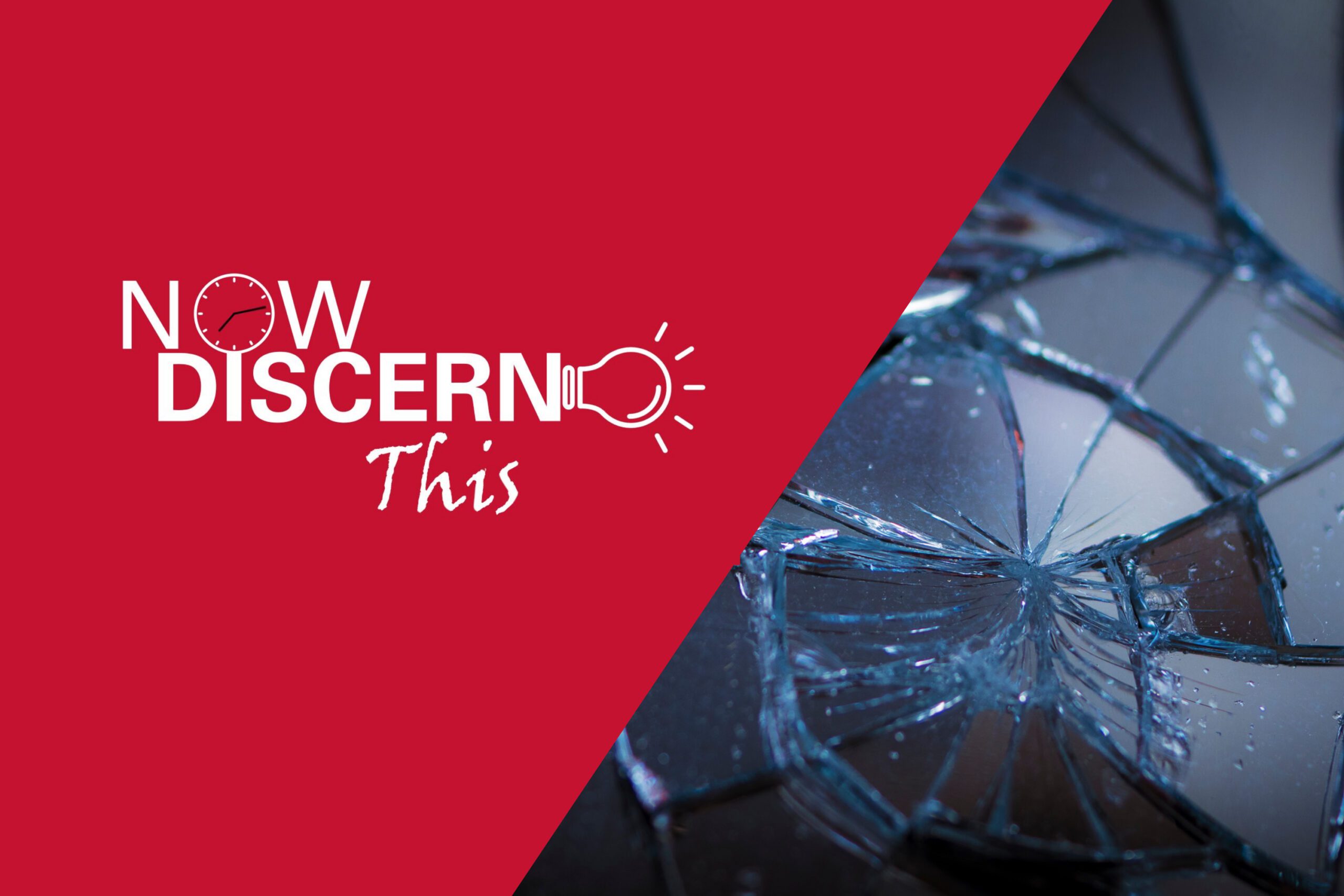 “I didn’t think you could be serious,” she said to me. “I thought you were just all jokes.”

I remember smiling at the time, nodding to my counterpart. In the moment, I took these words to mean I did a great job switching gears as the mood demanded: funny, then serious, then reflective, then funny again. Plus, she didn’t say bad jokes. A win all around!

But this conversation that took place nearly 10 years ago has stuck with me – and not as an ongoing affirmation of my hilarity.

I was part of a team giving a retreat for young adults. At that time in my life – read: before kids – that was something I did often. There’s a vibrant retreat center not far from Baltimore run by the Sisters of Bon Secours, and I spent a great many hours there writing retreat talks, forming teams and reflecting in community.

All that to say, I was pretty comfortable in the space. So, when I arrived on that particular retreat weekend – despite arriving a bit late, despite having not yet met the woman I’d be co-facilitating a small group with – I immediately began firing off jokes, teasing my friends on the team and generally being an all-around pain in the neck.

To think I gave off the impression that I was anything less than serious! When I suddenly switched gears in the small group and put on what my brother has dubbed my “reflective” voice, my co-facilitator was understandably thrown.

Now, we all have a myriad of parts that make up our personalities: sometimes we’re reflective and shy; other times we’re brazen and funny; and so on. We can’t manifest every aspect of who we are all the time, all at once! And we shouldn’t. Different moments call for different parts of our personalities.

What’s more, marginalized communities are often forced to walk a personality tightrope, discouraged by societal structures to fully express all that makes up their identities so as to conform to what the dominant culture deems “acceptable.”

All this to say, what I did on that retreat all those years ago isn’t terribly uncommon. I led with my funny foot until it was time to pop on the hat of reflection, and that all felt more or less authentic to me.

But what strikes me now is what struck me then: My fellow facilitator’s reaction was one of near-betrayal, like I was hiding part of who I was, like I was lying. And it made me wonder: Was I actually hiding something? Was I afraid of something buried deep within? Was there a reason I couldn’t better marry the reflection with the humor, presenting as a more holistic self?

I still wonder about that.

Remember: Ignatius of Loyola and the spirituality that bears his name demands that we care for our full selves – cura personalis. Our bodies, our minds, our context – all of it matters; all of it needs to be cared for, understood, integrated.

Do we – you, me – hide behind certain parts of our personalities, parts that we deem stronger or more attractive or more desirable so as to conceal some part of ourselves that actually needs our attention?

These are important questions that get to the heart of what it means to care for ourselves and others as full persons. And sure, there are and always will be times when it’s more appropriate to be reflective than funny, but what if we were able to truly integrate all that we are? What if we were able to repair and care for those parts of ourselves that are neglected, hidden away?

What would we learn about the mystery of God and God’s dream for all of creation – and how our unique mystery is in constant, deepening dialogue with Mystery? (Note the uppercase ‘M’.)

This week, tend to those parts of your own self that you perhaps unknowingly shield from the world. In so doing, you can then better manifest Jesus’ essential teaching: Love your neighbor as yourself. And then, as increasingly whole people, we can enter more deeply into the mystery of God.