“Silence”: The True Story of the Jesuits in Japan 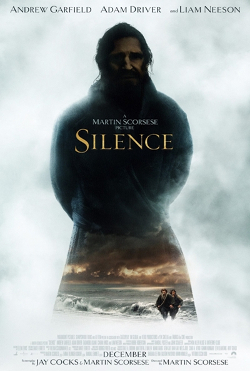 December 22, 2016 — Thirty years after Robert De Niro and Jeremy Irons portrayed Jesuits in the Academy Award-winning movie “The Mission,” the Society of Jesus figures prominently in a new film opening in theaters on Dec. 23. Decades in the making, Martin Scorsese’s “Silence” tells the story of Portuguese Jesuit missionaries in 17th century Japan. Although the film is based on a fictional novel by the Japanese author Shusaku Endo, many of the events and people depicted in “Silence” are real.

The film does not sugarcoat the brutal nature of this chapter of Jesuit history. Once welcome in Japan, missionaries were officially expelled from the country by the 1620s. A number of priests, however, went underground to minister to the Christian community. Among them was Fr. Cristóvão Ferreira, the Portuguese provincial superior of the Jesuit mission. 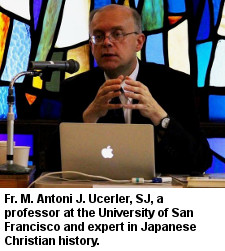 “Ferreira’s story is one of the most dramatic stories of Christianity and missionary history of all time,” says Fr. M. Antoni J. Ucerler, SJ, a professor at the University of San Francisco and an expert in Japanese Christian history. “He was the great missionary, the superior of all Jesuit missionaries, and the first to renounce his faith under torture.”

Fr. Ucerler has a unique vantage point on “Silence.” His spiritual adviser for many years was Jesuit Father William Johnston, who translated Endo’s book from Japanese into English. 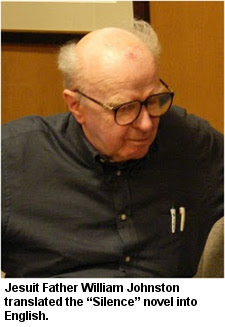 Fr. Johnston, an Irish Jesuit working in Japan, was a close friend of Endo’s and “was with Endo on his deathbed,” Fr. Ucerler says. “’Silence’ asks some of the absolutely most difficult questions about human life and death and faith. What does it mean to be loyal? What does it mean to have a belief? What does it mean to live and die for that belief? And what happens when you don’t always succeed? Did Jesus succeed by dying on the cross? That’s the mystery that Endo was trying to understand.”

The Jesuits were responsible for planting the seeds of Christianity in Japan, through the missionary efforts of St. Francis Xavier, SJ, one of the founding members of the Society of Jesus. Xavier and the Jesuits landed there in 1549, establishing several Jesuit communities. A steady stream of Jesuits, mainly Portuguese, continued to arrive in the country through the 1570s. 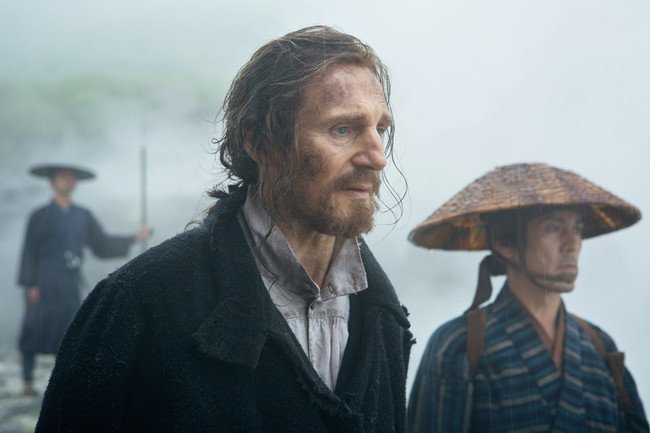 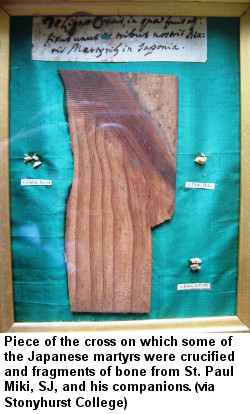 This was the golden age of the Jesuits’ evangelization in Japan. According to Fr. Ucerler, an estimated 300,000 to 500,000 Japanese were baptized as Christians.

“Perhaps a certain number of these Christians were not really believers. Some did abandon the faith when commanded to do so, but many others held fast to their faith,” he explains. “That is comprehensible, because those were the days when, just as in Europe, if your feudal lord told you to do something, you did it.”

The mission, which included a Jesuit college, several schools and a novitiate, grew until the martyrdom of St. Paul Miki, SJ, and his companions in 1597 — the 26 martyrs of Japan — by the feudal lord Toyotomi Hideyoshi. In 1600, the shogun (military dictator) Tokugawa Ieyasu unified Japan; but beginning in 1614 he ordered all missionaries out of the country, issuing a decree forbidding the practice of Christianity.

Suspected Christians were required to step on likenesses of the Virgin Mary or Christ, called fumie, to prove they were not believers. Those who resisted were tortured or executed. Many fumie were made of copper, carved out of stone or wooden blocks, or painted. The surviving fumie that exist today are smoothed and worn down by the trampling of thousands of feet. 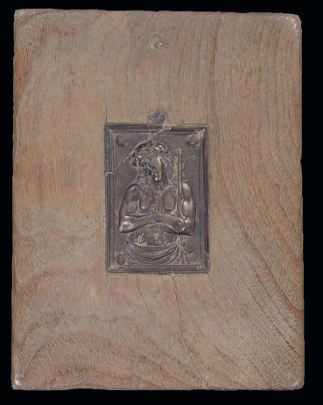 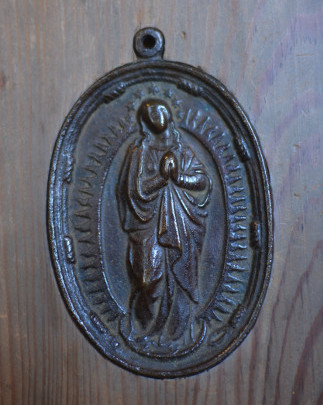 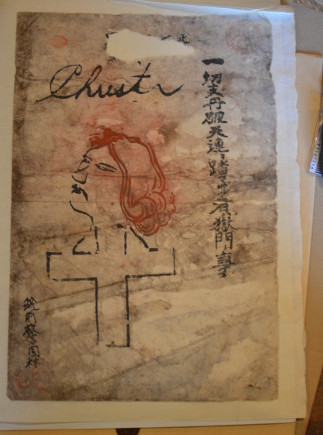 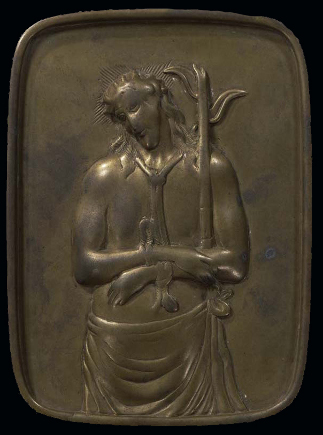 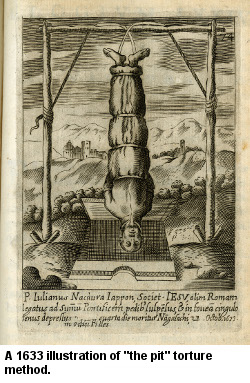 The shogunate devised more and more painful ways of killing the Christians, including slow-burning at the stake and “the pit,” a torture method featured in Endo’s novel. Victims were bound and hung upside down in a deep hole, with their heads stuck in excrement. A small cut was made near the temple or forehead so blood could drip out, instead of pooling in the head and making the person unconscious too quickly. This way, the torture was prolonged and it could take days before the victim died. The captors would end the torture if the victims signaled that they apostatized, or renounced their faith, by raising one arm, which was left unbound. But the shogunate soon felt that persecuting the converts was not enough.

“They realized that the Christians were emboldened by this example of people dying for their faith,” says Fr. Ucerler. “They decided they must find a better strategy. ‘What would really break the Christian community?’ they thought. ‘Well, if we could get not only the Christians but also the Jesuits to renounce their own faith, then that would really demoralize the Christians.’ That became their approach. I call it diabolical.” 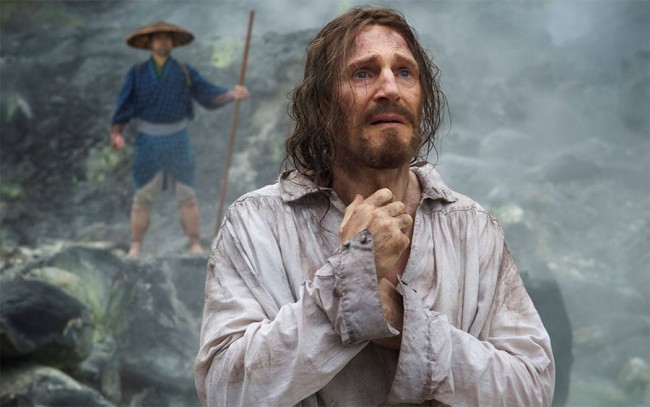 These were the hostile and terrifying circumstances in which the narrative of Silence is set. The novel opens with the historically accurate disappearance of Ferreira, who had arrived in Japan in 1609. Following Ferreira’s torture and apostasy, two delegations of Jesuits were sent to Japan to allow themselves to be arrested and to find Ferreira, who had become an inquisitor, interrogating Christians and urging them to apostatize — even writing an anti-Christian treatise. 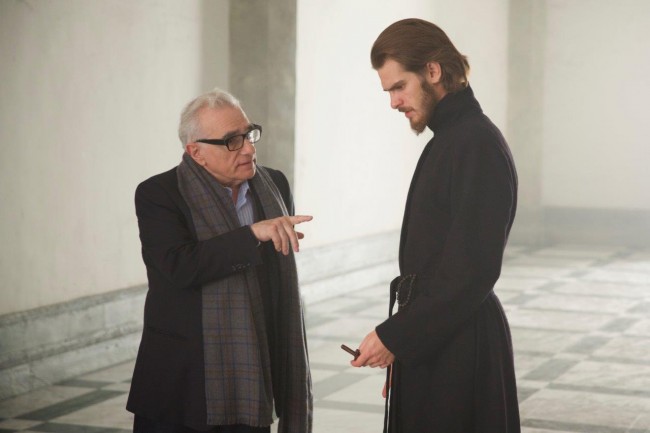 The delegations were to be executed as martyrs to atone for Ferreira’s apostasy. Instead, most of these Jesuits, with some notable exceptions, apostatized themselves, broken by the same torture. There are stories that Ferreira took his apostasy back at the end of his life and died a martyr, but no evidence exists to confirm or deny his true fate.

“Endo is considered the Graham Greene of Japan,” says Fr. Ucerler, referencing another important Catholic author. “He liked to scrutinize morally difficult issues. In the book, these two Jesuits are going to redeem Ferreira and are going to be glorious martyrs, but events unfold differently. Garrpe does die, but Rodrigues goes through this crisis, and then he hears the gentle voice of God breaking the silence, ‘It’s OK to step on the fumie.’ That’s Endo trying to talk about what God’s mercy means.”

Now Scorsese is the one examining God’s mercy. His passion project finally a reality, the filmmaker recently screened “Silence” at the Vatican for 300 Jesuits and met Pope Francis, who once dreamed of becoming a missionary in Japan himself.

Father James Martin, SJ, editor-at-large of the Jesuit magazine America, served as a spiritual adviser to the cast. “’Silence’ is like living inside a prayer,” Fr. Martin says. “I hope every Catholic sees this film.”

In the present day, surrounded by an abundance of religiously fueled persecution, violence and conflict worldwide, it may be our best attempt at understanding the silence.

Read a reflection about “Silence” from Jesuit Father M. Antoni Ucerler in The Huffington Post.