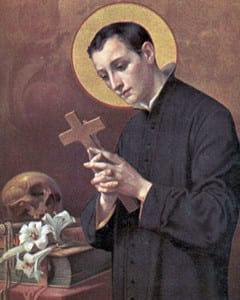 June 21, 2021 — Today is the feast day of St. Aloysius Gonzaga, an Italian Jesuit known for his courage in serving the sick and his dedication to the education of young students.

Born into a noble family in Castiglione, Italy, St. Aloysius’ father, the Marquis of Castiglione, groomed him for a military career. At the age of eight, he went to serve in the court of the Grand Duke Francesco I de ’Medici and was then sent to Florence for his formal education.

Shortly thereafter, St. Aloysius began suffering from kidney disease, which he saw as a blessing as it allowed him time to reflect and pray. It was during this time that he first felt called to the priesthood. He received his First Communion from St. Charles Borromeo in July 1580.

In the wake of his illness, St. Aloysius spent his time teaching catechism to poor young men, instead of continuing his military training. Against his father’s wishes, St. Aloysius announced his intent to join the Society of Jesus. At 18 years old, he renounced his title and lands. 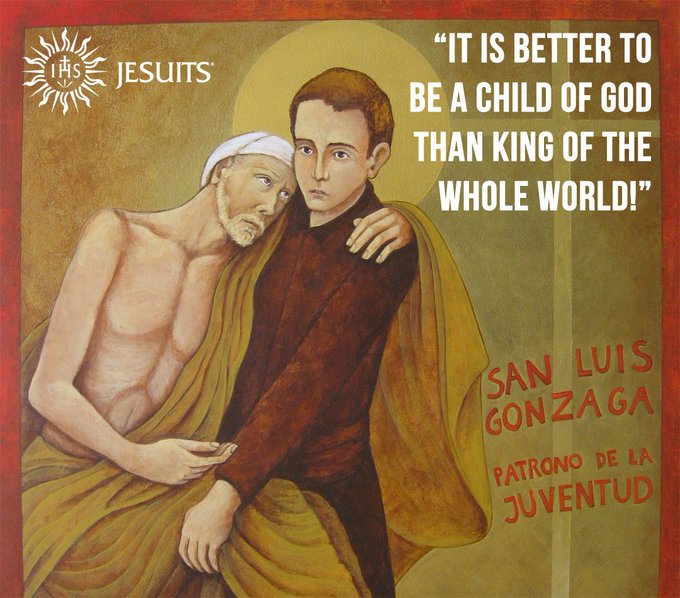 In 1585, St. Aloysius entered the Jesuits and studied under St. Robert Bellarmine, SJ, who acted as his spiritual adviser. He professed First Vows in 1587 and studied at the Roman College.

In 1591, a plague swept over Rome. St. Aloysius volunteered to serve at the Jesuit-established hospital, where he and his fellow Jesuits worked directly with the infected. St. Aloysius begged for alms for the victims and also worked one-on-one to feed and clean those affected by the epidemic. He contracted the plague and his health declined quickly.

St. Aloysius Gonzaga died in Rome on June 21, 1591, at the age of 23. He was canonized in 1726 by Pope Benedict XIII. St. Aloysius is the patron saint of youth, students and AIDS patients and caregivers.

Many academic institutions have been named in his honor, including Gonzaga University in Spokane, Washington, and Gonzaga College High School in Washington, DC.