The Feast of St. Ignatius Loyola 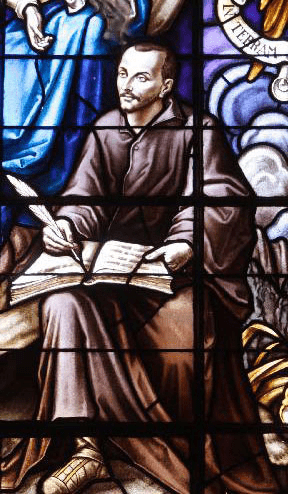 Born in 1491, Ignatius was a different kind of saint. As the noted Jesuit historian Fr. John O’Malley, SJ, observed, “Ignatius redefined the traditional basis of saintliness,” which usually involved a degree of unworldliness. In contrast, Fr. O’Malley refers to Ignatius as a “worldly saint.” Ignatius made sure that the early Jesuits were spending most of their time in relatively secular spaces such as classrooms — teaching less directly about the Bible and Church doctrine than about literature and the ancient classics. He sent letters to his missionaries asking that they write back not just about their ministries, but also about the local customs, the plants and wild life — “anything that seems extraordinary.” Most of all, Ignatius wanted Jesuits to go out and “find God in all things.”

Conveniently carry the Daily Examen with you wherever you go by adding it as your phone’s lock screen wallpaper.