Walsh Jesuit Student Reflects on Migration Realities for Teenagers at the U.S.-Mexico Border

This reflection is part of our story series, Migration and Latin American Policy. To learn more about how the Ignatian community is addressing migration injustice, read our resources and sign up for our action alerts.

February 4, 2020 — This past summer, I traveled to the Arizona-Mexico border for a service trip with seven other students from Walsh Jesuit High School in Northeastern Ohio. I naively thought that I was extremely prepared for the immersion trip and  that I wouldn’t learn much. After all, I have been following the political debates and news coverage on immigration for a few years and could spew out statistics at the drop of a hat. Boy, was I wrong.

I knew all about how many babies have been ripped out of their mothers’ arms at the U.S. border. I had read stories of ICE agents pulling drivers over for migration status “checks” and then deporting them the very next day. But, in all my research, I never came across the group I could most relate to: teenagers. 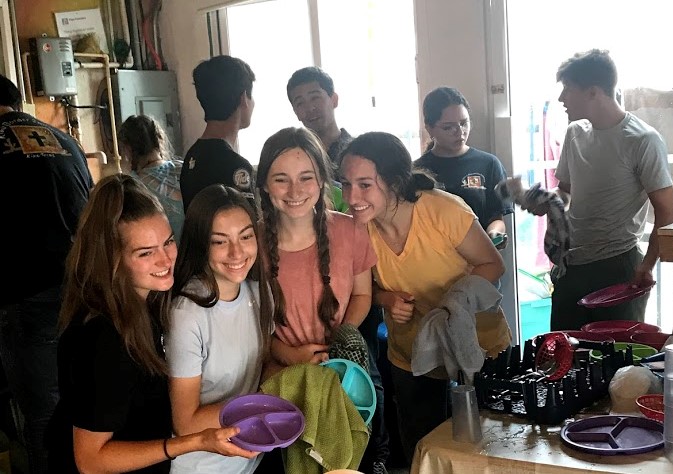 Julia Rizzo (second from right) stands with classmates in a migrant shelter on the U.S.-Mexico border. (Tony Dipre)
In all the mental health statistics and death rates I read, nothing ever discussed the effects that our cruel immigration laws have on people my age. Going to the border and meeting kids like me was heartbreaking.

I met teens forced to leave everything they know just to survive, and that challenged me to look at my safe, comfortable life and recognize my privilege. This new perspective has inspired me to advocate for social justice issues, namely immigration reform, allowing others to understand what I saw in Arizona. Through my time at the border, I learned how important it is to educate others on social justice issues in a way that they can understand. Unfortunately, that also means breaking their hearts and making bystanders sensitive to the issues of those who share this Earth with us. 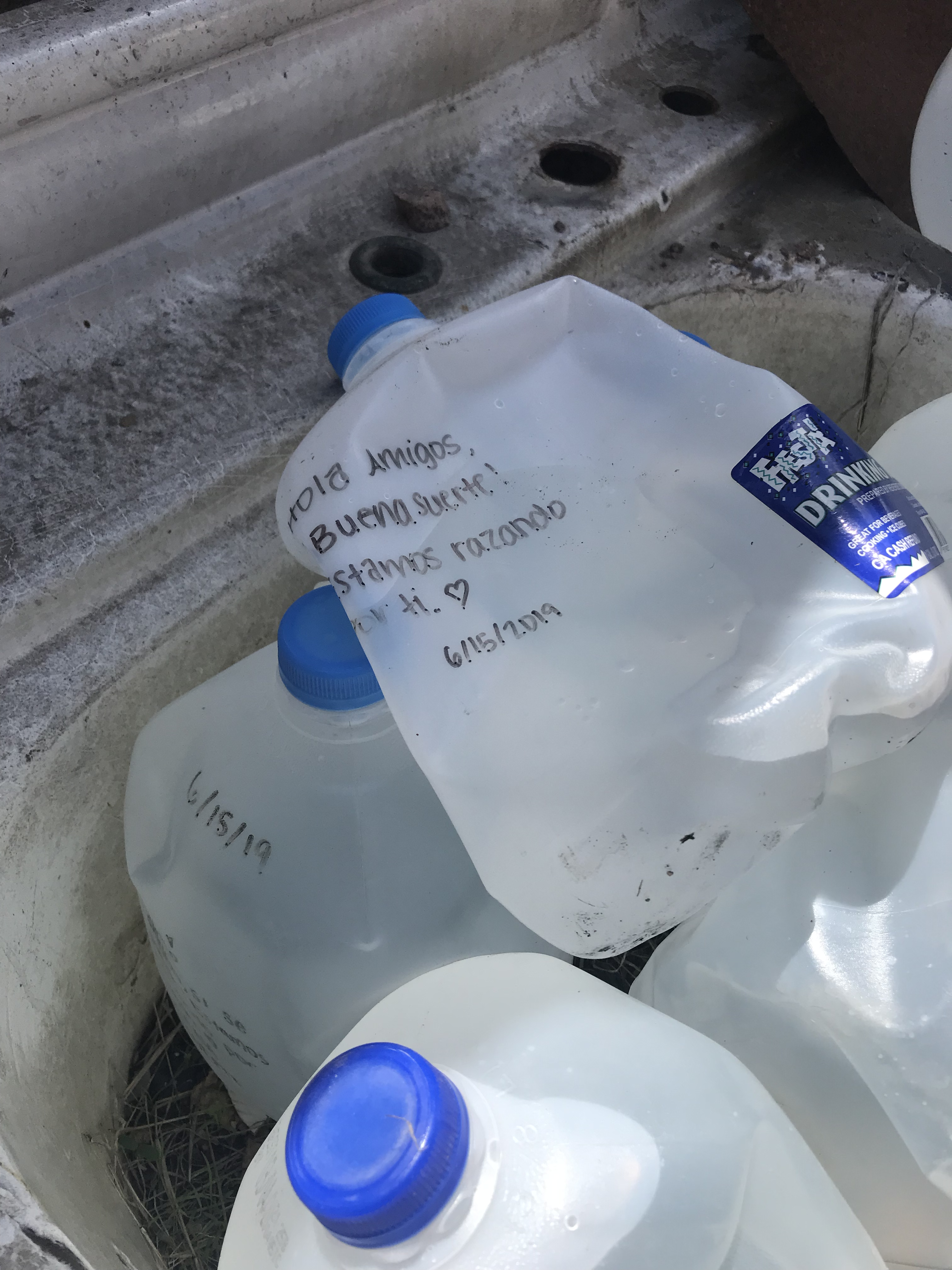 This water bottle, left by volunteers for migrants along this route, reads: “Hello, friends. Good luck! We are praying for you.”
I have told many stories about people I met at the border, but I rarely talk about the boy who changed my entire understanding of this crisis. His name is Gerson. Gerson is a 15-year-old boy who loves soccer, his family, jokes and horror films. Some of his favorites include “Chucky” and “Annabelle.”

With his camouflage baseball cap worn proudly on his head, he smiled and talked about himself and his family. We talked lightly at first, with the limited Spanish I knew. I told a few jokes that I remembered from my middle school Spanish class (Qué hace un pez? Nada!)*, and we both laughed at my horrible pronunciation of each word.

Then, a school chaperone, Senora Haught, helped translate the harder parts. Gerson is from Honduras, a country known for its high rates of gang violence. A month before I met him, Gerson’s cousin was killed by a gang. Gerson and his family were not safe there anymore. So, he and his father fled Honduras, forced to leave Gerson’s mother and siblings behind because they would not be able to make the long journey.

When I met Gerson, his father was consulting with an advisor on how to best approach their case for asylum in the U.S. With very little money or belongings, Gerson and his father were living in limbo, relying on the kindness of those around them and enduring extreme stress. 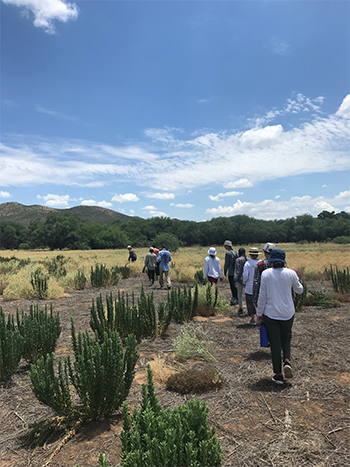 Students hike along a migration route in the Sonoran Desert near the Mexico-Arizona border. Border Initiative, migrants like Gerson have approximately a 3 percent chance of winning their asylum cases. Months later, I have no idea what happened to Gerson and his family.

Sometimes I see a camouflage baseball cap and remember the optimistic kid I met so many months ago. I can only hope and pray that Gerson and his family are safe, happy and healthy wherever they may be.

Since we returned from the border, our group has widened its range of advocacy at school through in-class presentations on immigration to inform fellow students. We also gave a presentation during Fair Trade Night and organized a campaign to send letters to and call our government officials on behalf of our migrant brothers and sisters. Through our advocacy, we can shine a light on an issue that is causing pain to millions of people even today.

* Qué hace un pez? Nada!: Directly translated this phrase means “What does a fish do? Nothing!” But, nada is also the conjugation for swim, creating a wordplay joke.