What Are the Possibilities for Immigration Reform in the United States?

February 8, 2020 — President Joe Biden has wasted no time since his inauguration as the 46th president of the United States on January 20, 2021. That very day, he issued a flurry of executive orders reversing some of the most harmful immigration policies of the previous administration. He also introduced legislation that would completely overhaul the outdated and dysfunctional immigration system in the United States by, including many other things, offering a pathway to citizenship for the 11 million undocumented immigrants currently living in the United States.

As a long-time immigrant advocate, it is tempting to view Joe Biden’s win as a clear repudiation of Donald Trump and his callous approach towards immigrants. My initial impulse is to regard those that supported such policies (or were at least willing to tolerate them) as lost causes who can and should be relegated to the dustbin of history. However, neither the political realities of today nor my faith allow me to do so.

First, enacting comprehensive immigration reform will require bipartisan support. As evidenced by the almost 75 million votes he received, Donald Trump and his anti-immigrant platform continue to enjoy widespread appeal. Second, as a Christian I believe in the resurrection of Jesus. Therefore, I must also believe in redemption and people’s ability to repent, see the error of their ways, and change for the better.

This is the main challenge I face in my work: how to get more people to view immigrants not as invaders, freeloaders, or lawbreakers but as our brothers and sisters whose comfort and well-being is our collective responsibility?

When I first began my work in advocacy, my first instinct was to present facts and data to debunk the myths and misinformation circulating about immigrants. For example, while there is ongoing debate about its effect on specific populations, there is widespread agreement amongst economists that immigration benefits the economy as a whole and has little or no effect on overall employment and earnings for workers already in the U.S. Fear mongering over the threat posed by undocumented immigrants is equally unfounded since a 2015 study in Texas, the only state that compares crimes committed by immigration status, showed that native born Americans are overrepresented among those convicted of homicide as compared to both documented and undocumented immigrants. Data is important and certainly has a place in political debates, however, in the world of public opinion, feelings often matter much more than facts.

I do not mean to suggest that these feelings are always illegitimate or irrational. After all, it is reasonable, for example, to be concerned about job security during a pandemic that at one point drove unemployment to 15 percent. The problem arises when that anxiety is unfairly projected onto immigrants and politicians and citizens alike begin to believe that fear, suspicion, or resentment are the only emotions they can feel towards immigrants. The truth is, it is possible to both be anxious about one’s economic future and grateful towards immigrants, especially those who have served as essential workers during the pandemic. One such worker is Claudia (whose was changed to protect her identity), a farmworker featured in the Solidarity Across Borders campaign conducted by the Jesuit Migration Network. Throughout the pandemic, Claudia continued doing what she has done for the last 20 years and picked apples in the state of Washington. Whether in the halls of Congress or around our kitchen tables, debates around immigration force us all to decide which emotions we will privilege. Fear, distrust, and resentment? Or gratitude, understanding, and compassion?

Seventy-five million vote cast for a candidate who made rollbacks to the rights and dignity of migrants a key feature of his administration means that around half the country will not initially share my vision for comprehensive immigration reform. However, as advocates, we can never hope to be successful if we immediately shame or dismiss those that disagree with us. All of us must dig deeper to feel more generously towards those with whom we disagree. It is only from this angle that we can then begin to gently urge others to discover and eventually privilege alternative emotions towards immigrants. In this way, we build a society based on a culture of encounter where we all collectively work towards the common good.

This piece was originally posted on the Comillas University blog, Building Bridges. You can read the original, in Spanish, here. 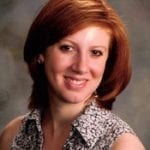