February 23, 2021 — After fleeing political persecution in Venezuela, two children arrived with their grandparents at the U.S.-Mexico border. They applied for asylum in the U.S., but due to the Migrant Protection Protocols—a policy that forces most  asylum applicants to wait in Mexico while their claims are processed in the U.S.—the grandparents were returned to Mexico while the children were taken into U.S. custody.

This “pushback” is one of 17 cases that the Kino Border Initiative and Gonzaga Law School documented in a recent report to the United Nations (UN) Special Rapporteur on the human rights of migrants for his upcoming report on “pushbacks,” which will be presented at the 47th session of the Human Rights Council this summer. This report can then be used to raise issues of concern, seek clarification and remind governments of their international obligations towards migrants, or request information on steps being taken to rectify any alleged human rights violation.

This input was one of several submitted by members of the Jesuit Migration Network (known by the Spanish acronym RJM) including the Kino Border Initiative, Jesuit Refugee Services/Canada, UD Mercy Law, the US-Canada Cross Border Network and the Center for Human Rights of Children at the Loyola Chicago School of Law.

“It is a privilege to join the collective effort by the Jesuit Migration Network in speaking out against the atrocities and harm suffered by immigrant children at the hands of our nation’s leaders,” says Malachy Schrobilgen, a second-year law student at Loyola Chicago School of Law who was instrumental in drafting the submission by the Center for Human Rights of Children. “Part of this mission is to act as ‘persons for others,’ and this could not be more relevant than in the case of advocating for the rights of migrant children who cannot protect themselves against the coercive power of the state.”

The submissions documented how governments across the Americas have blocked migrants’ access to international protection and forced them back into danger through policies like the Migrant Protection Protocols, Title 42 expulsions and increased militarization at U.S. borders.

“This project provided my law students with two important practical lessons,” said Megan Ballard, a professor at Gonzaga Law School, who assisted with the Kino Border Initiative’s submission. “First, international human rights law can be harnessed in concrete ways to promote humane border policies and practices. But more critically, working with the Kino Border Initiative and the Jesuit Migration Network demonstrated the strength of collective advocacy and the contributions lawyers can make to advance collaborative social justice campaigns.”

As the Biden administration recalibrates the role of the United States on the global stage, advocacy at the international level will be an important tool to bring attention to the ongoing plight of migrants at our borders. This advocacy will create the necessary pressure to ensure policies at the U.S.-Mexico and U.S.-Canada borders are in line with international standards.

“Advocacy at the UN and the international level is essential to building respect for the basic human rights of migrants and holding accountable those people or governments who violate those rights,” says Schrobilgen. “Applying the pressure of international consensus can lead to policy changes at the international, national and local level that uphold the social imperative that human rights standards protect the basic dignity and humanity of migrants. At the very least, advocacy at the UN forces us, as members of a global community, to bear witness to the hardship and suffering of migrants and spur us to do better in the future.”

To learn more about the Jesuit Migration Network of the United States and Canada, please contact the co-chairs of the network, Caitlin-Marie Ward, Senior Advisor on Migration at the Office of Justice and Ecology or Chris Kerr, Executive Director of the Ignatian Solidarity Network. 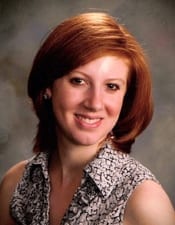 Caitlin-Marie Ward is the Senior Advisor on Migration for the Office of Justice and Ecology. She develops and coordinates advocacy efforts to protect immigrants’ rights, promote comprehensive humane immigration reform and address human rights concerns, particularly in Latin America.