The Society's Superior General appoints a president to oversee the work of the Jesuit Conference. The Jesuit Conference Board is comprised of the six provincials of Canada and the United States. Secretariats under the direction of the executive secretary/socius advance its mission.

Headquartered in Washington, D.C., the Jesuit Conference promotes common goals and coordinates common projects for the Jesuit provinces of Canada and the United States. As Conference president, Fr. Paulson serves as part of the Superior General’s extended council and represent the Society in many church and civic venues. He also represents the Conference internationally and serves as the religious superior of the Boston College School of Theology and Ministry and the Jesuit School of Theology of Santa Clara University in Berkeley, California.

“I am humbled to be entrusted with this responsibility to work with the five provincials in Canada and the USA to advance our shared responsibility for the global Jesuit mission — we are stronger together,” said Fr. Paulson.

Named provincial of the Chicago-Detroit Province in 2013, Fr. Paulson led a unification process with the Wisconsin Province, which joined together to form the USA Midwest Province in 2017. During his tenure in the Midwest, Fr. Paulson had been a leader among the provincials in his work toward racial justice and healing in partnership with the Descendants of those enslaved by the Jesuits. He has also been a key voice on topics related to the promotion of vocations and Jesuit formation — the training of men who enter the Society.

Fr. Paulson has served in a variety of leadership positions as a Jesuit. From 1993 to 1998 he was the vocations director for the Chicago Province (now the USA Midwest Province). After 11 years as president of Saint Ignatius College Prep in Chicago (1999 to 2010), he was named rector of the Loyola University Jesuit Community in Chicago before becoming provincial of the Chicago-Detroit Province (now the USA Midwest Province).

Fr. Paulson entered the Society of Jesus at Loyola House Jesuit Novitiate in Berkley, Michigan, on September 12, 1981. He was ordained to the priesthood on June 13, 1992, and professed final vows on March 25, 2001. A native of Waukegan, Illinois, he attended St. Anastasia Grade School and Campion Jesuit High School in Prairie du Chien, Wisconsin. When the school closed in 1975, he finished his high school education at Loyola Academy in Wilmette, Illinois, and went on to earn a bachelor’s degree in international economics from Georgetown University’s School of Foreign Service.

After graduating from Georgetown, he entered the Society. Since joining the Jesuits he has earned a master’s degree in political philosophy from Loyola University Chicago, a bachelor of sacred theology degree (STB) from Centre Sèvres in Paris, a master’s degree in education from the Harvard Graduate School of Education, and a licentiate in sacred theology (STL) from the Weston Jesuit School of Theology. He has served on the board of trustees at Brebeuf Jesuit Preparatory School, Christ the King Jesuit College Preparatory School, the Lumen Christi Institute of Chicago, and was a trustee associate at Boston College after 16 years of service on the board of trustees. 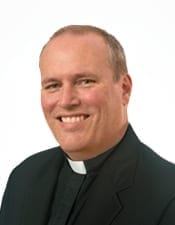 Father Sean Michaelson, S.J., is the Executive Secretary/Socius for the Jesuit Conference of Canada and the United States.

Fr. Michaelson first met the Jesuits as a high school student at Brophy College Preparatory in Phoenix. At Georgetown University, he earned a bachelor’s degree in English and continued his studies at Boston College, where he earned a master’s degree.

Fr. Michaelson entered the Society of Jesus as a novice in 1996, later earning a master’s in philosophy from Fordham University in New York and a Ph.D. in 18th-century British and Irish satire from Arizona State University. His theology studies include a Master of Divinity degree, a Licentiate in Sacred Theology and a master’s in theology, all from Regis College at the University of Toronto.

Ordained in 2006, Fr. Michaelson taught at the Colegio del Sagrado Corazon in Montevideo, Uruguay, before joining the English department at the University of San Francisco as an assistant professor. In addition to serving as chair of the English department, Fr. Michaelson was also the director of the St. Ignatius Institute, the university’s great books residential learning program.

Before his current role at the Jesuit Conference, Fr. Michaelson served for three years as formation director for the California and Oregon Province Jesuits, responsible for the training of the provinces’ men preparing to be Jesuit brothers and priests. 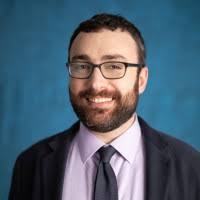 Mike Jordan Laskey joined the Jesuit Conference communications team in 2018. He leads a team responsible for the Jesuits.org website, social media and vocation promotion. He also serves as the host of the AMDG Jesuit podcast.

Previously, Mike was the director of Life & Justice Ministries for the Diocese of Camden, New Jersey, and worked in Catholic parish and nonprofit ministry. A writer and speaker, he is the author of the book The Ministry of Peace and Justice (Liturgical Press), and he's the sports columnist for the National Catholic Reporter, where he also contributes to the Young Voices section. His work has also appeared in America, Give Us This Day, Millennial, US Catholic, Vice and other outlets. He has an MA in theology from the University of Notre Dame, where he also earned a BA in English. He lives with his family in Maryland. 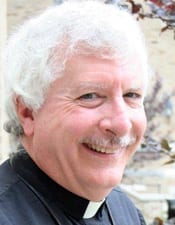 Delegate for Formation and Jesuit Life

Delegate for Formation and Jesuit Life

Father Paul Holland S.J., is the Delegate for Formation and Jesuit Life for the Jesuit Conference of Canada and the United States. Responsible for coordinating policies and matters related to the personal and communal life of Jesuits, Fr. Holland oversees efforts in areas such as formation, health care, ethics in ministry and vocation promotion.

Prior to joining the Jesuit Conference, Fr. Holland served for six years in Connecticut as rector of the Fairfield University Jesuit Community. From 2005 through 2010, he was the rector of the Jesuit community at Campion Renewal Center in Weston, Massachusetts. Earlier assignments include serving as pastor at St. Thomas Aquinas Parish in Storrs, Connecticut, and as an associate chaplain and instructor in religious studies at Fairfield University.

He earned a master’s in ecclesiology from the University of Notre Dame, a master’s in philosophy from Boston College, a Master of Divinity degree from the Jesuit School of Theology in Berkeley, California, and a bachelor’s degree from Harvard University. As a young Jesuit, Fr. Holland taught English, African history and Zambian civics at Canisius College in Zambia. He served as a consultant to the U.S. Bishops’ Committee on Vocations and has published articles on theology, spirituality, vocations and prayer. 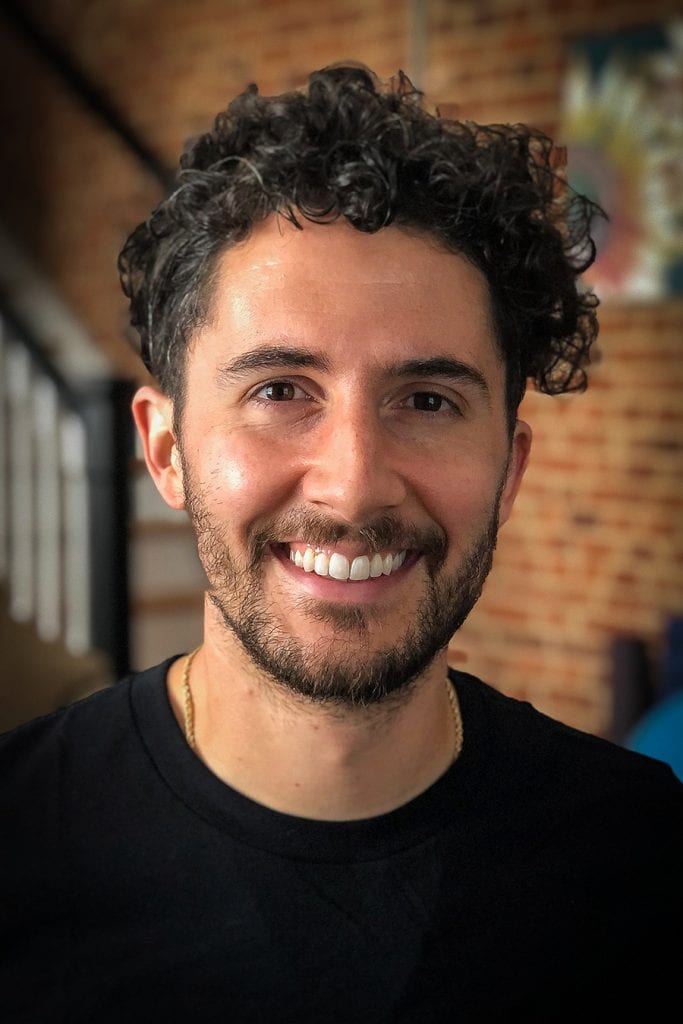 Eric Clayton is the deputy director of communications at the Jesuit Conference of Canada and the United States and the author of "Cannonball Moments: Telling Your Story, Deepening Your Faith" (Loyola Press). He joined the team in 2019 and produces content that invites deeper reflection on Ignatian spirituality and everyday life. He also guest hosts AMDG: A Jesuit Podcast.

He previously worked at Catholic Relief Services, most recently as the Campaign Content Manager, overseeing the development of prayer and advocacy resources aimed at promoting Catholic social teaching to a US-based audience. He has also managed social media channels for Maryknoll Lay Missioners, developed and directed retreats for the Sisters of Bon Secours and was an adjunct professor in the Mass Communication department at Towson University. His writing has appeared in America, National Catholic Reporter, Busted Halo, Amendo, Sojourners, Grotto Network, Give Us This Day and more.

He has a BA in creative writing and international studies from Fairfield University and an MA in international media from American University. He lives in Baltimore, MD with his wife and two daughters and their cat, Sebastian. 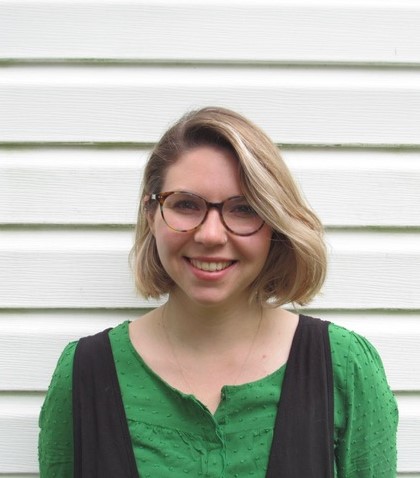