May 19, 2021 — From an early age, Maka Black Elk’s mother encouraged him to leave their home on the Pine Ridge Reservation and experience the world. Decades earlier, she herself had left the reservation to study law. She returned to defend the Lakota’s sacred Black Hills from land grabs and destructive mining ventures. “This is always going to be home,” she would tell Maka. “This is where you will return to.”

Like his mother, Maka Black Elk left the reservation for college, eventually earning two master’s degrees. Still, he always knew he would return. “For me, there’s a responsibility to be Lakota, to live out my belief that being Lakota is not limited by anything,” Black Elk says.

This sense of responsibility forms the bedrock of Black Elk’s work — first as a teacher at Red Cloud Indian School and now as the school’s director of Truth and Healing, facilitating a community process to uncover Red Cloud’s history as an Indigenous boarding school.

Founded by the Jesuits and Franciscan Sisters in 1887, Red Cloud’s history has spanned many turbulent and painful periods on the Pine Ridge Reservation. The Jesuits were invited to the reservation by Lakota Chief Red Cloud (for whom the school is now named) to provide education to the community. Some Lakota leaders, like Maka’s great-great-grandfather, Nicholas Black Elk, built close relationships with the Jesuits.

Despite these community relationships, the school was also part of a national U.S. policy to assimilate Indigenous peoples into white American culture. Through its Indian Boarding School Policy, the federal government compelled attendance at boarding schools where students were prohibited from speaking their language or practicing their culture. An estimated 100,000 children attended these schools — many of which were run by Catholic religious orders.

Though aspects of the assimilation policy ended in the 1930s, it was only in the 1970s that the federal government began to relinquish control over education to Tribal governments. This history fuels ongoing cycles of trauma in many Tribal communities. The U.S. government has made little effort to redress these wounds. In fact, outside of Indigenous communities, the history of boarding schools remains shrouded and largely unknown. In this vacuum, survivors cope with the trauma and consequences essentially alone.

Under Maka Black Elk’s leadership, Red Cloud is now developing a Truth and Healing process to confront its history as part of the Indian Boarding School Policy. He hopes to “open the door that we have intentionally kept shut all these years.”

As a graduate of Red Cloud himself, Black Elk often heard stories about the school’s past. But as he combed through archived records of student rosters and administrator reports, he uncovered sobering details about life at Red Cloud in the early 20th century.

The school opened shortly after the Pine Ridge Reservation was created. Until the 1870s, the Lakota Tribe traversed thousands of miles across the current-day Dakotas, Nebraska, Wyoming and Montana, following buffalo and other wild game. When an expedition found gold in the Black Hills, the U.S. government scrambled to wrest control of the land from the Lakota. After years of war, the U.S. government forced Lakota to settle on Pine Ridge and neighboring reservations. Within 20 years, the U.S. had whittled away another nine million acres of Lakota lands, leaving the Lakota with a fraction of their homeland.

Barred from traditional, long-range hunting they had practiced for generations, Pine Ridge families struggled with poverty and hunger. Chief Red Cloud hoped that, in bringing the Jesuits to the reservation, the next generation of Lakota would be better equipped to survive in “the white man’s world.”

By 1889, over 100 students attended what was then called Holy Rosary Mission. Apart from summers and holidays, students lived at the school away from their families for 10 months of the year. Half of the day was devoted to schooling — taught exclusively in English — and the other half to chores around the mission — laundry, cooking, farming and carpentry.

Students were forbidden from speaking their native languages, and order was at times enforced through physical punishment. When children tried to escape Holy Rosary, according to Black Elk, the Jesuits enlisted the help of Indian Agency police to “drag children back.” Federal policy required boarding schools to report “truancy.”

Even for students who formed close and caring relationships with Holy Rosary staff, Pine Ridge pastor Fr. Brad Held, SJ, says “there still are systemic societal outcomes to this that [the Jesuits] have had a hand in.”

As the school grew, Indigenous children from across South Dakota were sent there. Disease spread easily. Black Elk has scanned years of records kept by the German Franciscan Sisters who helped run the mission. In dry, neutral language, they totaled the number of children who died each year. “It was incredibly difficult to read,” says Black Elk. “It’s haunting to think about.”

Such school practices extended beyond Holy Rosary. At the height of the boarding school policy, over 350 schools received federal funding to educate and assimilate Indigenous children. The assimilation approach was based in a lie, explains Black Elk. “The lie that we were inferior, the lie that we were less than. Over time, the community starts to believe that lie.

“There’s a lot of anger about the boarding school history,” he says. “There’s a lot of anger about the ways in which Christianity as a whole came to this community and deliberately tried to assert that Indigenous peoples, that Lakota people themselves, were flawed and wrong and unworthy and not good enough. Anger at that paradigm, that is what continues to rob this community of its full potential.

“I think we can trace back a lot of the dissolution of family to some of that separation and the culture that it built,” says Black Elk. “That’s not something that Red Cloud is immune from either.”

The Need for Truth and Healing

In 1969, Holy Rosary was renamed Red Cloud Indian School as part of a “re-identification” meant to symbolize a partnership between the school and the Oglala Lakota Tribe. By 1980, Red Cloud had phased out its dormitories and became a day school only. The school has transformed its curriculum, offering Lakota language and cultural studies classes. The program has made significant gains in the effort to revive the Lakota language.

In 1993, Jesuit Father General Peter-Hans Kolvenbach offered an official apology to the Lakota people, saying, “I realize that we, as Jesuits, have at times been the source of some of [your] pain. For that we are deeply sorry.”

“From the Jesuit side, I think we had this idea of, well, we’ve changed,” says Fr. Held. While this is true, admits Fr. Held, the underlying harm to the Lakota has never been addressed. Fr. Held likens it to Superman and kryptonite. The new Red Cloud is still accountable for the past — it’s still weakened by kryptonite. “So the good of [these educational efforts] is being diminished and isn’t as strong as it could be,” Fr. Held explains.

By establishing a formal Truth and Healing committee, Red Cloud hopes to tackle the kryptonite head-on. In the fall of 2019, the school administration formed a working group, which included Black Elk, Fr. Held and other community members, and tasked the committee with investigating Red Cloud’s history as a boarding school. They called it “a year of learning” — attending conferences on boarding school healing, combing through Red Cloud’s archives and facilitating feedback and gathering initial testimony from key community members and Red Cloud faculty. From that, the group sketched an outline for a Truth and Healing process based on the research of Dr. Maria Yellow Horse Braveheart.

“Most often people want to talk about healing right away, but you can see that’s actually stage three,” says Black Elk.

Right now, the committee is focused on truth-telling. Their goal is to uncover the facts of Red Cloud’s history and the lived experiences of its survivors — through testimony gathering, community dialogue, archival research and an institutional acknowledgement of harm. Only after the truth is laid bare can Red Cloud and Pine Ridge understand and process its boarding school past.

These stages are not always linear, but Black Elk stresses that the desire to heal must come from the Lakota community. “That third stage of healing has to be dictated by the survivor community and their descendants and what they identify as their needs to move through this,” he says. “We can’t make anybody heal.”

The committee doesn’t know how the transformation stage will unfold. According to Braveheart, transformation “manifests in changed relationships.” It invites communities to forge a new path.

A truth and healing process is a vast undertaking for a small institution like Red Cloud. Unlike Canada or Australia, the U.S. has no formal framework for processing its boarding school history. But a new Congressional bill is trying to change that. Introduced in 2020 by Rep. Deb Haaland (who has now been confirmed as the first Native American Secretary of the Interior) and Sen. Elizabeth Warren, the bill would create a “Truth and Healing Commission on Indian Boarding School Policy.”

Red Cloud and the Jesuit Conference Office of Justice and Ecology are encouraged by the bill, which will be re-introduced this year. If passed, it would bolster schools like Red Cloud as they delve into their histories. And it would hold the federal government accountable for its role in establishing and maintaining these boarding schools.

Truth and healing isn’t just for survivors — it’s for society at large. “There is a responsibility of those who were the perpetrators and those who inherited the perpetrators’ legacy to admit [that history] and change what’s possible to change,” says Black Elk.

Catholic ministries have changed since the end of the boarding school era. But the scars remain. Unaddressed, they can dampen collaborative efforts toward solidarity and justice. With Haaland and Warren’s bill, the church has an opportunity to confront, process and heal from this history, too.

“We have to confront the ugliness of history and also try to forge new relationships going forward,” says Aaron Pierre, SJ, who taught at Red Cloud and served on the Truth and Healing working group.

For Pierre, the Truth and Healing process evokes the four stages of St. Ignatius’ Spiritual Exercises, which form the core of Jesuit spirituality. The Exercises begin by asking the retreatant to “sit with our own imperfection, the ways in which we’ve distanced ourselves from God,” Pierre explains. By the end, the retreatant is transformed, “laboring alongside Christ in a new way.

“That framework really runs the spiritual movement of our lives as Jesuits,” says Pierre. “And I think can so easily be lined up with the work of truth in healing and reconciliation.”

The Exercises push us to ask ourselves: Where does the Body of Christ suffer today? How have I contributed to that harm? How can I pursue a more just path at his side?

Likewise, truth and healing processes present us with an opportunity for radical change. In undertaking this process, we embrace the unknown and emerge anew.

The Truth and Healing committee at Red Cloud reflects a commitment to a reimagined future. “I’m faithful in the sense that I think this process is sacred,” says Black Elk. “My hope is that through this process — no matter what the outcome is — the outcome is only something that makes us better, that gets us closer to justice, that is welcomed by God.”

To learn more about Red Cloud’s efforts, listen to our podcast with Maka Black Elk. 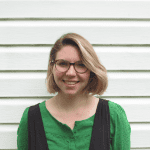