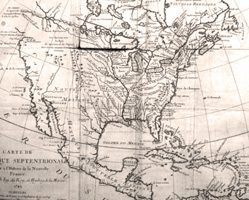 Although each province has its own administrative headquarters, the five provinces of the United States and the province of Canada are organized into a conference to promote common goals and oversee international projects. Headquartered in Washington, D.C., the Jesuit Conference of Canada and the United States provides liaison staffing among the six provinces, various national associations and the Society’s international headquarters in Rome.

In 2004, Jesuit Father General Peter-Hans Kolvenbach asked the Society of Jesus in the United States to begin a process of “strategic discernment,” of how we can best respond to the apostolic needs of the people of God in the future.

BelowThe vision described our mission as solidarity with “the least” and with “all” and challenged us to renew our existing commitment to Christ.  Responding to the Call of Christ (2008) provided the concrete directions for the mission.  Approved by Father General Adolfo Nicolás and promulgated by the provincials, Responding articulated mutual agreements in the areas of ministry, partnership, Jesuit life and governance.

The goal of strategic discernment was never simply reconfiguration.  The goal was and continues to be vibrant ministries, partners rooted deeply in the Ignatian tradition and Jesuit communities that serve and inspire us toward a future rich in the service of Christ’s mission.

Below you will find links to key documents related to strategic discernment.

The Society’s Superior General appoints a president to oversee the work of the Jesuit Conference. The Jesuit Conference Board is comprised of the six provincials of Canada and the United States. Secretariats under the direction of the executive secretary/socius advance its mission.

The Apostolic Preferences energize the Bishop of Inongo

Discernment and Leadership: A Jesuit contribution to the Church

Proposing silence in an unbridled culture