From Brother to Brother: An Unusual Jesuit Christmas Gift 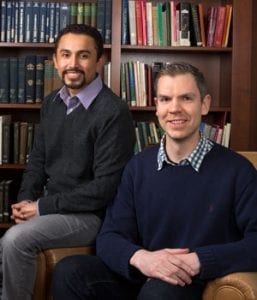 January 20, 2016 — There’s nothing worse than a hospital stay right before Christmas — unless, of course, the hospital stay is the delivery mechanism for the best holiday gift of all.

On December 21, Edin Barrera, SJ, 34, was admitted to Northwestern Memorial Hospital in Chicago. Barrera, who is studying at Loyola University Chicago to become a Jesuit priest, had suffered from kidney disease for years, and his condition was declining. He needed a Hail Mary pass, and while he assumed that the most logical person to donate a new kidney would be his own brother, it was instead a Jesuit brother who gave Barrera the most precious gift he’s ever received. 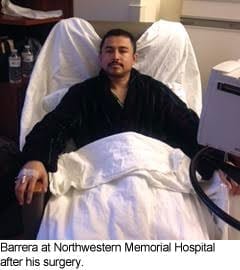 For on the same day that Barrera was admitted to Northwestern, Ryen Dwyer, SJ, 34, also changed into a hospital gown and received a souvenir wristband. Dwyer, also a student at Loyola Chicago, is a fellow Jesuit and, therefore, considered a brother not only to Barrera but to thousands of men around the world who comprise the Catholic Church’s largest religious order. Like any loving brother, Dwyer heard a call and answered it.

Searching for a new kidney is a delicate process. Barrera laughingly recalls, “I’m not the type to go and ask for something like that.” When Barrera’s younger brother wasn’t a match, Father Jim Prehn, SJ, the rector of the Ignatius House Jesuit Community at Loyola Chicago, announced to the community that there was a young Jesuit in need of a kidney. “If anyone wants to come forward,” he said, “let me know and we can talk about it.”

Sitting among his brothers, Dwyer “felt a desire to respond right away.” Dwyer himself had only arrived in the community the month before, but he felt strongly that God was guiding him to give his kidney. Throughout the process, Dwyer says, he prayed “that I would continue hearing God’s voice.”

God is very present to these two Jesuits, in good times and bad. When Barrera was diagnosed with kidney disease in 2003, he felt God was near. “When I was diagnosed, of course it was difficult for me to hear. I was very young and wanted to live,” says Barrera, who loved to run and was physically fit. “But God was there.” 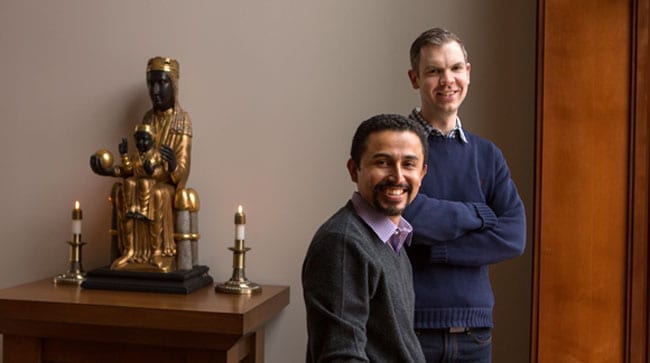 God is very present in both Jesuits’ lives.

God was there too when Barrera, who was born in Guatemala but raised in Los Angeles, served as a hospital chaplain prior to joining the Jesuits in 2011. Helping those who were ill and struggling with diseases and caring for patients solidified his call to the priesthood.

Far from Los Angeles, Dwyer is a Midwesterner who grew up in West Michigan and lived in Evanston, Illinois, for many years before entering the Society. He was attracted to the Jesuits and their unique spirituality because of the Jesuits’ desire to look for God’s voice in every moment, every decision. 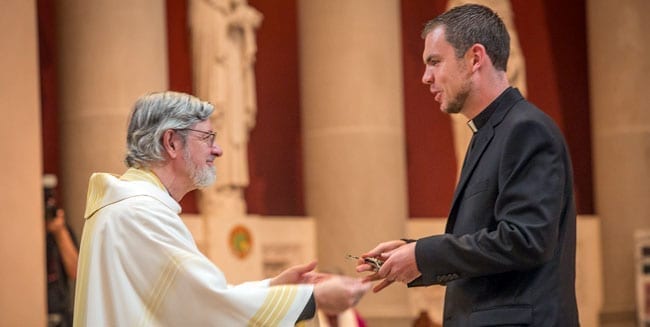 Dwyer professing his First Vows in the Society of Jesus in 2015.

Throughout the process — from the moment he volunteered to be a donor through the many tests that followed — Dwyer says he always felt an unusual peace. “I really feel on a deep level that it didn’t come from me.” And the peace Dwyer felt continued, even on the day of the surgery. “It just felt like the most natural thing in the world,” he says.

Within four hours, both surgeries were complete. Fr. Prehn, who was one of the first people to visit the hospital, recalls telling Dwyer, “You saved Edin’s life.”  Dwyer’s simple reply, “God is good.”

Though it can sometimes take days for a kidney to function correctly, Barrera’s new kidney began working immediately. Dwyer left the hospital the next day; Barrera followed a day later, feeling instantly “stronger and healthier.”

Both Jesuits were out of the hospital and back home in time for Christmas. “It’s a gift; Ryen gave me a part of himself,” Barrera says. What Dwyer probably didn’t anticipate, though, was that the kidney would take on a whole new identity once outside his body. 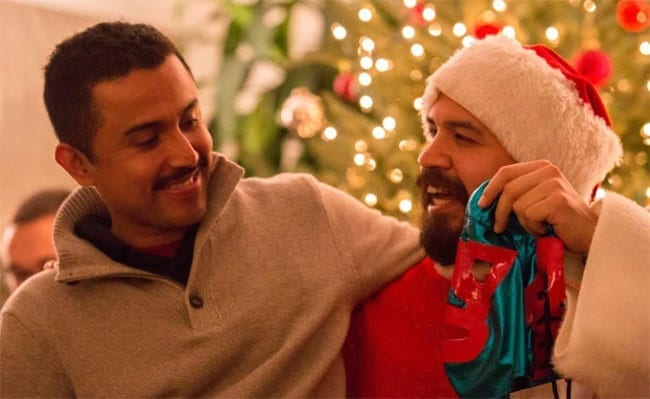 Barrera (left), with Jesuit scholastic Marcos Gonzales, the night before Barrera’s surgery. Barrera was back home in time for Christmas.

For fun, some scholastics in the community decided to name Barrera’s new kidney Janette. Why Janette? No good reason. But Barrera had always loved the name Camila so, to compromise, the new kidney was dubbed Camila Janette.

The entire experience provided a deeper meaning to the Christmas season. “This whole thing had to do with the body, with flesh, and at Christmas, we have Christ, God being born into the flesh. I’ve been able to take the experience at a deeper level, especially with the Eucharist, thinking about our God who became flesh for us and ultimately gave himself up for us,” Dwyer says. 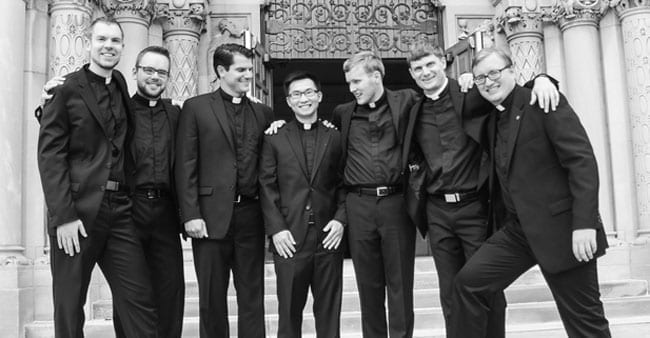 Dwyer (far left) with some of his other Jesuit brothers after First Vows.

Both men have also become vocal advocates for organ donation. “I want people to be educated about the importance of organ donation,” Barrera says. “Ryen gave me more life. If it wasn’t for him, I’d be on dialysis. That’s not the life I want.”

“I don’t want to say how easy it is, because I understand that it’s not easy,” Dwyer added. “But there’s no reason that anybody should die of a disease that can be treated through organ donation when people are available.”

With surgery behind them, Dwyer, Barrera and Camila Janette are back to their studies at Loyola Chicago, proving that two Jesuit scholastics, a donated kidney and the Holy Spirit make for a great Christmas story. 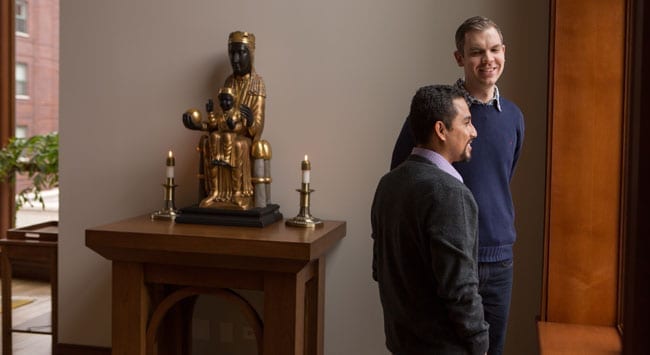 With surgery over, Barerra and Dwyer look toward the future of their Jesuit formation.