How Do We See Suffering? 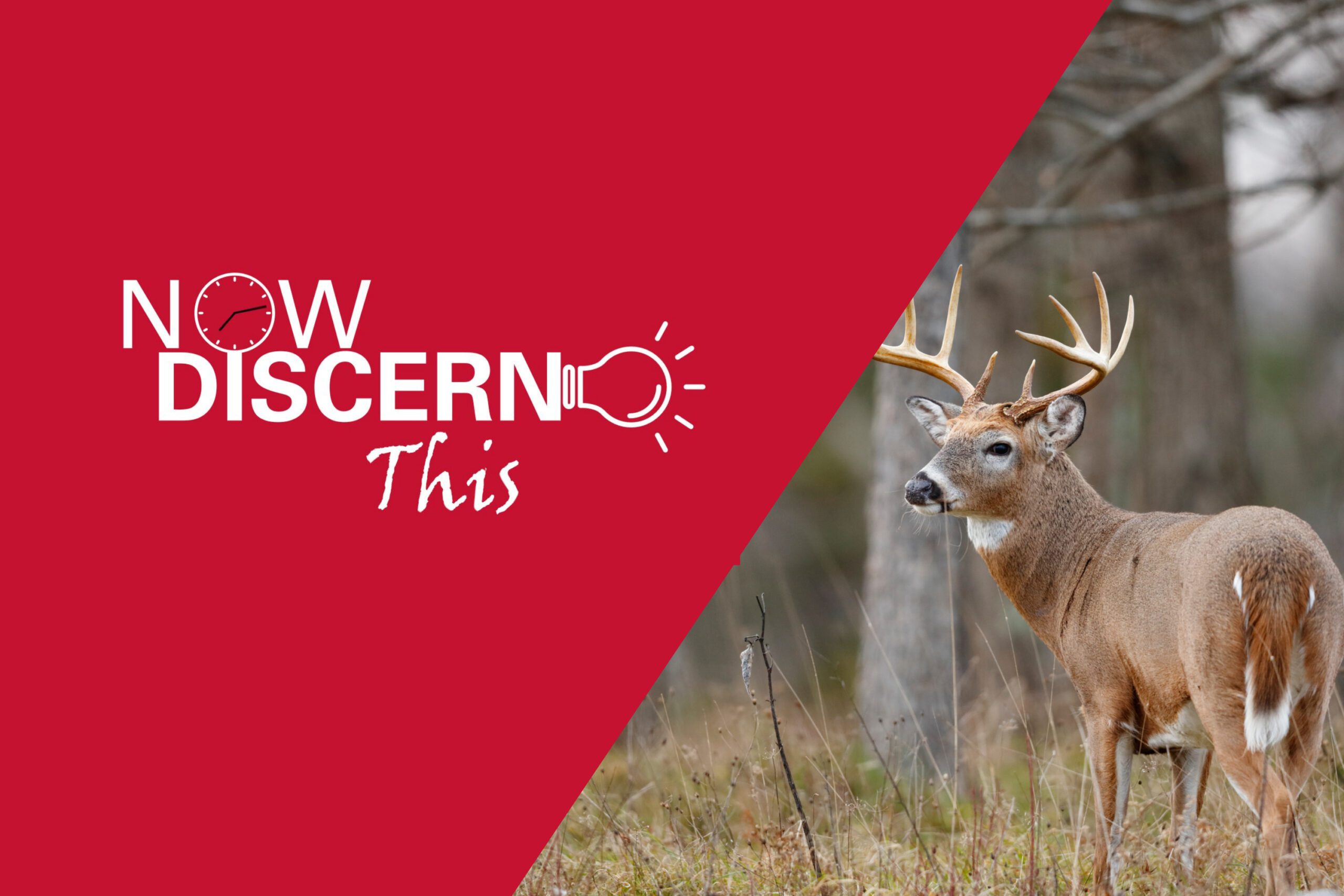 One way I know the days are getting longer is that I no longer drive to the girls’ gymnastics class in the complete and utter dark. We have some long, lonely roads near us – the darkness is felt. But now, the waning light illuminates the road. I can just glimpse families of deer roaming nearby; I see neighbors pulling into their driveways, unpacking groceries.

Our way back from gymnastics class, though, might as well be at midnight – that’s how dark the roads are.

Which is why the two cars on the side of the road with their hazard lights on were so noticeable. That, and one of the cars was facing the wrong direction.

“Is there an accident?” my eldest asked from the back seat.

“I don’t think so…” The cars seemed fine; one man was milling about in the grass, a flashlight in hand.

That’s when I first noticed the deer. It was sitting in the grass, not more than a dozen feet from the man outside his car. I saw the gentle silhouette, lit both by the flashlight and blinking hazards.

And I remembered that family of deer we’d passed.

Maybe it’s okay, I thought. The animal seemed to be alert, best I could tell. Resting, watchful. Just a flesh wound.

But then I saw the other deer, further off and down the slope. It was decidedly not okay. And that other deer – the one I assumed was resting, watchful – now looked different in my mind’s eye.

“So is it an accident, Daddy?”

I went back out later that night to meet some friends for drinks. I took a different route, a decidedly longer route, so as to not pass by that sad scene again. But on my return — and it was really dark at this point — I’d forgotten about the deer and my hesitation to pass by it, and instead again found myself slowly cruising along that long, lonely road.

I drove slowly, cautiously, feeling something welling up in my gut. Nerves, perhaps. Sorrow. Discomfort.

I didn’t see the first deer resting, watching, mourning anymore. It had moved on, finally.

But I did see the second deer. It hadn’t moved. And it never would again.

I wrestled with the discomfort I had felt, the fact that I’d gone well out of my way to avoid what is not a terribly uncommon scene: a dead deer on the side of the road. Was it that I’d seen the family of deer together and on the move not so long ago? That I’d witnessed the lone mourner standing watch over its fallen companion?

Perhaps. What mattered most, though, was the fact that even now, even here, I’d done all I could to avoid this simple scene of suffering.

Here’s the thing: Even the best answer to the question of suffering in our world falls short – especially when we ourselves find suffering and sorrow and hardship and hurting right there at our doorstep. The most heartfelt attempt at empathy can still feel distant, intellectualized and inappropriate.

Suffering, though, is unavoidable. And this truth, I think, makes us uncomfortable.

I think of my effort to avoid that deer. Even in an animal I didn’t know, an animal as common as a deer, this scene of sorrow is one I attempted to circumnavigate. It would be better if it dissipated from my mind.

But that’s not how life works. And that’s not how God works, either: Our God who — rather than float above suffering — entered deeply into it. Our God who experienced what it was to suffer, to lose friends and to struggle with purpose, to bear physical pain as well as spiritual.

We cannot avoid the inevitable suffering in our lives. And in fact, our effort to do so will likely take us off course, winding away from where we really need to go without actually providing the healing we likely need.

Instead, in the face of the inevitable, let us stay watchful, alert, ready – if necessary – to be that solitary silhouette of mourning, sitting in the darkness, illuminated by lingering light.

Eric A. Clayton is the author of Cannonball Moments: Telling Your Story, Deepening Your Faith (Loyola Press) and the deputy director of communications at the Jesuit Conference of Canada and the United States. His essays on spirituality, parenting and pop culture have appeared in America Magazine, National Catholic Reporter, Busted Halo and more, and he is a regular contributor to Give Us This Day, IgnatianSpirituality.com and Dork Side of the Force, where he blogs about Star Wars. His fiction has been published by Black Hare Press, the World of Myth Magazine and more. He lives in Baltimore, MD with his wife, two young daughters and their cat, Sebastian.