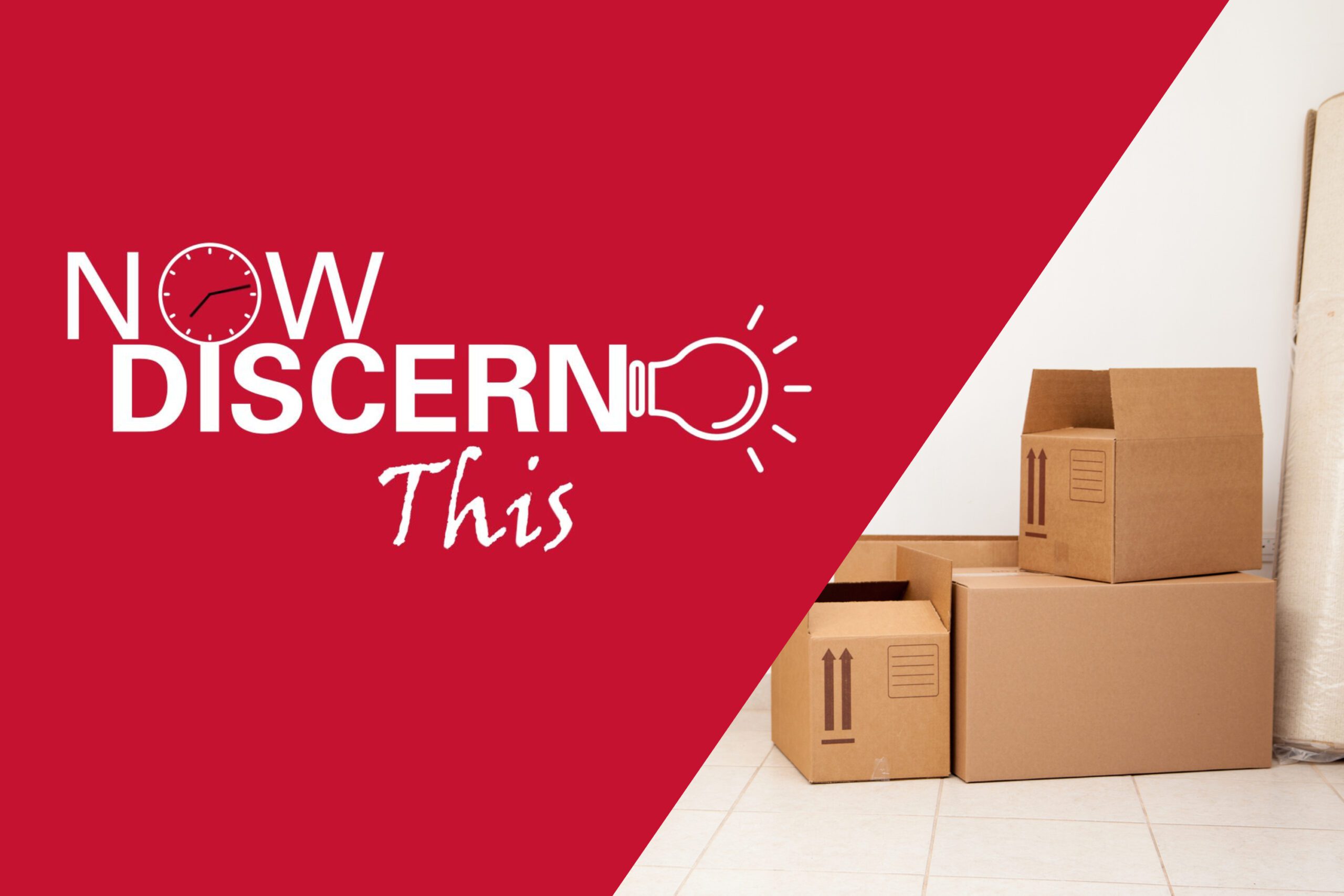 We recently moved into a new home.

“Are you excited about the house?” I asked my almost-five-year-old. This was in the weeks leading up to the move, as we were gently reminding our daughters that they’d have a new room, a new backyard, that transition and change were coming.

Not what I wanted to hear, but not surprising either.

I smiled. “We’re taking all of our stuff — all of your stuff. It’ll all be in the new house. We’re not leaving it here.”

A slow nod. “But Sebastian. I’m sad to leave him.”

Sebastian’s the cat. We weren’t leaving him either, I assured her. That sort of thing is frowned upon.

She kept nodding, thinking. Some of that sadness and uncertainty dissipated. We started talking about what sorts of games we might be able to play in our new backyard.

And, as is the way of things with kids, we moved on, the conversation going elsewhere, something new grabbing her attention.

My wife and I laughed about it later. “Can you imagine? She didn’t think we were going to bring any of our stuff! She thought we were going to leave the cat!” We chuckled as we filled boxes upon boxes with the aforementioned stuff.

Here’s the thing: I, too, have drawn great comfort from the old and familiar in the new and unexplored. Seeing that beat-up couch in its third living room; hanging that Star Wars-inspired art next to my bed — same place, different wall; and, unloading the same books, same kitchen supplies, same seemingly endless collection of mugs — I do feel better having the well-worn stuff of the past finding new space in the present.

It’s a thread that connects me and my family to where we’ve been, where we spent so much of our time, happy moments and powerful memories that, perhaps, we will be able to recreate in a new home. New rooms, same stuff, same potential for dance parties and giggles and forts and all of it.

But my daughter’s question has left me to wonder: Does the stuff I possess have too much possession over me? Even in the good it represents?

Ignatius invites us to pursue indifference in our spiritual lives. “We must make ourselves indifferent to all created things,” he writes. “As far as we are concerned, we should not prefer health to sickness, riches to poverty, honor to dishonor, a long life to a short life. The same holds for all other things.” (SE 23)

We all have things that are important to us, that connect us to stories of our past selves, our family, our community. It’s things like these that make moving into a new place, a new home, bearable, right? We bring with us something of who and where we’ve been – and with it, the promise we might be those people still.

But what if we didn’t? What if we showed up with nothing but ourselves and our God? Would we feel impoverished, empty, lacking? Or, would we realize that God has given us the good things of this world to appreciate as we need them – and to then share with others? Would we realize that, in our lacking, we actually have a whole lot?

Perhaps you, too, have moved recently: a new home, a new city, a new job, a new way of living. Perhaps not a move but something else that has brought you face-to-face with the stuff that matters to you.

Think on that stuff, how it anchors you. Then, think on what it might mean to lose it. What feelings rise up in you at the prospect?

There, in that space, is the opportunity to engage Ignatian indifference, to invite God into the recesses of your inner life. I wonder if, in so doing, we might find that letting go, holding loosely, that which is familiar and comfortable might allow us to free up our grasp to better hold onto the things of God.

Indeed, we might better appreciate the good and the beautiful that our stuff represents; we might see beyond the stuff of it – the four walls, the 40 mugs, the toys and the books and the rest – and settle into the endless possibility of real good and real beauty, no matter where and how we find ourselves.

We might not, in the end, need all that stuff to capture what was and what might yet be. But we will certainly keep the cat.